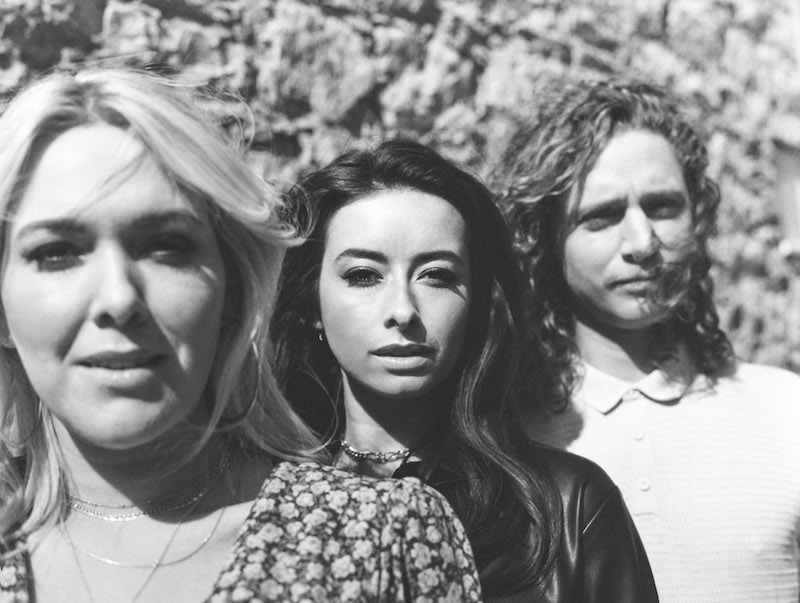 After shooting to the forefront of the UK folk/Americana scene with their debut album Wild Silence, The Wandering Hearts headed to the genre’s spiritual home of Woodstock at the start of 2020 to work on a follow-up.  The result is their forthcoming self-titled album, which will be released on July 30th, which they have today launched with the new single “Gold”.  It represents their first release under a new deal with Cooking Vinyl.  The Wandering Hearts headed deep into the Catskills, where producers Simone Felice and David Baron hosted experimental and spiritual sessions in a studio packed with vintage instruments.  The album echoes the timeless songcraft of Fleetwood Mac and Simon & Garfunkel with the pure passion of Jade Bird and The Lumineers.  It’s a record that celebrates life, new beginnings, and striving to shine through a darkening world.  The new single “Gold” opens with the gritty, fervent soul of AJ Dean-Revington’s vocals, before the band’s patented harmonies surge to the fore, while thunderous drums and a euphoric hook escalate the song’s drama.  It offers a timely reminder that challenging experiences will in time fade in favour of a better future.

The band, completed by Tara Wilcox and Chess Whiffin, commented: “‘Gold’ stemmed from the idea of something becoming more beautiful after being broken. We had chatted about the Japanese art form kintsugi, which repairs pottery with lacquer mixed with gold. This was the perfect imagery for what we were writing about. Our scars are a visual representation of our struggles and our stories of loss are stories of survival. ‘Gold’ feels even more connected and poignant now, after a year of so much loss and everyone just trying to survive.”

The single release is accompanied by the stunning official video.  Directed and shot by Jackson Ducasse (Dua Lipa, JC Stewart), it was filmed in the Northampton countryside and sees The Wandering Hearts surrounded by beauty and nature, perfectly complementing the sentiment of the song.  The album will also feature “Over Your Body”, and will be released on CD, LP, cassette and download and is available to pre-order HERE.  The band’s Official Store also has exclusive signed bundles including T-shirts, limited cream LP and gold cassette.  Wild Silence propelled The Wandering Hearts upon a remarkable journey.  After a personal invitation from the legendary Marty Stuart (who wrote and performed on the new song “Dreams”), they became the first British band to make their US debut at Nashville’s iconic Ryman Auditorium and then play the Grand Ole Opry in the same week.  An early career highlight came at the UK Americana Awards, where they won the Bob Harris Emerging Artist Award and performed with Robert Plant, Mumford & Sons and Imelda May.  Two years on the road followed, which included sold-out headline tours, opening for Tom Petty and Stevie Nicks at Hyde Park, and support slots for Lukas Nelson and Justin Townes Earle.  Starting the year with virtual performances at AmericanaFest UK, Philadelphia Folk Festival’s Cabin Fever Fest and most recently, SXSW, The Wandering Hearts return to touring in the UK in August.  The band’s long-awaited intimate In Harmony headline tour, originally scheduled for April 2020, represents their first UK shows since early 2020.  You can connect with The Wandering Hearts via the following links.  Photo credit: Shane McCauly.