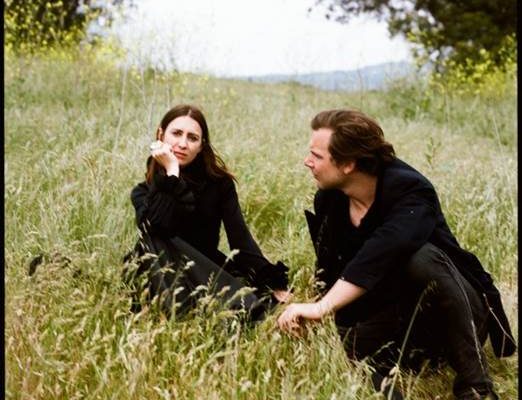 German indie pop duo HAERTS, who formed in New York in 2011 and consists of Nini Fabi and Benny Gebert, recently released an acoustic rendition of “Your Love” from their sophomore album New Compassion.  On June 21st, the duo will release their New Compassion (Deluxe) album via Arts and Crafts that will feature 7 revamped tracks from the album.  The tracks will include “New Compassion” and “In This Time”, as well as 4 tracks recorded live at Moroccan Lounge in LA- “The Way”, “The Creek”, “Fighter” and “Healing”.

New Compassion began as Nini Fabi and Benny Gebert’s first therapeutic steps after their split from Columbia Records following the release of their debut full-length. Filled with the sudden feeling of falling and the anxieties that accompany a shift in life, HAERTS – who had previously received praise from NPR, New York Times, Pitchfork, NOISEY, and Billboard, and saw the band secure festival slots at Coachella, Governor’s Ball, Bonnaroo, and Austin City Limits – struggled with the crippling fear of losing everything. Choosing busy hands over lingering sorrows, the band set out to fill the void they felt through writing, recording and self-producing an album that echoes the path they took to create it, freely create something, regardless of outcome, leaving New York City for the isolation of the Hudson Valley.

You can follow HAERTS and stay up-to-date with all music, band news and tour dates, as well as stream and purchase their music, via the following links.  Check out “Your Love” (acoustic) below. Photo Credit: Julian Klincewitz