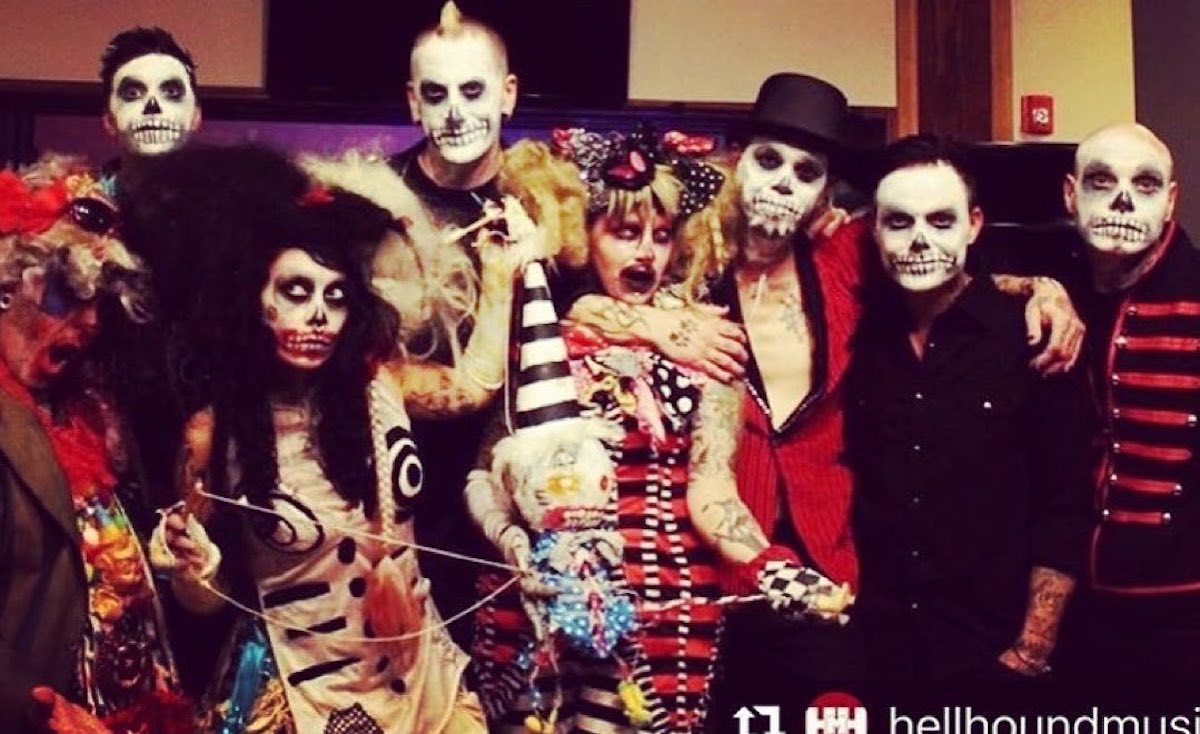 The Joy Thieves is a Chicago-based post-industrial rock collective founded by Dan Milligan that encompasses the very essence of collaboration.  Comprised of over 30 musicians, the collective has included current, former and touring members of Ministry, Revolting Cocks, Pigface, Marilyn Manson, Stabbing Westward, The Machines Of Loving Grace, Skatenigs, Mary’s Window, My Life With The Thrill Kill Cult, Blue October, Ashes Divide and more.  With a sound that has been described as “Raw, yet precise.  Combative, but refined.  Tribal, dark and aggressive but layered with haunting melodic harmonies”, The Joy Thieves blend the industrial sounds of the past with their own modern twist.  Signed to the UK label Armalyte Industries, the group released their debut EP This Will Kill That in August of last year, followed by their Cities In Dust EP.  The collective has recently released their latest EP entitled A Blue Girl.

Hot on the heels of their scorching ‘Cities In Dust’ EP, released in October of last year, the Chicago industrial supergroup returns with a radio friendly unit shifter of a track.  Catchy, yet still corrosive, “A Blue Girl” trades the band’s usual blunt force trauma for something more melodic, the addictive hooks a throwback to the huge, anthemic rock singles of the 80’s, but with some added ‘Thieves magic thrown into the mix. Elsewhere, the mighty Chris Connelly (Ministry, Revolting Cocks, Fini Tribe) returns on ‘The Badlander’, a grinding slowburn of a song that harks back to his days in Murder Inc.  The furious, punk-powered frenzy of ‘Dead Weight’ balances the Nina Hagen-esque ‘The Capsule Answer’.  It’s the sound of a band refusing to tread water whilst continuing to forge ahead into exciting new sounds and moods.  Joining the ever-expanding line-up this time around are Bradley Bills (Chant, KMFDM, Pigface, Lords Of Acid), Mimi Wallman (13MG, ONO, Ampyre), Gordon Young (Children On Stun, Dreams Divide), and Howie Beno (Ministry, Depeche Mode, Sheep On Drugs).  Returning for more are Dan Milligan (Drownbeat), James Scott (She Rides Tigers), Matt Clark (Mary’s Window), Louis Svitek (Ministry, Mindfunk), Marcus Eliopulos (Stabbing Westward), Andy Gerold (Marilyn Manson, 16Volt) and many more.

A Blue Girl is available on all digital platforms and as a limited edition digipack CD that comes with two Joy Thieves vinyl stickers.  You can follow The Joy Thieves and stay up-to-date on all upcoming music, collective and tour information, as well as stream and purchase their music, via the following links: