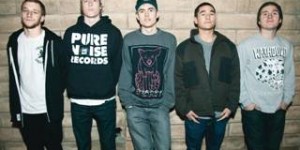 The Story So Far is proud to announce they’ll be part of the Slam Dunk Tour in the UK starting May 23rd in Newcastle and ending June 2nd in Kingston . Included in the dates are the band’s appearances at the three Slam Dunk Festival dates May 26th in Leeds, May 27th in London , and May 29th in Glasgow . The club dates will feature headlining act Hit The Lights with Transit and Decade also serving as support.