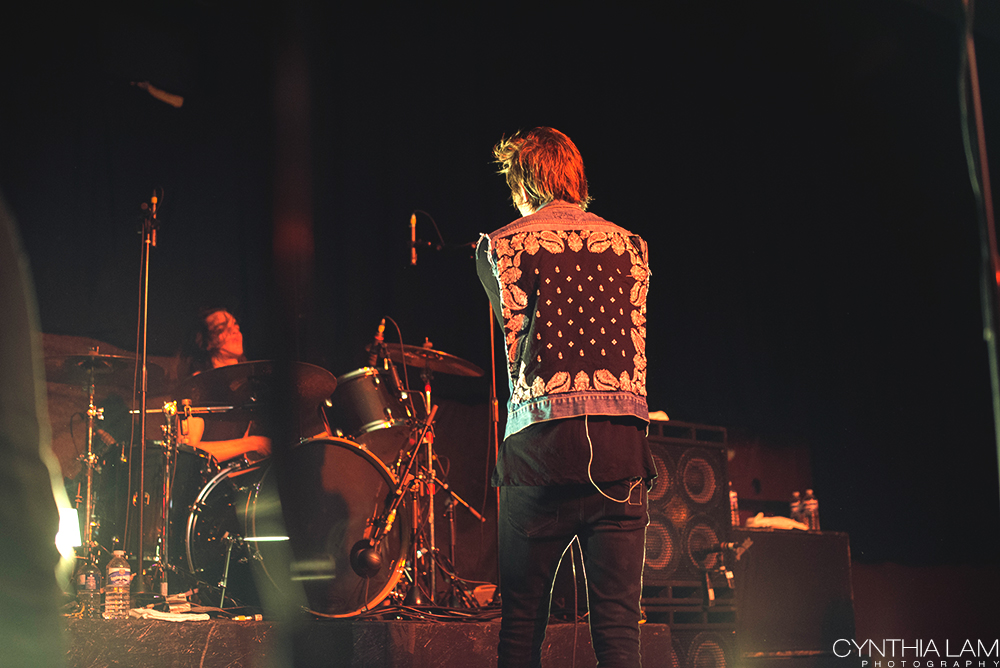 For a city that doesn’t see many shows since the closing of a beloved venue, hearing that four well-respected and talented bands were headed our way created a ton of buzz around the city. The 8123 tour consisted of The Maine, A Rocket To The Moon, This Century, and Brighten. The bands are all close with each other and have amazing chemistry which is a key factor to the success of this tour and specifically the Edmonton date.

Fans were already lined up outside the venue hours before doors had open, ecstatic to see one of their favourite bands live. Since their conception in 2007, The Maine has made quite the name for themselves and their changing sound. Their always changing sound and hilarity have brought in more than seven hundred fifty thousand likes on Facebook and a growing yet tight fanbase.

As soon as doors opened everyone rushed into the main hall of the dim lit Avenue Theatre. The set up was the same as every other show, but it was obvious that there was a different mood in the air on that summer night. Instead of the usual brutal, awkward -like atmosphere the venue gives off to newcomers, that night held one of community, belonging, and family.

Justin Richards took the stage first, doing some solo songs by Brighten. He performed beautifully, playing Brighten’s new songs along with some old – “Carolina” – and held crowd interaction really well. The next up was Arizona’s pop-punk band This Century. They got the crowd hyped up with their fun, dancy sound that brings people off of their feet. The band has wonderful chemistry on set and each band member is crucial to the live success of the band. Joel Kanitz has a very unique voice that sounds even better live.

After This Century played, A Rocket To The Moon took the stage for the first and last time in Edmonton. Since this is the band’s last tour, many tears and hard feelings were felt as they played a flawless set. They brought some members in the crowd a large sense of nostalgia with their old songs and also brought in new fans with their fun pop and country sound that they currently hold.

The crowd was cheering wildly as the last band and headliner of the tour took the stage. They definitely took it by storm with a strong opening song. The Maine is one of those bands who are able to make both their albums and live shows absolutely phenomenal. Hearing the songs live is very different from hearing it on the albums and there is no way of comparing which sounds better. They are both unique and great. They brought out the rest of their friends on the tour for their song “We’ll All Be…” as well which concluded the night off on a very strong, inspirational tone.

The tour stop in Edmonton was a definite success and brought music fans closer to their favourite band and also introduced them to new, similar bands to listen to. It was a perfect combination of bands and each band complimented the other perfectly. Not to mention, all of the members seem to be having a blast on the tour as well. If the tour stops by your city, be sure to attend! It’s a night to remember.