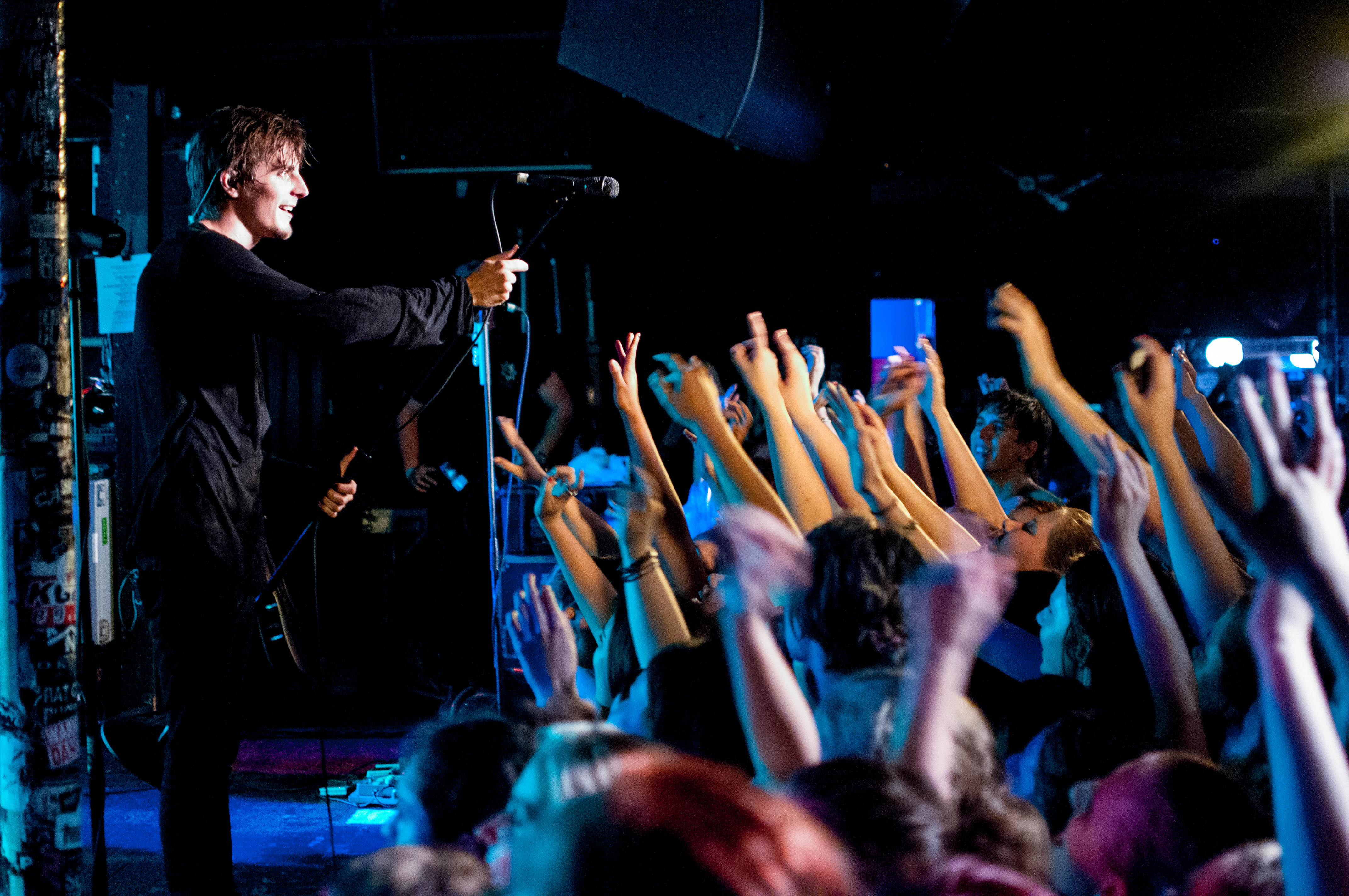 Seattle was sure in for a treat when the 8123 tour came into town. Opening up the show in the pint sized El Corazon was Brighten, A Rocket To The Moon’s Justin Richard’s band. Playing songs off of their latest release, Peace and Quiet, fans were in for a treat with the rare performance. The short, thirty minute set was jammed with acoustic tunes that span back to Brighten’s Be Human EP, a fan favorite. As a band that doesn’t do much touring, the special musical appearance of Brighten set the undertone for the entire night, anything but ordinary.

Arizona’s This Century were next on the lineup and, of course, they didn’t disappoint. Frontman Joel Kanitz could easily be compared to an energizer bunny, keeping the crowd moving around as the evening carried on. Playing new songs from their album, Biography of a Broken Heart, like “Skeletons” and “Slow Dance Night”, This Century was the perfect band to really get the crowd going. With their first Seattle appearance in almost two years, fans were more than excited to see them.

As their final performance in Seattle before they end their run as a band, A Rocket To The Moon took to the Seattle stage one last time. As a band that has played the El Corazon many times over the years, their set was bittersweet for the Seattle fans. Playing songs from their latest release, Wild & Free, fans had particular enthusiasm for the old favorites “If Only They Knew”, “Give A Damn” and “Like We Used To”. The musicianship shared between Justin, Nick, Eric and Andrew that make up A Rocket To The Moon allow their infectious songs to mesmerize anyone who is listening. Closing off their final set with “Mr. Right”, the crowd was the most ecstatic as it had been all night, sending the band off with nothing but positive vibes for their future.

By the time The Maine hit the stage, the walls were ready to burst with excitement. Opening up their set with their latest single “Love & Drugs”, the energy that the five guys that make up The Maine release onstage is something so difficult to describe. With Pat Kirch banging away on the drums, his hair flying all over the place, bassist Garrett Nickelsen running back and forth on the stage to the beat all night and guitarists Jared Monaco and Kenendy Brock egging the crowd on with the guitars in hand- the Arizona natives know how to put on a good show. It was lead singer, John O’Callaghan, that was surprising that night. Admitting that he was terribly sick during the day, he never faltered onstage, letting himself go and falling into the trance of the music he was singing. From strumming a guitar to pouring his soul out onto his piano during the ballad “These Four Words” to locking hands with screaming girls in the crowd, his presence onstage is forever captivating. Playing old crowd favorites from their past album releases like “Count ‘Em 1,2,3”, “Into Your Arms” and “Inside of You” – the well-rounded setlist appealed to all of the fans in the crowd.

Closing the show with “We’ll All Be”, a track fans know well, all of the members of A Rocket To The Moon and This Century joined The Maine onstage to sing and play along to the tune – showing off the family vibe that the 8123 Tour holds. A part from the fact that they are all on the same label, each musician on the tour share a special bond with each other – whether they were friends in grade school or simply old tour mates, the 8123 Tour is unlike any show out there. While it appeared to some as just a group of musicians playing and laughing together onstage, the performance showed a reunion of friends getting together one more time to sing along.