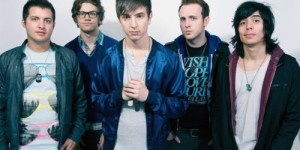 Kade Holloway the lead vocalist of Dallas, Texas band The Hit has confirmed on his tumblr page that this year the band will be releasing two albums (not EP’s). After last year first record was put on hold several times The Hit’s fans will be happy to know what’s to come. Also if you’re in Plano, Texas, The Hit will be playing their first show of 2011 on Jan. 29th at the Door and if you’re in Houston, TX they’ll be preforming at OTENKI single release show at Numbers Night Club.