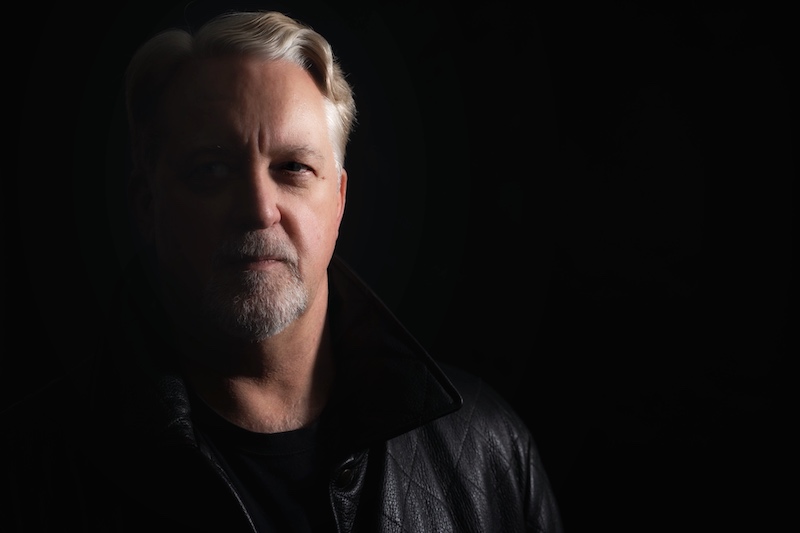 Genre-bending indie band The High Plains Drifters have released the lyric visualizer for “Since You’ve Been Gone” off their forthcoming second album about love and loss. Directed by Lars Jørgen Sundnes Skaland, the visual depicts the story of a spaceman grasping for comfort as the memory of his love recedes into the vastness of outer (and inner) space. The track, which tiptoes between neon synths, airy bass, and a glitchy beat, was inspired by a particularly painful breakup when frontman Larry Studnicky was still young enough to believe in the theory of the ‘one and only’. His girl dumped him, broke his heart, and forever disabused him of that notion, but the pain inspired “Since You’ve Been Gone,” which captures the feeling of utter disbelief after your significant other leaves.  “”Since You’ve Been Gone” was written years ago from a place of great pain.  I was young, naive, and believed I had found my “one and only”. I was over the moon for her, so high that I could’ve been orbiting the sun, but she crashed me to earth in a fireball that burned my heart to a crisp. Being dumped by her triggered this song’s lyrics and melody,” shared Studnicky. “As I wrote the lyrics, I sought to capture that sense of devastation that comes from a huge heartbreak. There would be no brave face on this song’s narrator — he feels nothing but a crushing sense of loss and longing. And he’s too embarrassed to admit to anyone that she’s gone.”

The High Plains Drifters were sired after a night of too much booze and too little food at a Tex-Mex spot in the Manhattan neighborhood of Chelsea. Fast forward a few years and they boast one fan-favorite album—2019’s High Plains Drifters – and the critical acclaim of press and radio.  The group, led by frontman Larry Studnicky [lead vocals, lyricist], includes John Macom [rhythm/electric guitars, lead/backup vocals], Mike DoCampo [rhythm/electric guitars, backup vocals], Kyle Cassel [drums, backup vocals], Charles Czarnecki [keys, accordion, backup vocals], and Dave Richards [bass, backup vocals]. Their new release ups the ante with a bevy of undeniably catchy anthems about love and loss that fall somewhere between The Eagles and New Order, with more surprises to come.  Preceding the album, they closed out 2020 with the hilarious and hyper-charged renegade Christmas carol “Santa! Bring My Girlfriend Back!”  In addition to widespread support from Amazon and Spotify, Harper’s Bazaar touted it among “16 Funny Christmas Songs That Will Add Some Cheer to This Dreadful Year” and Spotify’s Listrionics podcast heralded the tune as “one of the five best Xmas and holiday songs that were released” in 2020.  In the end, The High Plains Drifters roll through your speakers with one purpose. “When one of our songs does its job, you’ll relate,” Studnicky adds. “They’re often about relationships, love lost, and love found. Within three-to-four minutes, I’m telling a mini-narrative that is an actual story with some drama to it. I hope you go, ‘Yeah, that’s happened to me’.”  You can connect with The High Plains Drifters via the following links:
Facebook | Instagram | Twitter | Spotify | iTunes/Apple Music | YouTube | Deezer