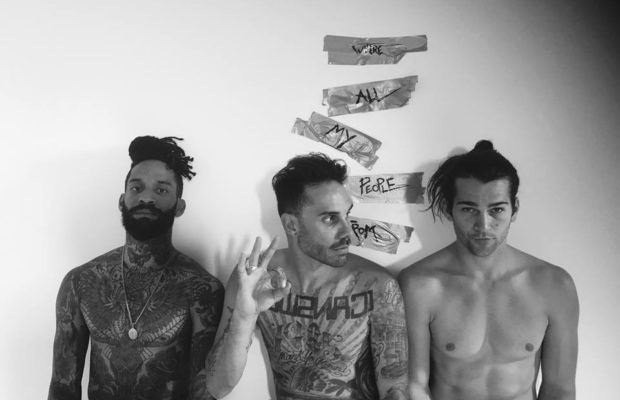 July of 2017, Jason Butler (former Letlive.) announced his new project alongside Aric Improta (Night Verses) and Stephen Harrison (The Chariot), entitled The Fever 333. The band’s debut was at Randy’s Donuts in Inglewood, CA on July 4.
Since then, they have performed two more shows, and are scheduled for a performance on February 1, along with Musink in March and Rock On the Range in May.

However, the band has also been up to something, and may be hinting at an upcoming album or single. Fans have begun posting on social media platforms with photos of bubble mailers they have received, addressed from The Fever 333, which appear to contain a note that says “Strength in numbers -333” and an enamel pin with The Fever 333’s name and cat logo.

The band has not posted about these mailings or addressed them, but it could be assumed that “Strength In Numbers” may be the name of an upcoming album. More photos similar to those above can be seen on Instagram.