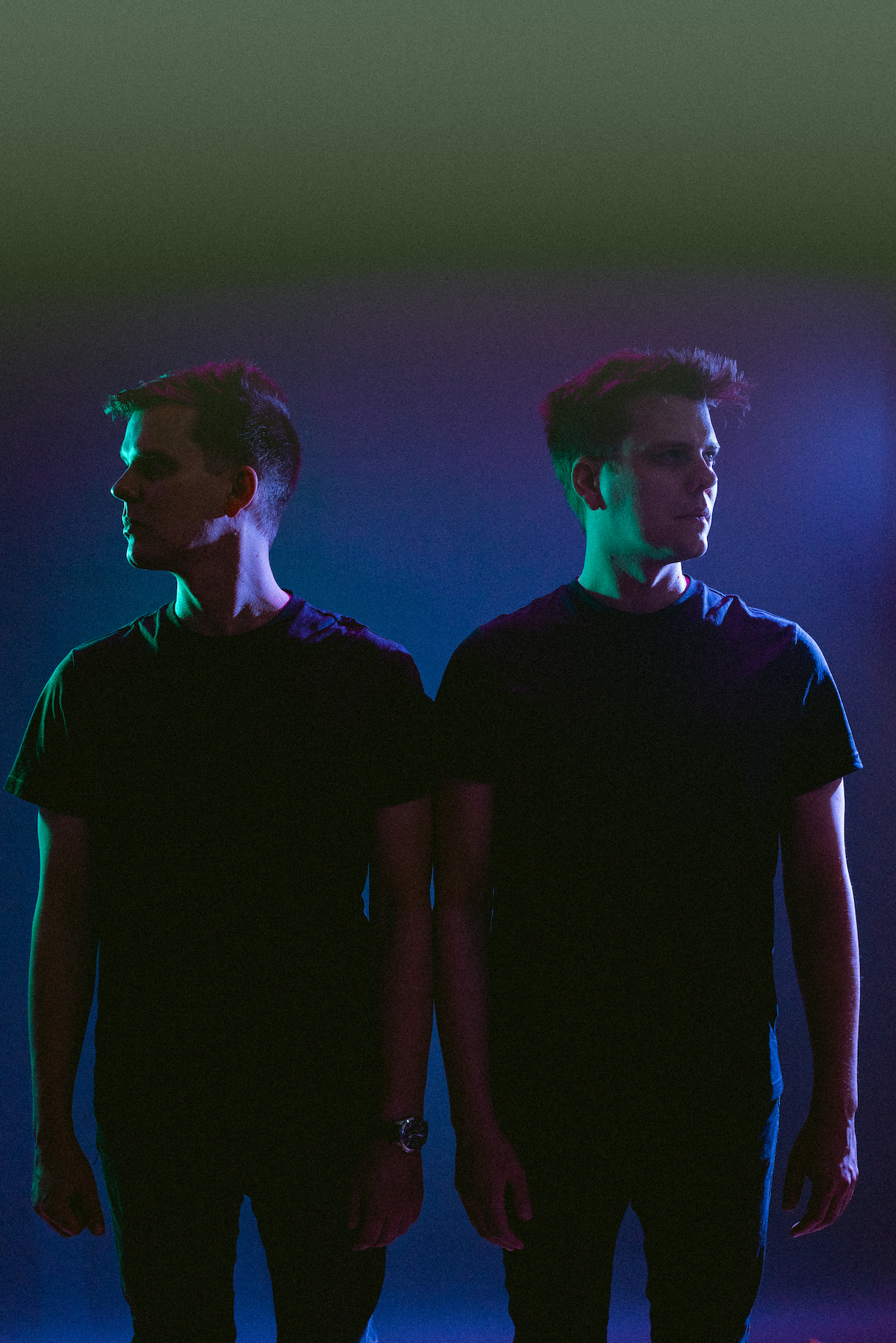 Synthwave meets future pop on Los Angeles-based indie duo Calico Sky’s official debut single “Stay in Bed.”  Twin brother duo Calico Sky is known throughout the Los Angeles community as strong supporters of the local underground.  “Stay in Bed” is a direct result of quarantine boredom that occurred this past March.  Jonathan and Joel were digging through their closet and stumbled across the original recording of “Stay in Bed,” coincidentally the first song they ever recorded as a duo. Given the appropriateness of the title with stay at home social distancing orders in place, the brothers began diligently working on the song again.  Layering Joel’s roommate’s brilliant saxophone playing on top of the catchy retro-inspired beats, analog and digital synths, drum machines, and memorable vocals created the perfect vibe.  “Stay in Bed” masterfully fuses a myriad of genres including classic rock, electro house, indie pop, contemporary, and synthwave.  “This was the first song we wrote and recorded together as Calico Sky,” says the duo.  “Originally, it was meant to be a silly song about hating mornings (we’re total night owls), but now, during the throes of a global pandemic and statewide lockdowns, it’s taken on a new meaning.  If you are able to, stay home, and stay in bed.”  Calico Sky pays homage to artists such as The Police, Giorgio Moroder, and George Michael.  Herein they produce an undeniably catchy contemporary record largely accented by a retro throwback feel. “Stay in Bed” marks their debut single release.

Emerging from Los Angeles’ Synthwave scene, Calico Sky seamlessly fuses together pop based melodies with a retro feel.  Raised by musicians in Texas, twin brothers Jonathan and Joel Nesvadba began serious musical training at an early age.  The twins taught themselves bass and guitar in high school after being inspired by The Beatles.  They then went on to study music at the University of Texas.  After college, Jonathan worked for GRAMMY-winning artist Larry Gatlin and Joel began studying medieval and renaissance music at USC where he is currently pursuing a doctorate.  Jonathan later followed him to LA where he would commence work as a recording engineer; he is now the studio manager for revered electronic artist Moby.  The twins have had the pleasure of backing up Moby in live performances with Jonathan playing bass and Joel occasionally on guitar and keyboard.  Notably, Jonathan backed Moby on The Late Show with Stephen Colbert and both brothers sang as part of Moby’s Void Pacific Choir on Conan.   In 2014 Moby invited many of his friends to produce unique covers of his song, “Almost Home.”  The brothers had already been experimenting with hardware synthesizers in their Echo Park home studio.  Inspired by David Bowie’s “Labyrinth,” they began developing a sound that evokes an ’80s feel, highlighted by Beatlesque vocal harmonies.  The project soon gave birth to Calico Sky, a melodic synth-pop nostalgia-infused project accompanied by McCartney-influenced bass lines and the lush tones of analog synthesis.  With lyrical pop melodies that explore the death of the California dream, Calico Sky’s catchy songs deliver authentic and relatable messages based on the hardships of living in Los Angeles and life’s other challenges.  You can connect with Calico Sky via the following links.  Photo credit: Jennica Abrams.