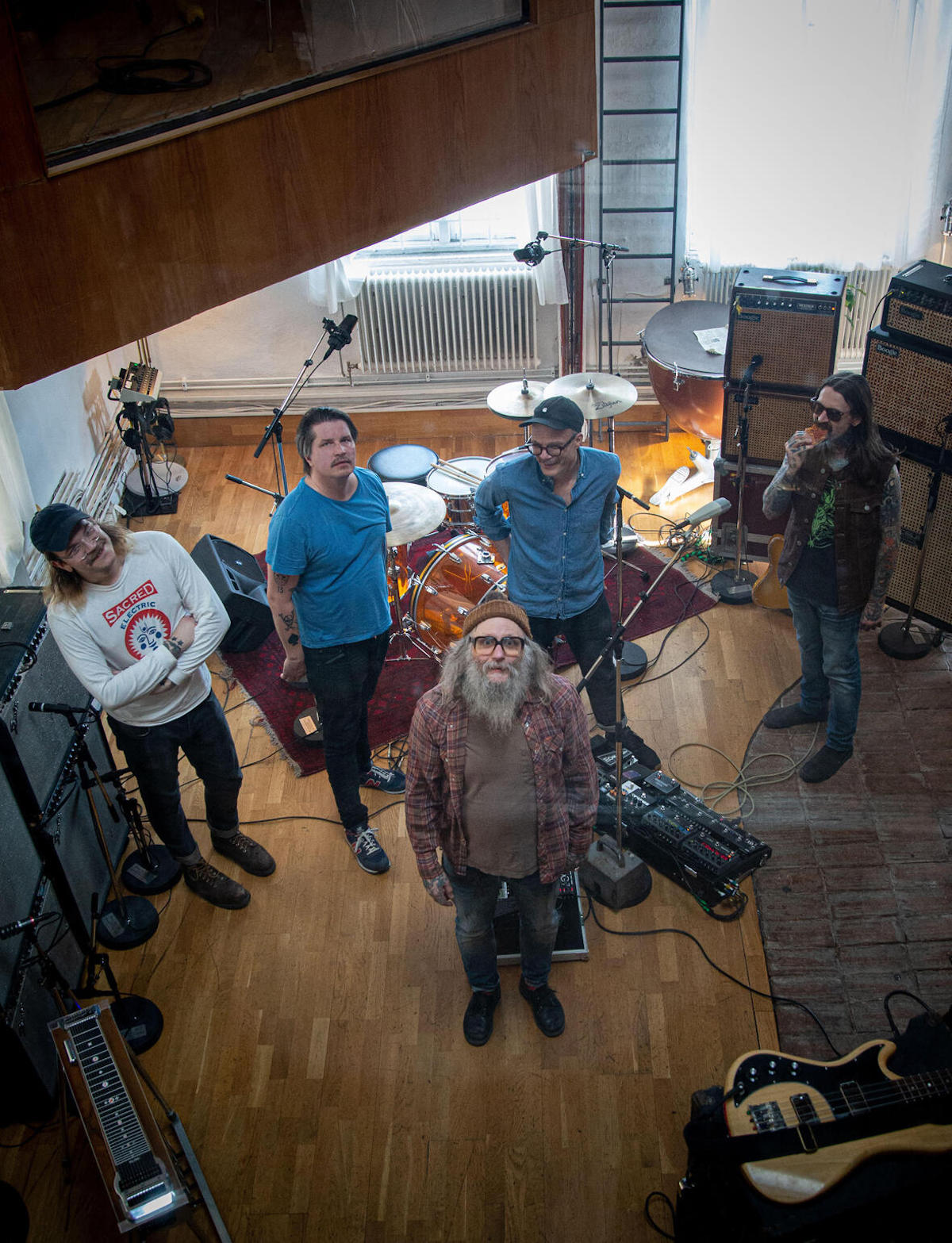 Swedish five-piece Omni of Halos shares the single ”Birds Follow My Path”. An explosion of skewed alternative rock music, topped with rich pedal steel melodies and bittersweet vocals, the single is the first taste of the group’s debut, self titled full length album, which will be released later this year.

”This riff came up some months ago, having my morning coffee and picking on my guitar on my couch. It felt like it was going to devour my brain; I couldn’t let it go. The lyrics came up laying in bed at night talking with my wife about how I try to pursue my dream, no matter how long it takes and how hard it is.”

The single is produced by Per Stålberg in Welfare Studios, mixed by John Agnello (Dinosaur JR, Sonic Youth, Kurt Vile), and released on Lövely Records. The artwork for the single is made by Viagra Boys’ frontman Sebastian Murphy. Invitingly warm yet intense and rugged, Omni of Halos arrives as a hypnotising explosion of noisy pop music derived from skewed, guitar-driven melodies. It is this honest blaze of creativity where Omni of Halos thrives and provides shelter to the misunderstood. Hailing from Gothenburg, Sweden, Omni of Halos is a five-piece band with lo-fi tendencies but live in heavy alternative noise rock soundscapes. It’s beauty and darkness combined. The band formed in late 2020, arising from various early Swedish indie and punk rock bands, and shortly after their formation, they entered Welfare Sounds Studio with Per Stålberg (Division of Laura Lee, Pablo Matisse, etc.). Equipped with a ton of riffs and a desire to explore what the studio surroundings would provide them as a recording unit, they came away from this first session having captured experimental and vibrant music that inspired them to continue down the same path. In quick succession Omni of Halos found their sound, navigated by blasting guitars interwoven with distinct, unorthodox pedal steel guitar melodies. A sound that producer and engineer John Agnello (Sonic Youth, Dinosaur Jr, Kurt Vile) further enhanced when he took on the opportunity to put the final touches on the recordings by mixing 10 tracks at his studio in Raleigh, North Carolina. “We just wanted to play massive indie rock with no limitations or influences” says singer, guitarist and songwriter Henrik Hjelt Röstberg.

The meeting between John Agnello and Omni of Halos sparked what then became a friendship as the synergy between him and the band was something that extended beyond these first mixes. Af-ter working on the 10 tracks they continued working on more new music and that would then lead to Agnello crossing the pond, setting up in Sweden with the band to continue working. The recordings continued at the legendary Swedish studio Svenska Grammofonstudion and the result of that is will soon be released as the debut album. “We aim to be a hard-working band, stay on the road and accomplish memorable live performances where our music is at its best.”, says Henrik Hjelt Röstberg. You can connect with Omni Of Halos via Spotify | Facebook | Instagram. Photo credit: David Hultesjö. Bio taken from press release.