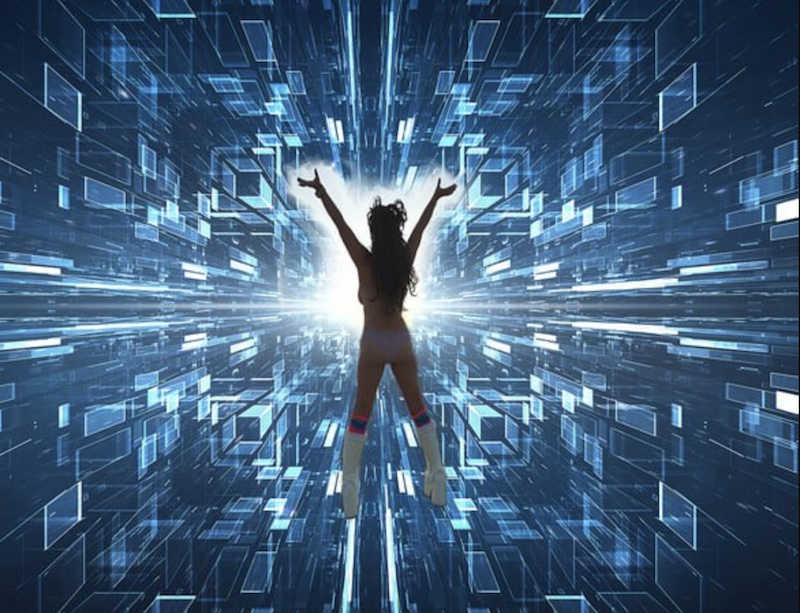 Star Goes Nova‘s latest release, “The Ocean Between Stars“,  is a neoclassical electronica sonnet about the place where souls of our lost loved ones sojourn.  Taking inspiration from rock music, EDM, orchestral music, and of course: the stars, Star Goes Nova aims to help connect her audience to the real and unreal, as well as find the meaning in space, time, and thought through music. Mixing live instruments along with electronica and deep bass has allowed Star Goes Nova to create a unique, identifiable sound that resonates with many people.  More widely known as bassist Christine Law in Southern California, she’s toured and recorded with the famous and the obscure; credits include hardcore band Tantrum, Theo Mordey (Jesus Christ Superstar), Charles Law & Jagged, Grammy winner John Baffa and platinum selling songwriters Suzanne Paris and David Holster.  You’ll hear fantastic collaborations with different artists on Star Goes Nova pieces.

“The Ocean Between Stars” places a melodic piano and orchestral strings at the forefront of the piece.  The introduction of the song is quickly followed by dubstep drums and a haunting electronic instrument that closely resembles vocal harmonies.  The song in its entirety is relaxing, soothing, and almost reminiscent.  With its constant resemblance to planetarium music, “The Ocean Between Stars” brings up memories of elementary school field trips and pointing at the ceiling to a projection of the night sky.  The song is accompanied by a visualizer that supports the feeling of the song through symbols and colors.  The first scene of the video is that of an abandoned boat on the beach, by the ocean, and a still night sky.  Quickly changing to one of the galaxy with bright blue and purple, the scenes continue to portray the narrative and theme of the song all while enhancing the listening experience.

“The song was transfused from an Angel into my brain upon learning a friend was terminally diagnosed with cancer.  I was just sitting at the piano, imagining my friend at her favorite beach – the feel of the salt air, the sound of the waves, the warmth of sunlight, and this song came out.  I realized so many people were having this experience, and I just wanted my music to provide peace – a place to settle the soul, and know everything was going to be ok.  I believe just because a loved one passes, doesn’t mean the relationship ends.”
You can connect with Star Goes Nova via the following links:
Website | Facebook | Instagram | Twitter | Spotify | SoundCloud | Vimeo |  YouTube