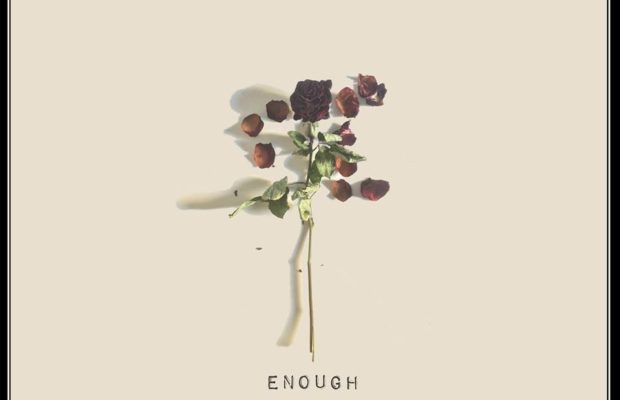 English band Counterfeit combine underground punk with stadium rock, delivering songs that appeal to the masses. Formed late in 2015, the five-piece group released their newest single “Enough” in April of this year to coincide with their UK tour.

The song starts with a stomping beat, giving it an instant anthem sound. Vocalist Jamie Campbell Bower growls the angry and riotous lyrics: Hello, is this thing on? / excuse us for our absence, we are out in the cold / we’re sick to death of hearing shots in the night / and the hate that you keep preaching and your words full of spite. The band’s punk roots branch out into mainstream rock, crossing into Muse’s territory of rebellious radio hits.

Reminiscent of the late Scott Weiland, Bower’s voice often sounds like it’s being shouted through a megaphone to a crowd of sweaty and screaming fans. The video for “Enough” compliments the song’s energy: flashing lights, stage diving, and shots of the band members giving it their all.

While Counterfeit’s currently unsigned, it’s only a matter of time until this band is shot into the stratosphere. “Enough” proves that this band has staying power.