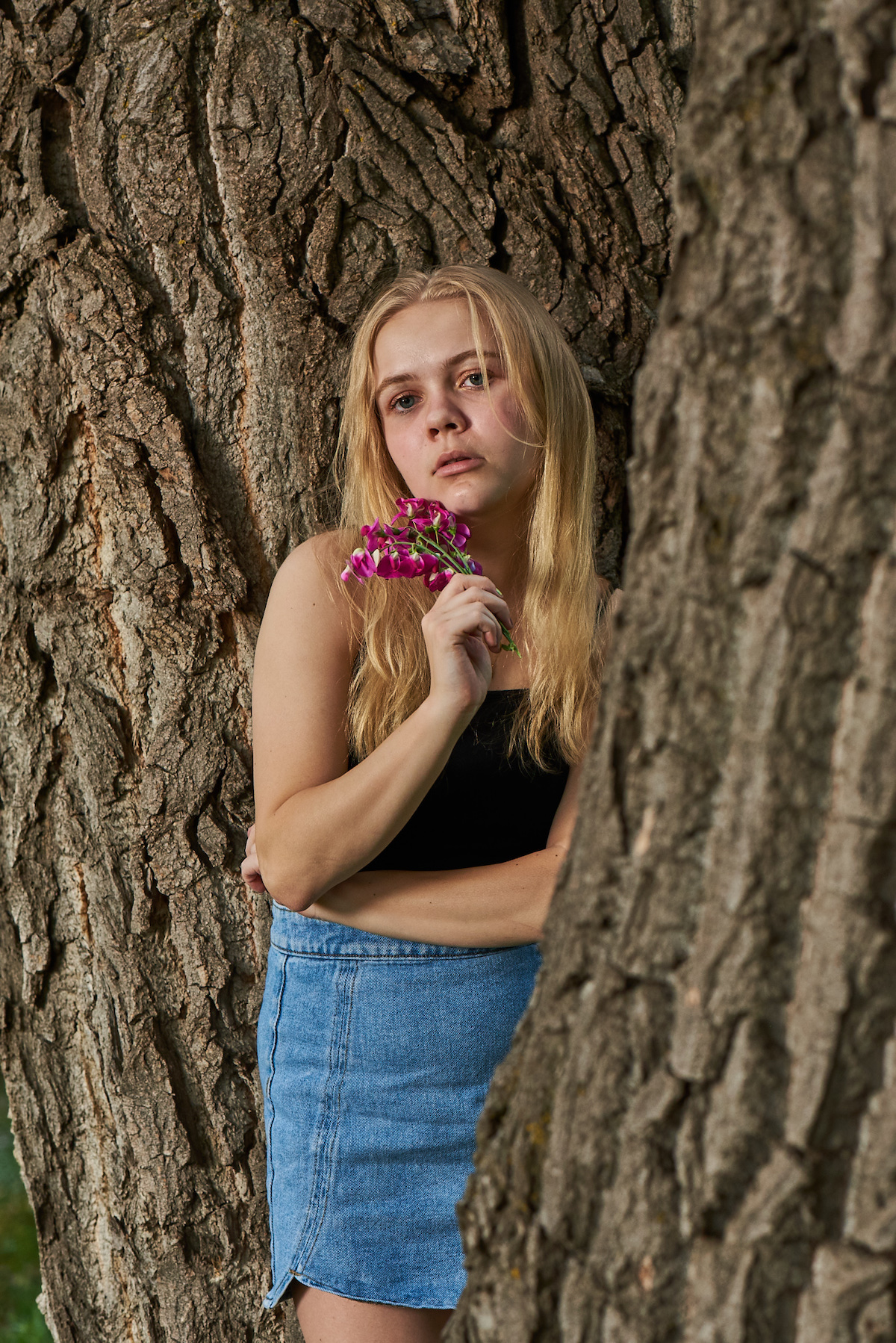 Shelby Merchant is a 17 year old singer/songwriter who recently released her heartfelt second single “today was good”, preceded by her fiery first single “flammable”.  Considering her music as the truest version of herself, she hopes listeners will feel every messy, adolescent feeling that she poured of herself into her music. The singer/songwriter, who writes all her own music, weaves together her personal adolescent stories and emotions into a juxtaposed musical rebelliousness and innocence, showcasing a ‘knowing’ beyond her teenage years. Earthy guitar tones and angelic vocals, mixed with moody instrumental undertones, captures the messy teenage experience, notions of naivety and hope about falling in love, and heartbreak. “today was good” is a simple song that comes from Shelby’s own struggles with mental health. Produced by Denver artist Pierce Murphy, the track explores the idea that it’s okay not to be okay. The 17 year old normalizes the ups and downs of teenage experiences through soft guitars, gentle vocals, and brutally honest lyrics, creating a comforting atmosphere. “My anxiety disorder makes it really difficult for me to deal with highs and lows,” Shelby explains. “I wrote “today was good” as a sort of therapy, to remind myself and anyone listening that no bad feeling lasts forever, even if it feels like it will.”

A Colorado native, Merchant’s young life has revolved around music from an early age. She grew up in suburban Denver, drawing her musical influence more by iconic artists rather than today’s fads, including Dolly Parton, Stevie Nicks, Carly Simon and Janis Joplin. As such, she has evolved as an entirely new and unique young artist for the world to now see. She has a long career ahead of her in the music industry and we invite you to lean in to your own adolescence through her brutally honest songs. Through her original, emotional and intimate performance, she sings songs about youth, heartbreak, and hope and is set to make a mark on the world stage, with her new single and her upcoming debut album, way past seventeen, coming out in September.  You can connect with Shelby Merchant via the following links: