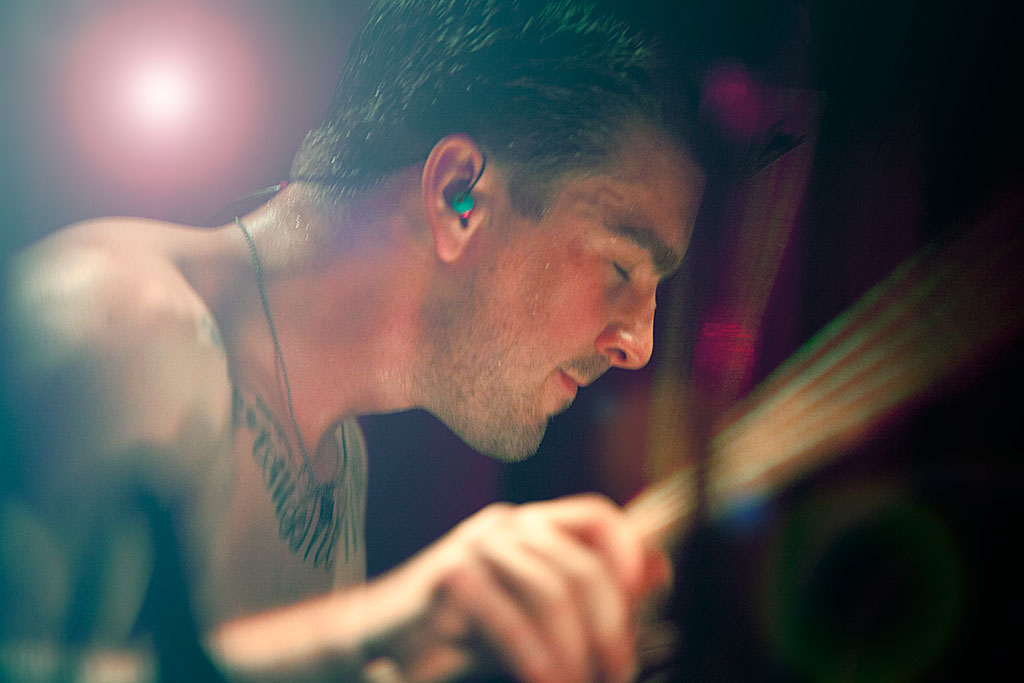 They all filtered into the SLO Brewery, one by one, with ticket vouchers, and high expectations. The lights were low, and the energy was high, as fans of this stew of bands found places to stand near the soon to be lit stage, or a seat to sit at by the quickly filled bar. Amongst the exceedingly growing groups of people, with voices that quickly consumed the whole location, came a guitar riff that sounded as though it had just broken silence. The catchy beats and melodies that came from this pop rock band, Super Prime; along with their jumping and skanking, definitely started the night off on a high! Mixtapes was the second band to enter, with personality enveloping everything from their quirky stage presence to the Earthbound guitar cabs up there with them, they won smiles and many fans. Fireworks took the stage to perform for the ever growing crowd. They seemed to be as excited about performing as their fans were about screaming the lyrics right back to them! After a few minutes of quick sound checks, Cartel raised the energy even more. After only the opening song the crowd was a jumping, dancing, excitable sea! The bands obvious joy for the crowd, and their music, carried through into the next set. The band most everyone had been waiting for, Set Your Goals, entered to a screaming audience. Mosh circles formed, and people were jumping from the stage to surf the crowd like nobody’s business! The whole night was incredible. It consisted of a great environment, a high energy crowd, and, of course, amazing music!

Photos and review by Elizabeth Smith