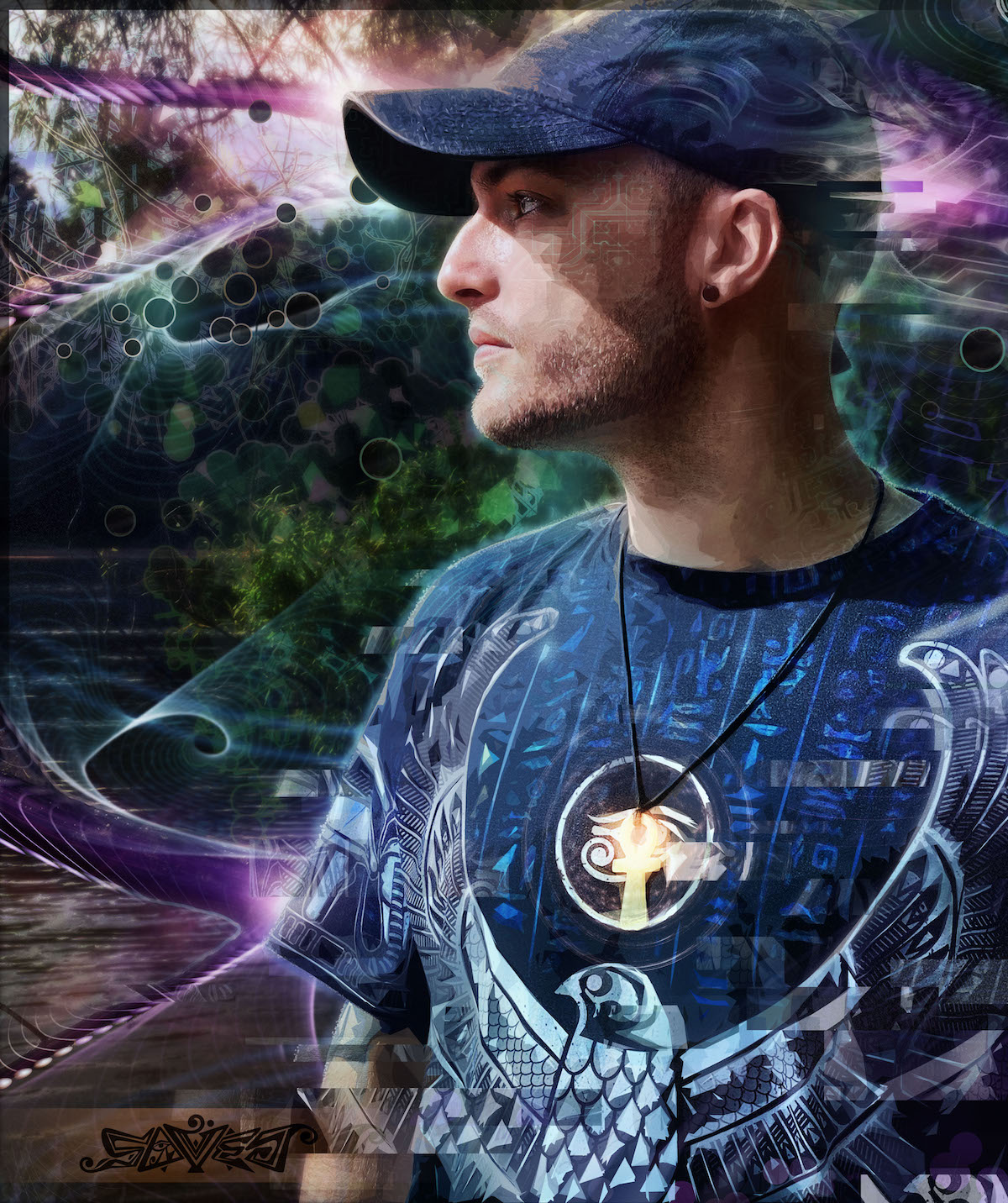 Born and raised in the Honey Island Swamp of Louisiana, Savej (pronounced “savage”) has always been deeply connected to the mysterious allure of nature and the wisdom it holds.  Combining world instruments, the sounds of nature, and shamanic influences with hip-hop influenced tribal rhythms and a southern 808 feel, his music weaves together modern and ancient culture.  Stemming from his fascination of conscious exploration, man’s connection to nature, and cultural wisdom, Savej auditorily guides listeners through his new album Solstice, released today via Gravitas Recordings.  Solstice is a six track album that embodies Savej’s experiences as a student of life and stems from his fascination with man’s connection to nature and cultural wisdom.  By creating a compilation of work that infuses ancient cultures with ones in modern day, Savej preserves a worldly resonant vibe to prompt journeys of the mind.  Solstice spotlights Savej’s practice of the Kargyraa style of throat singing, a skill that demanded weeks of training to achieve proper vocal cord disengagement.  To further represent his musical exploration of conscious mindfulness, all of Savej’s flutes are tuned to 432hz, a tuning system believed by some to be in resonance with time and the Earth’s rotation.  Each track tuned to 432hz is also 4:32 minutes long. As the Native American flute searches for “OneTruth,” percussive rhythms support the binding of matter and spirit into one energy.  “EyeForAnI” employs entrancing trap soundscapes with an organic tribal flair.  Nature comes to life in “Sirens,” as creatures who roam the jungle are dazzled by hypnotic bass tapestries.  When the Sun’s path crosses the celestial equator, “Equinox” escorts wanderers towards a groovy celebratory dreamscape.  Concluding the paradisiacal globe-trot, “Vilca” pays tribute to the sacred psychedelic ritual, offering one last dance in the shamanic wonderland.  You can connect with Savej and purchase his album via the following links:

You can connect with Gravitas Recordings via the following links: