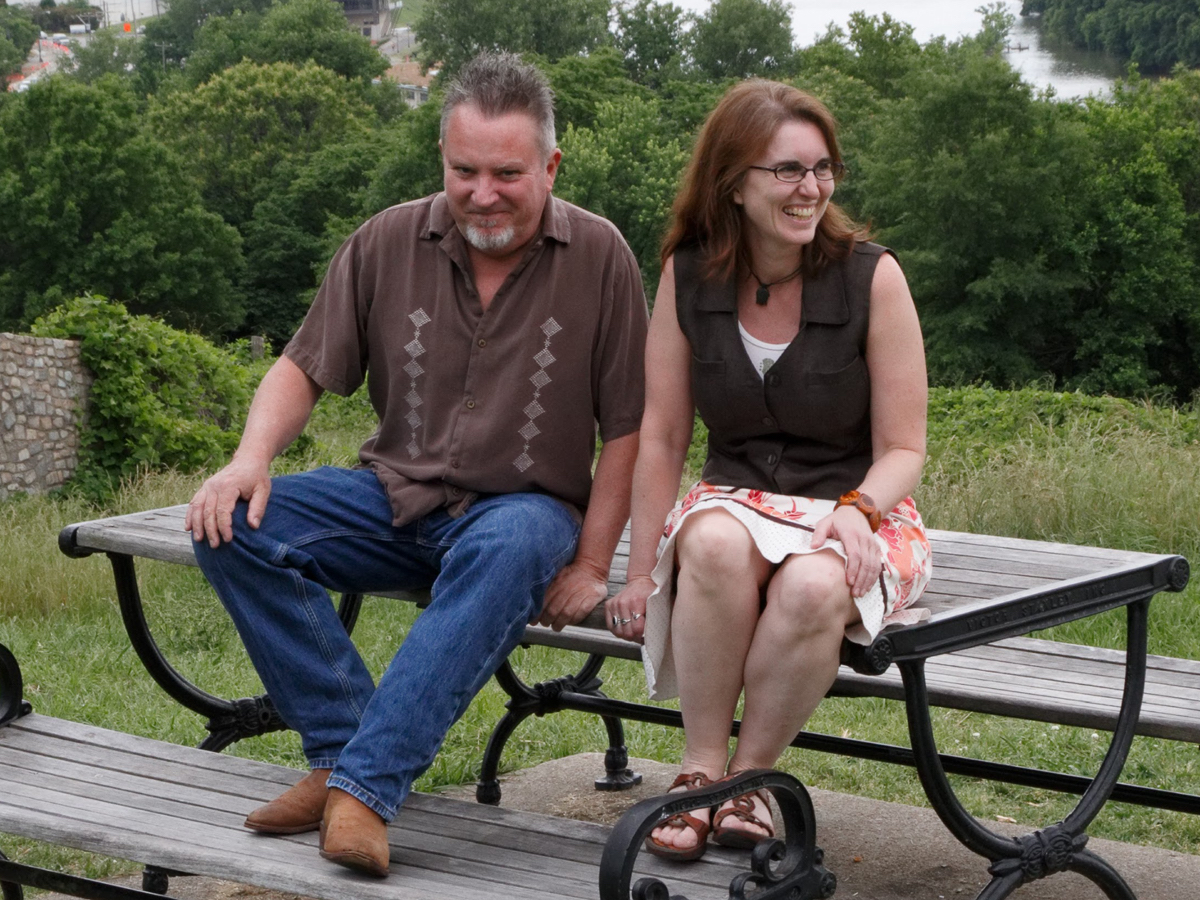 The Richmond-based band known as The Haze and Dacey Collective has released their newest album, Letters from Gilead, today.  This eclectic blend of roots, rock, and acoustic indie album is a 10-song compilation of pieces inspired by Kirsten Hazler’s recent binge of The Handmaid’s Tale.  Letters from Gilead consists of multiple genres under the folk/rock umbrella.  You get classic roots-rock with songs like “Letters from Gilead,” “Closet Scrawl,” and “Under His Eyes” and an alt-country/indie-folk sound with “My Name is June,” “Blue,” and “Sliver of Joy.”  Letters from Gilead also provide a few sounds that reach beyond the umbrella.  They mix it up with a speakeasy swing-inspired song in “Jezebel’s,” a peaceful and calming lullaby style in “Hannah,” and a piano ballad that shifts into something gospel-like with “Feels So Good to Fly.”  Each song on Letters from Gilead is cohesive and carries powerful lyrics.  Every song blends together beautifully and seamlessly; you could listen to the whole album without any effort.  The common thread is the stories of people hanging on to love, hope, courage, and humanity, while trying to survive the dystopian nightmare that is Gilead, certainly relatable to the time we live in today.  On the album, Kirsten handles lead and some backing vocals, acoustic guitar, and piano, while Dacey holds down the low end with both upright and electric bass as well as backing vocals. The Collective fleshes out the sound with drums (Blee Child), electric guitar (Leslie Williams), mandolin (Doug Austin), saxophone (Allen Burris), and additional vocals (Jolie Harrison, Megan Rollins, and Doug Hewitt).

Since 2012, Kirsten Hazler has been half of the acoustic indie-folk duo known as Haze & Dacey, entertaining audiences at various breweries, wineries, and concert series throughout Virginia and beyond.  Her partner John Dacey was the first to hear the new songs as they emerged, starting in early 2019, and was quick to add bass lines and some vocal harmonies.  They started performing many of the songs at their live shows, and began hatching plans to start recording in 2020. And then the pandemic hit, and everything, including recording, was put on hold.  A year rolled around, a year in which Atwood’s dystopian novel was uncannily close to real life, right down to the U.S. government almost being overthrown by a far-right radical mob.  The collection of songs seemed more relevant than ever, and Haze was tired of waiting for the right conditions to record. She recruited a band, which would later come to be known as The Haze & Dacey Collective.  The band members practiced individually to the scratch tracks Haze recorded in her living room.  In February of 2021, the band masked up and headed into the warehouse that served as the temporary home of the Sound of Music Studio in Richmond, Virginia.  In the capable hands of recording and mixing engineer John Morand, they brought Haze’s musical vision to life.  The process took several months, with recording and mixing sessions interrupted by everyone’s day jobs and “other annoying adult obligations.”  You can connect with The Haze and Dacey Collective via the following links: