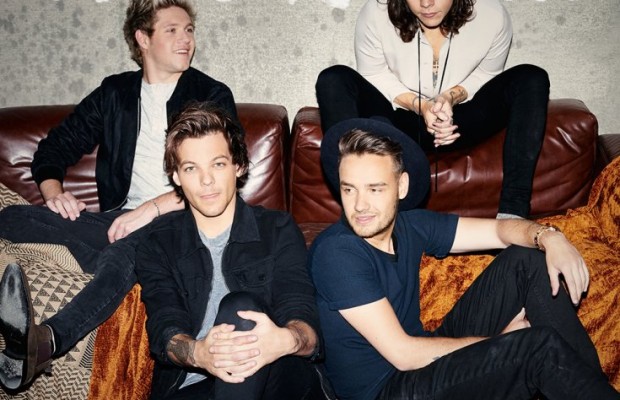 We’ve watched them grow up over the years and listened to their sound evolve from sugary radio pop to having a more indie-folk influence. As the fifth album to be released from the UK boy band, Made in the A.M. is their most mature sound yet.

Refraining from the over the top beats and sometimes lackluster lyrics that engulfed their first couple of records, it is clear that One Direction took this album and turned it into a collection of work that may finally get them taken seriously among music industry skeptics and followers.

To address the elephant in the room, the absence of Zayn Malik, who left the band earlier this year, is hardly missed or needed on this album. While there aren’t as many power ballads and solos as past releases, Made in the A.M. showcases the four remaining members’ individual vocal abilities better than ever before.

Opening up the record is “Hey Angel”, a track that transcends listeners back to the early 2000s soft pop sound of bands like Coldplay. While lyrically, it is not their best on the album, the composition of “Hey Angel” has the greatest amount of boy band influence in it which is represented mostly through the main hook woven throughout the song. If this wasn’t the opening track, it definitely would stick out among the other songs due to it’s more pop sounding nature.

Like “Hey Angel”, a theme you hear throughout Made in the A.M. is Harry Styles dominating a large portion of the songs. While having one less member causes the remaining four to have more parts than in the past, Styles definitely seems to have been given more of the vocal responsibility on this record. However, it should also be noted that after five albums, Louis Tomlinson’s voice finally gets the chance to shine and be heard. With more solos and power notes than ever before, Tomlinson was finally not given the short end of the stick.

The musical abilities of Tomlinson are the strongest on “Love You, Goodbye”. As a song he notes as having great personal influence over when writing, the ballad may be one of the most heartbreaking break up songs One Direction has released to date. With incredibly strong harmonies in the chorus that show their force as a band, Tomlinson’s vocals in the bridge are what complete the song. With what could be the biggest solo Tomlinson has received during his time in One Direction, the power note he ends the bridge with is more or less, the Tomlinson glory moment fans have been waiting five albums for.

“Long Way Down” follows that similar 2000s soft pop sound shown on “Hey Angel” and is one of their strongest vocal tracks on Made in the A.M.. With a musical arrangement that definitely could have been heard on one of Coldplay’s earlier releases, “Long Way Down” showcases all four members’ vocals beautifully, Tomlinson and Niall Horan carrying the verses and Styles and Liam Payne doing the powerful choruses. As one of their most mature and serious sounding songs yet, it wouldn’t surprise me if this track became a single in the near future.

Straight out of the head of Mr. Styles, “Olivia” is one of the more upbeat tracks on Made in the A.M. that has a very Beatlistic tone to it. With a timeless and simplistic composition of strong drumbeats, stripped down acoustic guitar, and string orchestra, the sunshine happy tune is a very surprising one to be released by the boy band. It’s a track we haven’t heard from the boys before and is definitely a song that has the potential to be well perceived and loved by many age groups.

Without a doubt, “If I Could Fly” is the strongest written track on Made in the A.M.. As a fan favorite already, the simple piano and string orchestra composition paired with the haunting vocals displayed strongly by, in particular, Harry Styles bring “If I Could Fly” to the next level. While listening to this track, it is hard to believe that this is a band that has released songs like “One Things” and “Kiss You” because it is on a completely new caliber in terms of songwriting and delivery. It is incredibly serious, brutally honesty and far from that generic, cookie cutter boy band stigma that has plagued One Direction since their X Factor days. We’ve been waiting five albums for a track like this and it’s finally here.

“A.M.” is a bonus track on the album and is clearly the one that inspired the album title. While the set of songs being released on the standard LP are incredibly strong, I do wish that “A.M.” was not only featured on the deluxe edition of Made in the A.M.. As a song simply composed, this is the track that encompasses the overall influence of the album. The lyrics are well written and the layered vocals of Payne, Tomlinson, Horan and Styles show off their talent and officially move them away from the overproduced pop tracks that have been following them since the beginning of their career.

Since the band announced earlier this year that they will be taking a much needed break, Made in the A.M. is being released during a very bittersweet time for the 1D fandom. While the future of One Direction is uncertain, it can be said that, in this moment, One Direction is the best they have ever been. Having written more songs on this album than on any of their other releases, it is evident that the four members worked to make Made in the A.M. their most thoughtful album yet. With serious lyrics and a mature sound, it can only be hoped that after this break of theirs, they will return to the music scene with this newfound style and continue their journey as the biggest boyband in the world.