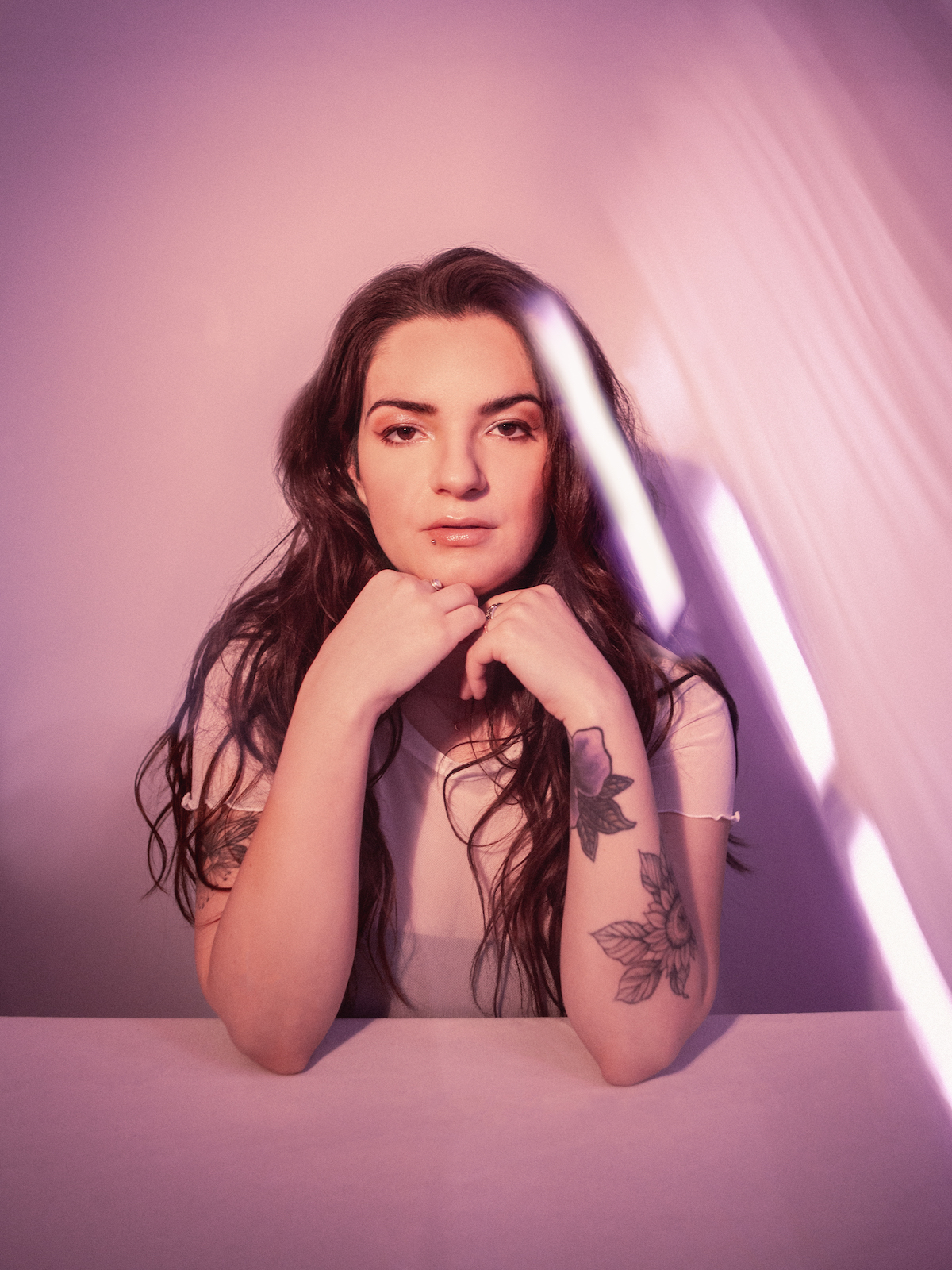 Montreal-born and raised singer-songwriter Geneviève Racette was destined to find herself on stage and in recording studios from day one. Her mom taught her piano at home and her dad was passionate about all things music; her sister was a pianist and vocalist and her brother a guitarist and trumpet player. Racette developed a healthy love for music at home and then decided to hone those skills as an adult, and the personal and critical results have been resounding. On March 18th, 2022, Racette is due to release her third full-length album, Satellite. Adding to an ever-developing and highly-praised bilingual catalog, Satellite is a 9-song collection, delivering honest stories of self-discovery and reflection through the cycle of love. Filled with intimate vocals, lush instruments, and expressive harmonies, Racette’s new album evokes moments of love, heartbreak, healing, forgiveness, and ultimately, falling in love again. Racette has shared two singles from the album thus far; the reverb-drenched, earnest longing of “Maybe” and “Les adieux,” which translates to “Farewells” in English.

In addition to the announcement of Satellite, Racette is hitting the road again in 2022. Dates in both Canada and the States have been announced, including a rescheduled opening slot for City and Colour’s sold-out Montreal show on February 13th.
Catch Geneviève Racette On Tour:
January 28 – Sherbrooke – La Petite Boîte Noire *
February 13 – Montreal – MTELUS ^
February 25 – Kansas City – Folk Alliance International Official Showcase
March 5 – Saint-Adolphe d’Howard – La Chèvre *
March 10 – Alma – La Boîte à Bleuets *
March 11 – Jonquière – Côté-Cour *
March 12 – Val-Morin – Théâtre du Marais *
March 25 – La Pocatière – La Baleine Endiablée
March 27 – Gatineau – Le Minotaure *
March 31 – Lavaltrie – Église Saint-Antoine *
* with Pelch
^ with City and Colour
Racette’s musically filled upbringing has forged her into the creative artist she is today. Continuously receiving praise for her music, she has already been nominated and received several prestigious prizes including, Emerging Artist of the Year at the Canadian Folk Music Award (2020). Geneviève is also recognized by established artists in the industry for her talents. She grabbed the attention of singer-songwriter Dallas Green on Instagram with her cover of “Hello, I’m in Delaware.” He then invited her to appear with him on stage at the Osheaga Festival in 2019, a most memorable moment for her.
Geneviève’s growing popularity is also noticeable on streaming platforms and web radios with her first full-length French album “Les aurores boréales” (2016). With all this excitement Geneviève still finds time to hone her craft. She traveled twice to the Banff Center for Arts and Creativity, in 2017 she was selected among 150 singer-songwriters to work with some of the best songwriters from Nashville, and in 2019, Geneviève got to work on the pre-production of her most recent album, No Water, No Flowers. This new recording has propelled Geneviève to new heights, reaching more than 2 millions streams on Spotify, all the while, receiving rave reviews from media, blogs, and music publications.
Geneviève has an undeniable love of the stage, in 2019 she conquered over a hundred Canadian concert venues. In the last two years, Racette has broadened her performing territory, from mostly Québec venues to other Canadian provinces Manitoba, Saskatchewan, and the Maritimes, as the headliner in each of the tours. She also finds time to exchange and meet with artists at a variety of music showcases such as Folk Alliance International New Orleans (2020), Folk Music Ontario (2019 and 2021), and the Canadian Music Week (2019).  You can connect with Geneviève Racette via the following links.  Photo credit: Éva-Maude.
Website | Facebook | Instagram | Twitter | Spotify | SoundCloud | iTunes/Apple Music | YouTube | Deezer | Bandcamp