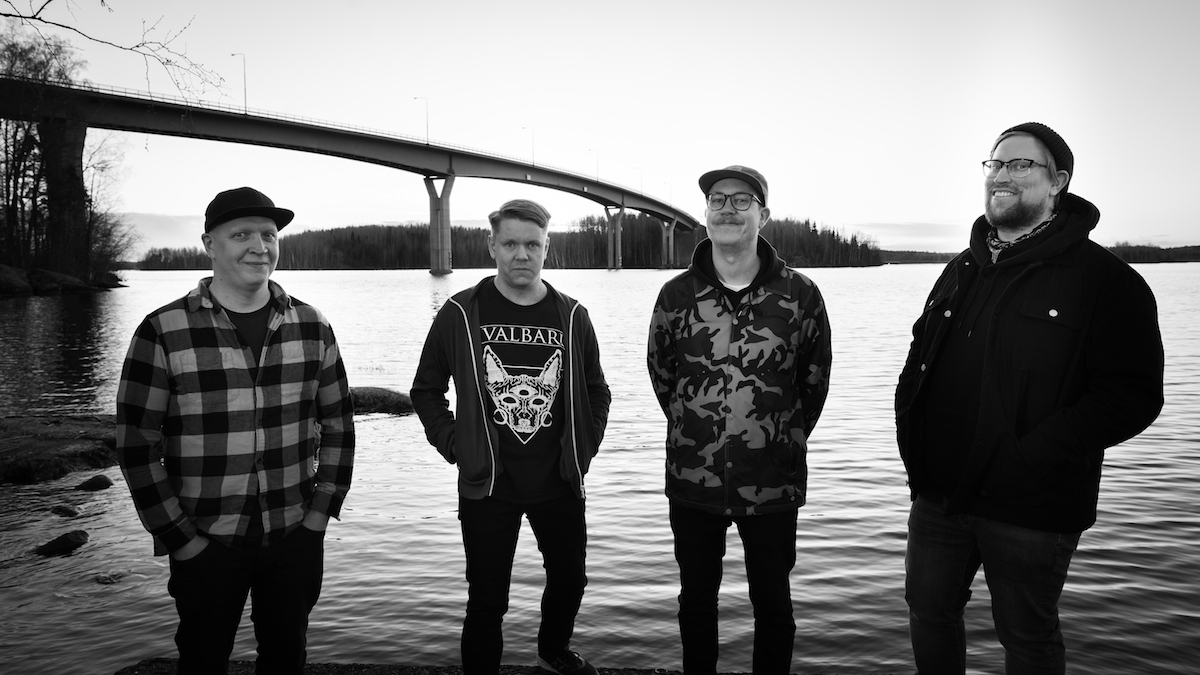 One Hidden Frame deliver another killer track from their upcoming album I Am Not Here; ‘You Are Free to Go’ is a tear-jerker disguised as an upbeat punk rock rager. A sad yet cathartic story told with catchy vocals and a hauntingly beautiful atmosphere is guaranteed to evoke a multitude of emotions.

“I was 8 years old when we got a dog. I grew up with him and learned how animals have their own personality, they are individuals. 11 years later, during winter, I fell asleep and forgot that he was outside. I woke up and went to look for him and he was somehow not the same and I was afraid the cold did something bad. The next day at the vet, I had to let him go because of a diagnosed organ failure. In tears, I felt guilty, apologized and held him in my arms until the last breath. Few months before his death I had quit eating meat. Because of him I understood that as a creature that can feel, a cow or a pig is no different than a dog.” says Pekka (vocals/guitar)

One Hidden Frame was established in the year 2002 in Lappeenranta, South East Finland, close to the Russian border. Bowing down to the direction of Bad Religion, Propagandhi and Adhesive, their main focus was to create energetic melodic punk rock, spiced with melancholy and aggression and meaningful lyrics towards a more solidary world. OHF has musically moved forward all the time with 5 albums released: Time To React (2005), Comforting Illusion (2007), Giant Steps (2009), the Water Seems Inviting (2013), Harmful Content (2017) and a split 7″ with Thousand Oaks (2018). They’ve been happy to perform at Manchester Punk Festival, twice in Punk Rock Holiday and +20 countries.

What people are saying:

“The band match this precise and flowing abrasion with melodies to boot and if you aren’t thumping your heart with your fist at their emotive cathartic delivery, then you are pumping your fist in the air against their anthemic guitars and soaring vocals.” – earnutrition.co.uk

“Harmful Content” brings to the table, a very robust flavour of a modern Propagandhi with its technicality and songwriting approach. Once that mouthfeel settles in, you’ll find a smooth finish of Satanic Surfers with the record’s vocal treatments. And what is that hidden taste? Could it be notes of H2O? I’m not entirely sure, but what I know is this: this shit is extremely palatable and just might get you drunk after the first listen. However, it’s not my recommendation to go easy on this – drink it in and tell your friends.” – punkanormalactivity.com

“Hell, in a lot of ways, Harmful Content sounds like all the best parts of those classic Tony Hawk Pro Skater soundtracks trimmed down to one fast and furious burst of energy. I never learned how to even ollie in real life, but I will destroy you in Pro Skater 2 on the PS1, and I feel like that “take no prisoners” attitude is what helps make One Hidden Frame’s latest release such a successful record. They took what they liked and made it their own, and all I can do is sit back (while headbanging, of course) and enjoy the ride. This is fantastic stuff.” – newnoisemagazine.com

One Hidden Frame are:

The single and upcoming album ‘I Am Not Here’ are being released via Thousand Islands Records (Norrth and South Americas) and Lockjaw Records (UK/EU).  You can connect with One Hidden Frame via the following links: