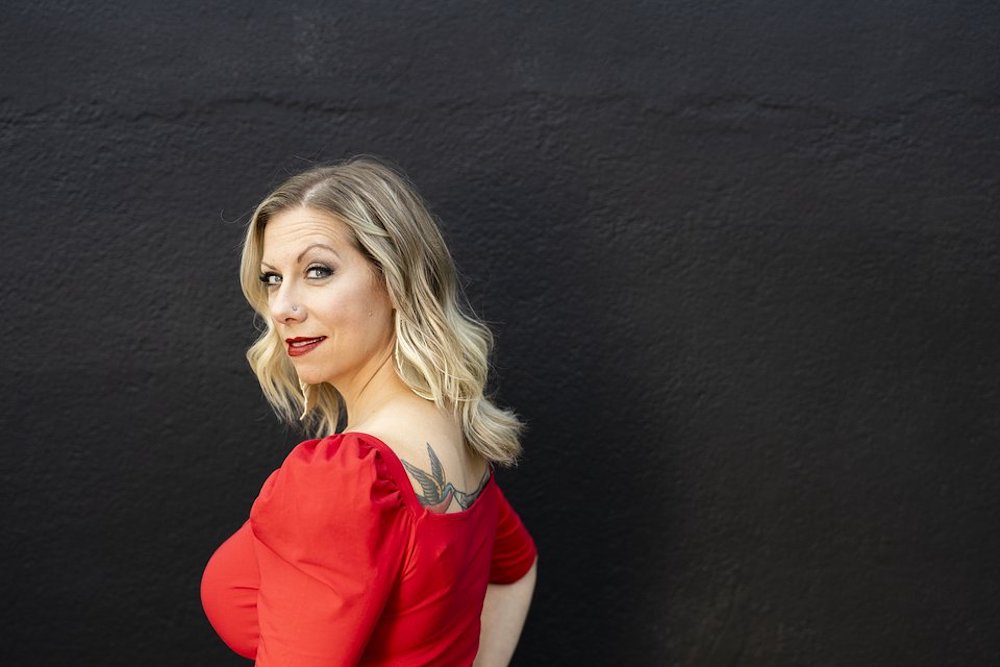 “I want to take my music as far as I can”, says Portland based singer, songwriter and guitarist Sarah Moon. Moon has one of those epic, riveting, and engaging voices that pulls you in. While paying respectful homage to her influences including Etta James, Chris Cornell, classic rock and early blues, her style and vibe may seem familiar but her dynamic delivery and vocal sensibilities are all her own. Sarah makes her point on her new record, “Cut & Run”. The record features sonic textures of blues, rock, and pop showcased with excellent songwriting and passionate lyrical delivery all mixed together into a potent brew that leaves the listener wanting more. Growing up in a household where her parents worked in live music production, music has always been, in some form or fashion, a big part of what Sarah is about. Maybe it was fate or the subliminal effect of hearing her mother singing around the house, Sarah began singing as a child and was good enough at a young age to land a gig with the Rapid City Children’s Chorus. As time moved forward she received classical vocal training and continues her musical journey through recording music and regularly gigging at venues in Northwest United States and Canada.