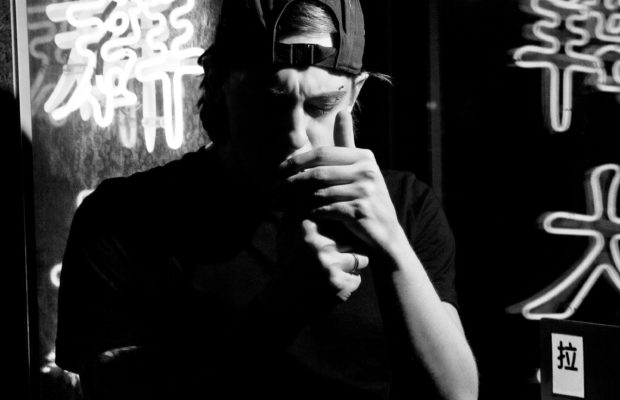 On May 16th, France’s half human, half synthesizer Perturbator will be making landfall in the states for an upcoming spring tour with fellow electronic producer GosT in tow. Known for scores in The Guest, CBS’ Limitless, and acclaimed video game HOTLINE MIAMI 1 & 2,  Perturbator brings with him a fresh new production for U.S. audiences to experience. The shows will not only include an updated new and improved light show, but will also be able to immerse themselves in Perturbator’s music with a live drummer on stage.
Upon the upcoming tour, Perturbator released his latest single “Excess” in anticipation for a future fifth album.
Be sure to attend his show this Thursday in NYC at Irving Plaza.