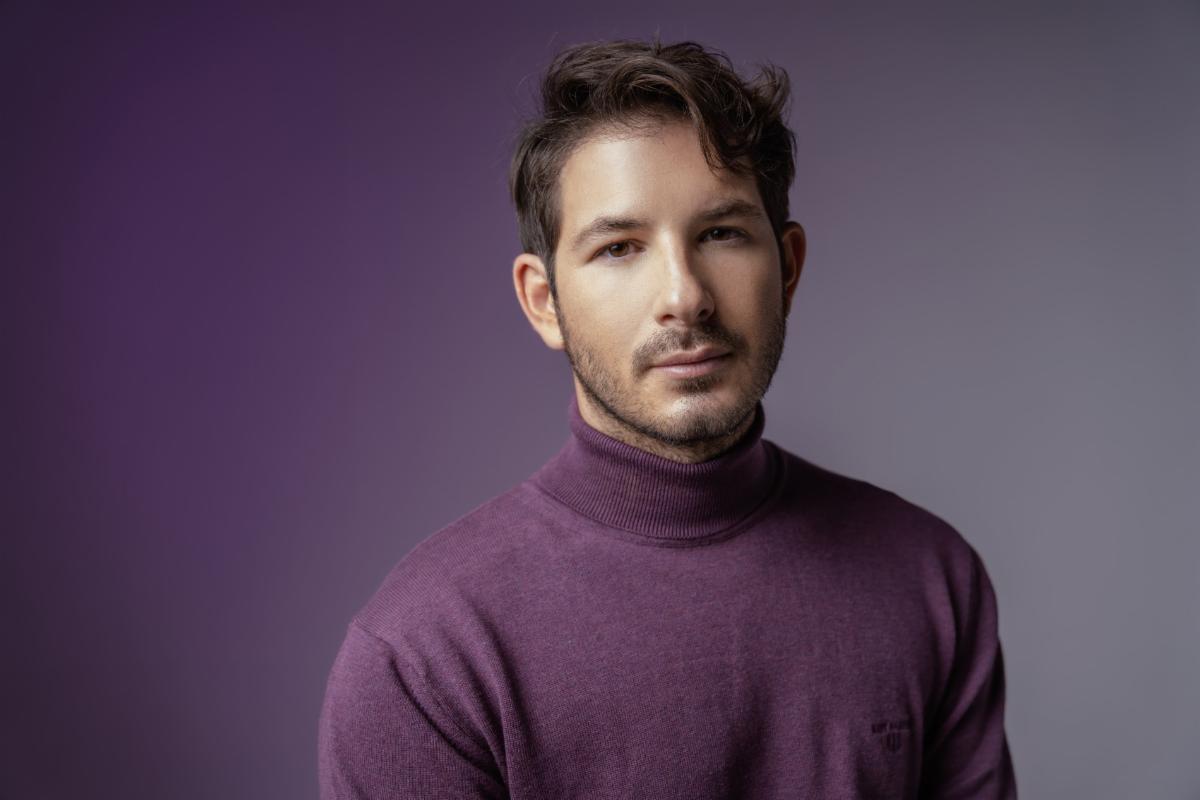 Acclaimed Greek vocalist George Perris has released his third full-length English-language album, No Armor, an exquisite glimpse into the songs that have shaped him into a global phenomenon and the most widely renowned Greek singer of his generation. No Armor ushers in a new chapter in George’s life both personally and musically. You can check out the first in-depth interview with People where George openly discusses the songs on the album, being gay and his humanitarian work HERE. In a testament to the incredible depth of his musicality, on the album, Perris reinterprets an extraordinary range of artists including Joni Mitchell, Billie Eilish, ABBA, Stephen Sondheim, and Nana Mouskouri on the album, infusing each song with the enchanting vocal presence he’s brought to many of the world’s most illustrious stages. Despite its endless eclecticism, No Armor is indelibly rooted in Perris’ deep understanding of just how profoundly songs can impact our lives, and his lifelong commitment to creating music that lifts the spirit and strengthens the heart. Co-producing alongside composer/arranger/pianist Alexander Livitsanos, Perris assembled a lineup of prestigious Greek musicians to record his first-ever album in Greece—a pivotal factor in forging its distinctly Mediterranean sound. Thanks to their use of traditional instruments like the bouzouki and qanun, Perris’s collaborators ultimately added a decidedly Greek texture to the beloved songs that make up his musical DNA.

“Going back to your roots is a pause to really understand who you are and where you’ve been, so that the path forward is enlightened. These songs have filled a void in my heart over the years and have been my steady companions,” shares Perris. “Far from being personal to me only, I wanted to show you how universal their emotion is through my country’s colorful sound palette. Stripped of any shield, “No Armor” is my most honest portrait so far.”
The album features stunning covers of West Side Story’s “Somewhere” and his inimitable spin on the ABBA smash “I Have A Dream,” showcasing footage from Perris’ recently released third PBS concert special George Perris: A Sunset in Greece. Both the music videos and special were filmed at the 2,500-year-old Temple of Aphaea, making George the first artist in history to perform at an ancient Greek temple. George Perris: A Sunset in Greece is the follow up to Perris’ two previous PBS specials – George Perris: Live from Jazz at Lincoln Center and George Perris: Live From The Acropolis – which have amassed over 160 million total viewers worldwide. Fusing his passion for the arts and humanitarianism, Perris supports Horatio Alger Association, a nonprofit educational organization that grants scholarships to students facing adversity. In addition to being an ambassador to the Horatio Alger Association, Perris also recently became a UNICEF ambassador focused on addressing child abuse. You can connect with George Perris via the following links.  Photo credit: Errikos Andreou.
Website | Facebook | Instagram | Spotify | iTunes/Apple Music | YouTube | Deezer | Google Play