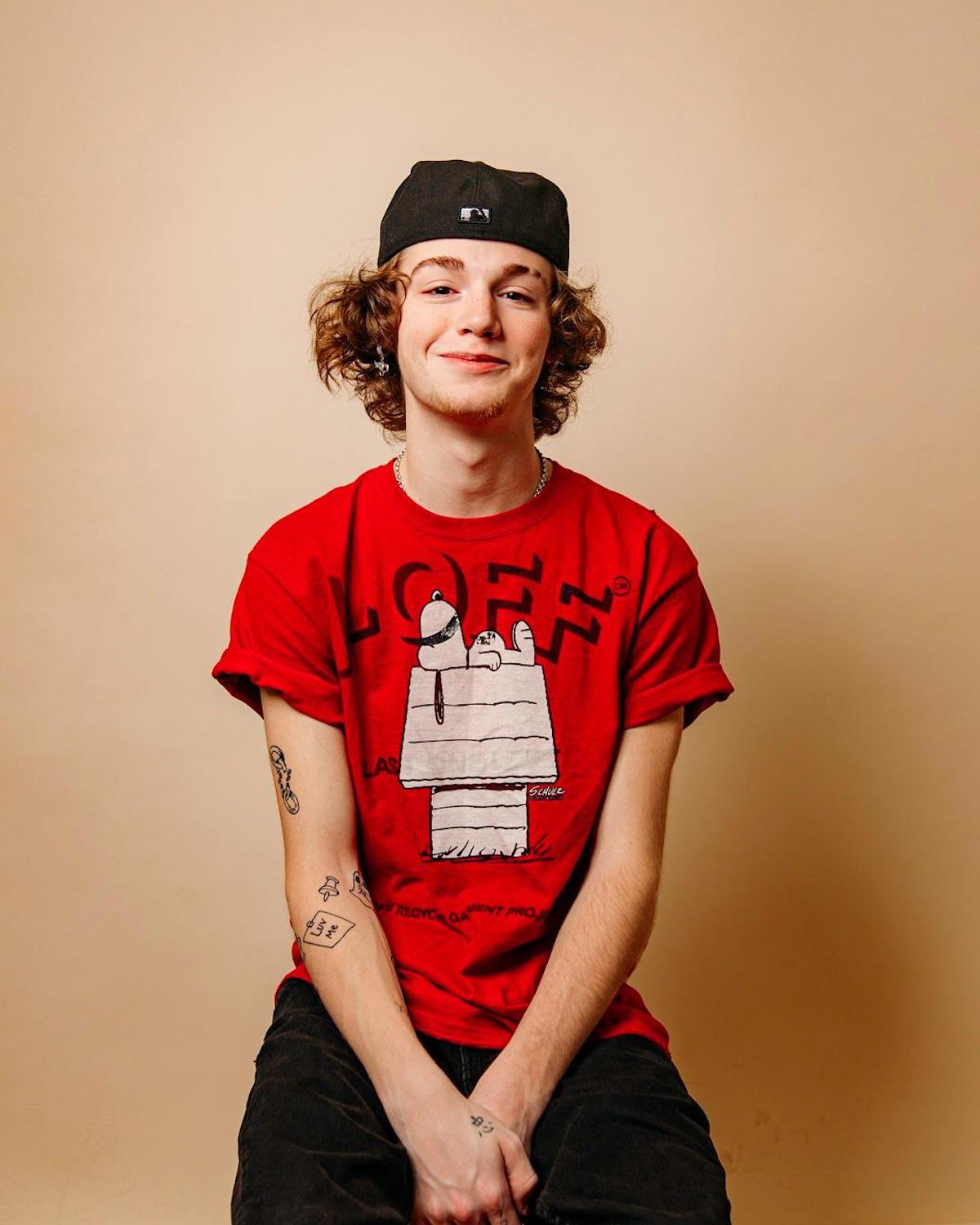 Singer, songwriter, guitarist, and viral creator Payton Moormeier, named an “Artist You Need To Hear” by Alternative Press, has released the lyric video for viral track “RICH BOY”. What initially started off as a fun track in the studio has evolved into a viral social media hit with the chorus for “RICH BOY” amassing over 8 millions streams and 700K audio uses landing the track on TikTok’s viral playlist. After countless asks from fans, payton is now treating fans to the full track.

“’RICH BOY’ is a little different. Went from a bedroom studio, messing around type song to next level because of the massive support from fans,” shares payton. “Never planned on releasing it, but here we are and just makes sense this time of year to put something out that fans have been wanting. Let’s have some fun with it.”
Since his debut a year ago, payton has released a string of buzzworthy singles that ooze emotion and vulnerability, inspired by challenging situations that he has allowed to transcend through his music. Creating songs that allows listeners to feel different emotions is what payton loves the most about being an artist and with each release, he offers his truth and inner-most thoughts through the best way he knows how: music.
Payton continues to grow his collection with recently released feel good pop alternative tracks “What I Need” and “Drive Away” , insomniac guitar anthem about overthinking “3AM” and  “Nevermind”  which detail the feeling of being stuck in a relationship and not being able to let go. The single “Don’t Go” touched wanting a flame to stay so he can be his best self. His high octane music video for “Hard To Breathe” showed payton strapped to a hospital bed seeking aid for the loss of a lover. On “Habits,” a hummable riff cuts through hand claps, keys, and a skittering bounce as he delivers a hypnotic hook, “I can’t seem to fall asleep, cuz thoughts of you and me always seem to haunt my dreams, it was better you and me.” Payton’s debut single, “Love Letter,” (released April 2020,) was inspired after a relationship ended abruptly leaving him with no closure that inspired him to tells his story through airy guitar, hip-hop beat craft, and lyrical vulnerability, turning up with a signature style of his own. The Georgia-born and North Carolina-raised singer has been steadily building his fanbase over the past few years through his music and content and has attracted nearly 50 million streams, over 15 million fans on TikTok, 800 million “likes,” and billions of views and impressions. With more music on the way, payton has become a disruptive force in pop and alternative music.  You can connect with payton via the following links.  Photo credit: Jack Dytrych.
TikTok | Instagram | Twitter | YouTube | Spotify