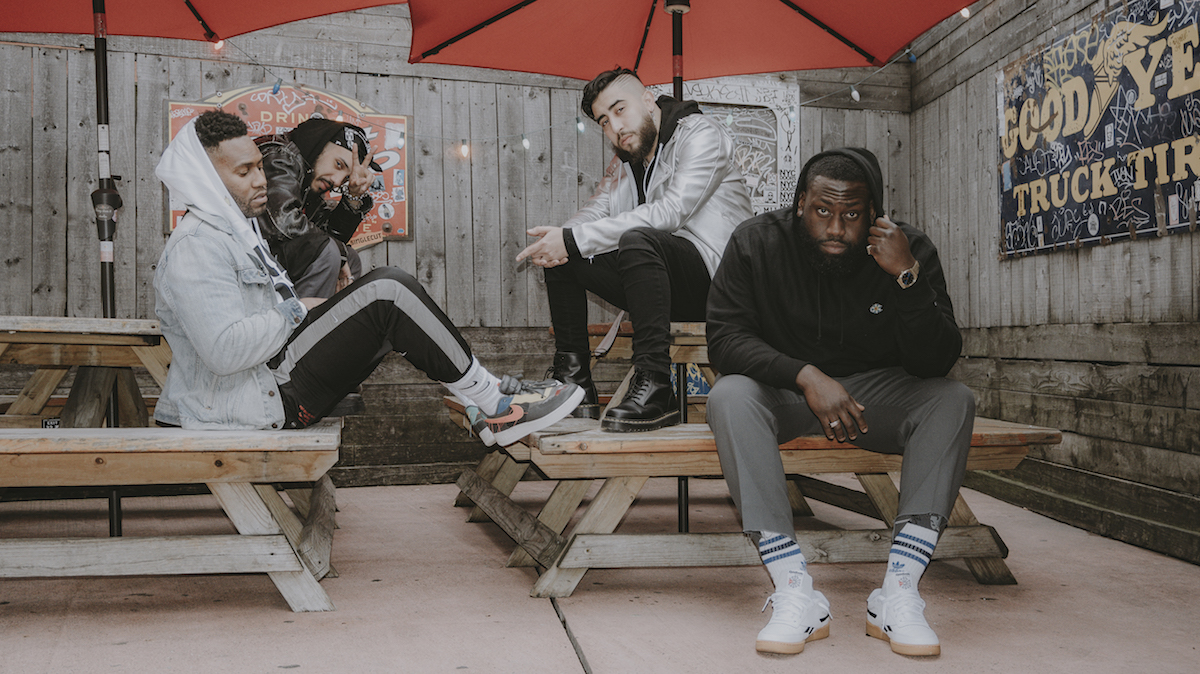 “‘Justice’ is more than a song, but an act of solidarity with the people,” say the group in a joint statement about the single. “All revenue from streaming, merchandise, and downloads both now and in the future from this song will be given back to the community through various charities, non-profits, and movements. We want this to be a never ending cycle to our people to continue to develop the youth, enhance our culture, and fight the inequalities that we have suffered for too long. We will continue to fight, continue to speak out against oppression, and stand for change.

We are angry.
We are traumatized.
We are scared.

But mostly, we are tired.

Tired of our people dying in front of us in broad daylight from a senseless act of racism.
Tired of harassment from the very people whose job it is to protect us.
Tired of screaming at the deaf ears of a government who never had our best interest in mind.

We are enraged.
We are frustrated.
We are beyond fed up.

But again mostly, we are tired.

Tired of the system put in place since the beginning to keep us down.
Tired of the constant worry of getting a call that our loved one was next.
Tired of not being able to determine our destiny.

But how much longer can we be this exhausted.
We are tired, but we’re not giving up!!!!”

In a quest to be unapologetically themselves, the band has cultivated a sound that blends hip hop with rock in an an attempt to change the perception of “urban” music.  Oxymorrons began as a collaboration between Queens-bred brothers Kami and Demi (vocals) who, after years spent performing and touring with other groups, decided to rock the NY scene with their sonic fusions.  With the addition of drummer Matty Mayz and bassist/guitarist Jafe Paulino, the band aims to speak for and to the rejected and for embracing one’s individuality.  With their blend of sharp-witted lyrics and genre-bending music, the band has earned an ever growing fanbase and have collaborated with artists such as Travis McCoy, Saba, Sam Gongol of Marian Hill, Maxine Ashley (Pharrell/I am OTHER) and Wynter Gordon.  With a live show that is full of non-stop energy, the band has performed festivals such as SXSW, Firefly, AfroPunk, Funk Fest and CMJ, as well as with artists such as Lupe Fiasco, Common, Ludacris, Rihanna, Bruno Mars and Salt N Pepa. Photo credit: Vee Sanders.

You can follow and stay up-to-date with Oxymorrons via the following links:

You can follow and stay up-to-date with the 333 Wreckords Crew via the following links: