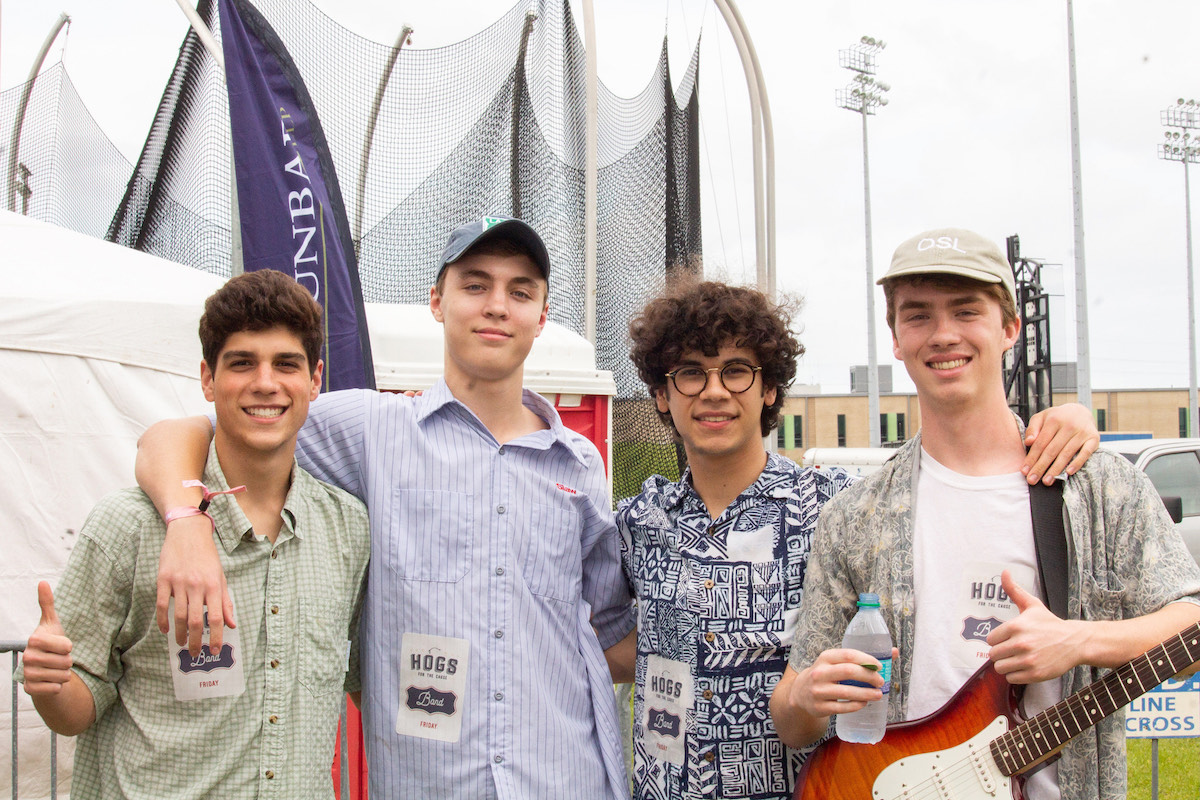 Based in New Orleans and regularly headlining sold-out venues, One South Lark effortlessly harnesses the unmatched yearning for summer and the freedom that only comes with surfing on the open ocean.  The indie rock quartet self-produces and self-releases all of their music with the gleaming glow of dreamy nostalgia, and they are currently preparing their first full-length album Vista Beach, which is set to release in the coming months.  The band’s sound seems to reflect the cultural zeitgeist of their generation: a desire to surf freely on the open ocean while ironically being stuck in the suburban sprawl of the city. They embody the youthful nostalgia of their catchy, do-it-yourself backyard pop songs.  It is no surprise that the group formed while still in highschool, where they had their first local hit with the single Japanese Soda (2018) and traversed the New Orleans indie rock scene.  The group maintains that bittersweet feeling of longing for summer days with their unique blend of surf rock, folk, and contemporary indie.

The band recently released their latest single “On Jupiter Drive”.  Says the band, “”On Jupiter Drive” describes a melancholy dream, like being somewhere and suddenly realizing you don’t know how you ended up there.  The sound of this is bittersweet as the narrator battles with unfamiliarity, and realizes they desperately want to go home.  The sleepy rock track explodes at the chorus, where the narrator seems to have a eureka moment before the track marches on.”  You can follow One South Lark and stay up-to date on all upcoming music and news, as well as stream their music, via the following links: