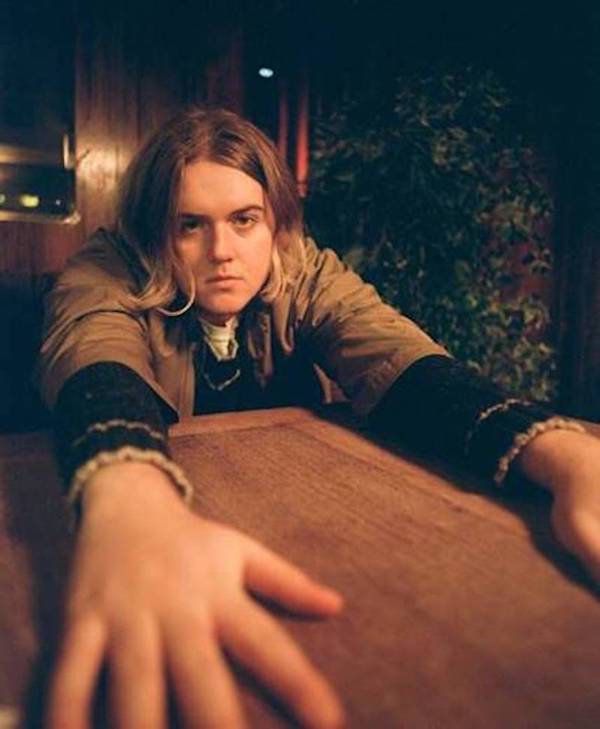 Fast-rising London based artist and multi-instrumentalist Oscar Lang recently shared his brand new single “Stuck” and announced his debut album Chew The Scenery – out July 16 on Dirty Hit. Produced by Rich Turvey (The Coral, Blossoms), “Stuck” premiered on BBC Radio 1 as an Annie Mac First Play and comes with an accompanying video directed by James Slater.  Written to capture the emotions and complicated feelings that are often attached to the embarrassing situations we replay in our minds, Lang describes “Stuck” as “the point where you feel overwhelmed with all the voices in your head.”  “Often, I’m a bit spaced out and can’t pay attention to things because I’m so distracted by my own thoughts,” Lang admits, realizing he spends a lot of time re-hashing old experiences. “I wanted to express that chaos of all those voices running through my head down into a song.”

With Chew The Scenery taking in scuzzy indie rock dynamics, psychedelic flourishes, and even orchestral grandiosity along the way, Oscar Lang’s guiding light has been the art of embracing feeling.  Spanning topics such as growing pains, love, romance, friendships and the pitfalls of social media on our collective mental health, Chew The Scenery is both Lang’s most cohesive project to date and his most ambitious.  “Over the past two years the sound of my music has changed a lot, from bedroom pop to rock” Lang explains.  “We recorded the album over a month up in Liverpool. It was a nice break away from the tedious lockdown in the UK as I got to spend a month away with my mates doing what I love.  I think you can hear that built-up boredom being released on the record.”

Today’s announcement follows a momentous 2020 for Lang which yielded the release of three EPs, Antidote to Being Bored, Hand Over Your Head and Overthunk.  Lang’s “Apple Juice” has been featured in EA Sports game FIFA 2021 while “She Likes Another Boy” has found an audience on TikTok – the platform where “coffee,” the track Lang produced for beabadoobee, has found viral legs in  Powfu’s  “death bed (coffee for your head”), which has collected over 950 million streams  on Spotify alone.   Along the way, Lang has also gathered praise from  SPIN, BBC Radio 1’s Jack Saunders, Annie Mac,  and  Huw Stephens,  The FADER, The Line Of Best Fit, NME, CLASH, The Guardian, The Sunday Times and others.  You can connect with Oscar Lang via the following links. You can pre-order and pre-save his new album HERE.