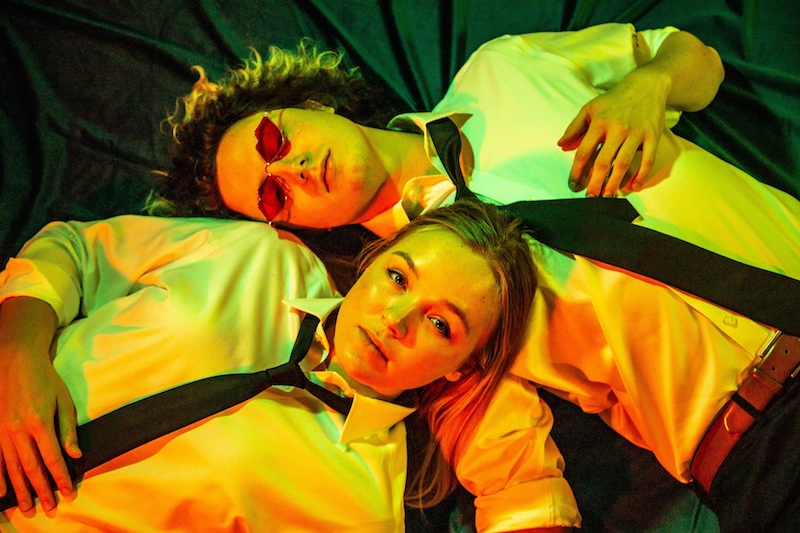 Fast-rising pop rock band Babygirl have released their highly anticipated EP Losers Weepers alongside the video for their bittersweet new single “Million Dollar Bed,” a confessional, anti-flex anthem that speaks to the futility of chasing fame and fortune to find happiness and closure.  The EP, out today via Sandlot Records in global partnership with AWAL Recordings, also features previously released singles “Nevermind,” “You Were in My Dream Last Night,” and “Easy.”  Losers Weepers is a collection of songs written for anybody who feels like an underdog, whether it be in their relationships, careers, whatever,” says Babygirl.  “Some of the songs, like ‘Easy’ or ‘Nevermind,’ are written about a break-up where one person was much more invested than the other.  Other songs, like ‘Million Dollar Bed’ or ‘Today Just Isn’t My Day’ are more about navigating life with a gnawing sense of disappointment.  We made an effort to offset some of the bummer lyrics by making the productions playful and sweet, almost hopeful.  We always want to make it feel bittersweet.”

Making music for the underdogs and those that cheer for the losing team, Losers Weepers’ singles are quickly adding to Babygirl’s over 6 million streams and have received acclaim from NPR, Noisey, Paper Magazine, Stereogum, UPROXX, Alternative Press, High Snobiety, NYLON, and more.  The band’s previous single “Nevermind” is steeped in John Hughesian sadcore, shoegazing melodies, and hazy guitars that speak to being strung along in a one-sided relationship, while “Easy” speaks to the self-destructive thrill of unrequited love through soft synths and guitar echoes, while rhyming “existential dread” with “breakfast in bed” and likening the experience to being tossed around in a demolition derby.  “You Were in My Dream Last Night” is a love letter to the demons of past relationships that draws listeners into the quiet sadness of waking to an empty bed after a post-breakup dream.  Their singles have been featured on Spotify’s New Music Friday playlist, Apple’s New Music Daily, and have appeared on major indie pop playlists including the cover of Pop And Chill, Indie Pop, Lorem, Your New Alternative, and Breaking Pop.  Recently teaming up with Spotify Canada to be featured as one of their RADAR Canada artists, Babygirl have solidified their position as a one to watch for this year.  Accomplished songwriters who also recently co-produced Lauv’s “Canada ft. Alessia Cara,” Babygirl trojan horse clever lyrics and vast musicality into airy pop songs – anchoring them in palpable emotion to provide a release that can soothe listeners by expressing feelings that they may not have been able to express on their own.

Babygirl received immediate love from Spotify for their first ever single “Overbored” and, with the release of their sophomore 2018 EP Lovers Fevers and standout single “Soft,” caught the attention of GRAMMY-nominated powerhouse J Kash [Katy Perry, Charlie Puth] who signed them to Sandlot Records in global partnership with AWAL Recordings.  Sharing admiration for Alvvays, blink-182, John Mayer, Death Cab For Cutie, and Taylor Swift, Babygirl is made up of Kiki Frances, who also counts Avril Lavigne, Kelly Clarkson, and Hilary Duff as some of her formative influences and began penning songs at nine-years-old, and Cameron “Bright” Breithaupt, who grew up surrounded by music as the child of two full-time professional musicians.  You can connect with Babygirl via the following links.  Photo credit:  Kate Dockeray.