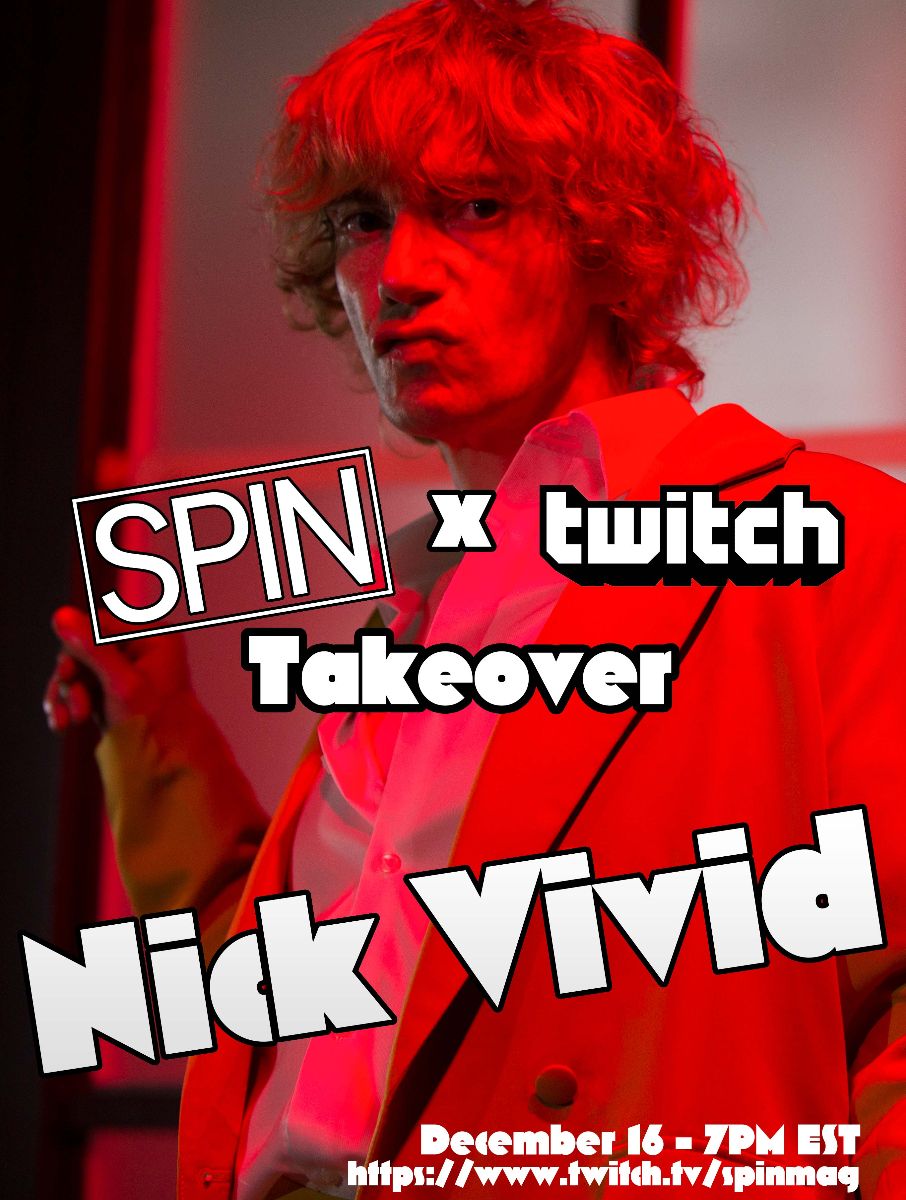 Not beholden to any trends, Nick Vivid states, “I think I’ve found a way to fuse everything I love about ‘60s psychedelic funk, ‘70s glam rock, ‘80s new wave, and ‘90s hip hop into my own voice.” The sounds of Nick Vivid’s fourth album No More Secrets “champions that dirty DIY vibe” and features even more “analog goodness” than his prior releases.  “It’s important to me to never lose that spirit I had when I was 16 making my first records.”  Both of Vivid’s parents passed away since the release of his last album and he has since been able to look at his relationships with them more objectively.  The family secrets didn’t need to be hidden anymore and even though there weren’t any super dark ones in Vivid’s case, it allowed him “to see [his] relationship with them more honestly than [he} did when they were alive.”

Vivid’s latest single from No More Secrets is “Blackmail,”a lo-fi synth tune about empty threats while the prior single, the psychedelic track “I Wanna Reign Again” is about how he, like most people after all the Covid lockdowns and restrictions, just wants to “get back out there and live again.” The album’s other singles  “Trainers” (about second chances and starting anew when something isn’t working out the way you want it to) and “Hush Money (Straight to the Bribe)” (about the choice of being a “bullshitter” vs. being an “honest person”) hone in on a main theme on the album of owning one’s choices as to who we are and what we’re about and how personal limits can be shattered the moment we decide to shatter them.  Vivid also recently released an original Christmas single, “Christmas Alone” out now.

Nick Vivid was raised in Buffalo, NY and was introduced to soul and blues music by a radio DJ father and a glam rock-loving mother whose musical tastes shaped his musical output. He eventually moved to NYC to work with Bill Aucoin (original manager of KISS and Billy Idol) and had released three solo albums prior to No More Secrets (April 2016’s Watch It Fly, October 2017’s Nicksploitation, and May 2019’s Blissed Out). While Vivid is a front man/solo musician/song and dance man, he is also a multi-instrumentalist (guitar, bass, drums, keys) as well as engineer and producer – an all-encompassing artist.  You can connect with Nick Vivid via the following links: