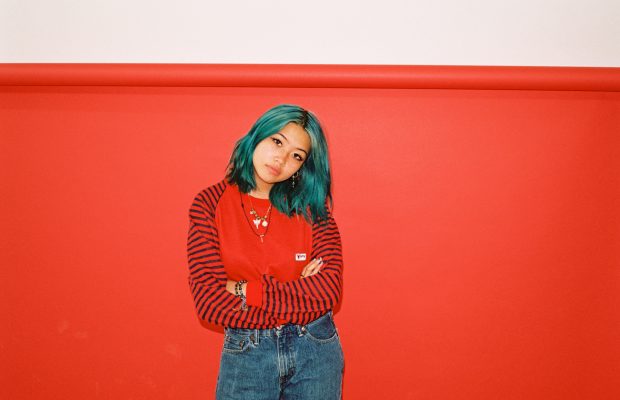 London based bedroom-pop artist beabadoobee has announced her new EP, Space Cadet, out this October.  The EP’s first single, “She Plays Bass,” was revealed yesterday on Annie Mac‘s BBC radio show.  The video was directed by long-time collaborators Bedroom who also directed Bea’s videos for “If You Want To” “Disappear” and “Dance With Me“.

London artist Bea Kristi, better known as beabadoobee, is having a massive year. Riding the momentum of her sophomore EP Loveworm (out now via Dirty Hit), the new single and announcement of her second EP in 2019 comes weeks after the news that she would join indie-cool powerhouse Clairoon her 29-date Immunity tour with stops in Chicago, Los Angeles, and New York.  Amidst the tour, beabadoobee’s North American debut, she will make festival appearances at Middle of the Map in Kansas City on October 4th and Voodoo Music + Arts Experience.  She’ll also swing by Chelsea Music Hall to be featured in Complex/Pigeon and Planes’ bi-monthly live music showcase “No Ceilings.”  Tickets are on sale now HERE.

Possessing the passion and raw transparency of Loveworm, an album which received support from Paper, Complex, Pigeons and Planes, Highsnobiety, Noisey, Nylon, The Fader, Bustle and Billboard, among others, “She Plays Bass” captures her flawless output of confessional bedroom pop songs and DIY aesthetic, which beabadoobee has used to gain the trust and attention of a huge and decided fanbase of Gen-Z peers.  These peers have rocketed her to over 36 million streams on Spotify and prompted Billboard to address how Loveworm‘s lyrics “reads like a diary entry of perfectly-captured teenage angst” and Khalidto tweet about how the album inspired him to create.  You can follow beabadoobee and stay up-to-date with all upcoming EP, artist and tour news via the following links.  You can also check out her upcoming tour dates below.  Photo credit: Jordan Curtis Hughes.
Facebook | Instagram | Twitter | Spotify | Soundcloud | iTunes/Apple Music | YouTube | Deezer | Google Play