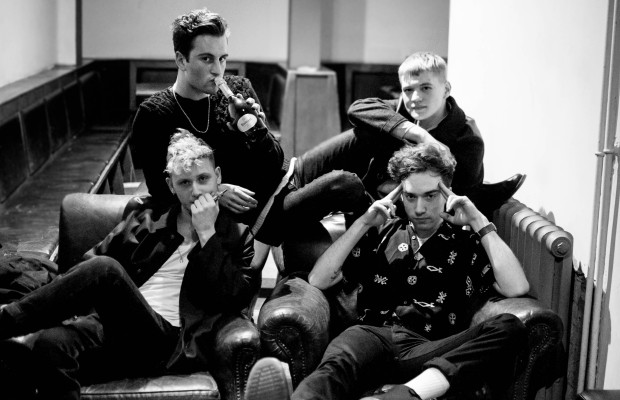 We recently caught up with VITAMIN before their headlining show at London’s Notting Hill Arts Club and they got candid about their opinions on music streaming and where they think it will take the music industry in the future.

Harrison (bass): There are definitely pros and cons of streaming online. Artists like Spooky Black, for instance. We wouldn’t have heard people like that if wasn’t for streaming. So I think for younger bands, it has become a massive thing. There are SoundCloud artists that blow up because their music is available at any given point.

Cameron (guitar): The main problem is just the consumption of music. People were saying that people aren’t buying records anymore, but now there is this big record revival and that has pushed out all of the independent companies and distributors so they can’t get their records out because people are buying old releases from major labels. It’s just like, no one’s happy.

Jared (vocals): My thing is that it kind of ruins the magic of an album. There would be a time, probably that we aren’t even aware of because we are too young, but a time where music was rare and now everyone can just have anything all of the time. I like the idea that records have this mystique about them.

Harrison: Once again, that has become kind of a fashion in the industry. I think CDs will have their time again because it all just comes around in circles.

Theo (drums): There will be a new version of streaming at some point. Streaming is definitely the future of music and I don’t think it is going to go back so there will be something else eventually that everyone can consume music on, just no one knows what it is yet.

Harrison: I am for streaming, it just hasn’t been sorted out properly yet. But it’s definitely a big platform. Someone can pick up their phone and listen to an artist they have never heard of before and become a fan.

Theo: I pay ten pounds a month [on Spotify] for all of the music I want really. Except for Taylor Swift, unfortunately. It’s all still in the early stages, but there is no point in trying to fight it. People just have to accept that they are going to find ways to stream music for free.

VITAMIN’s latest single “This Isn’t Love” is out now! Watch their brand new music video for the single here and purchase the track here.

Make sure to stay updated with Stitched Sound and keep your eyes out for our full interview with VITAMIN in our upcoming digital spring issue!