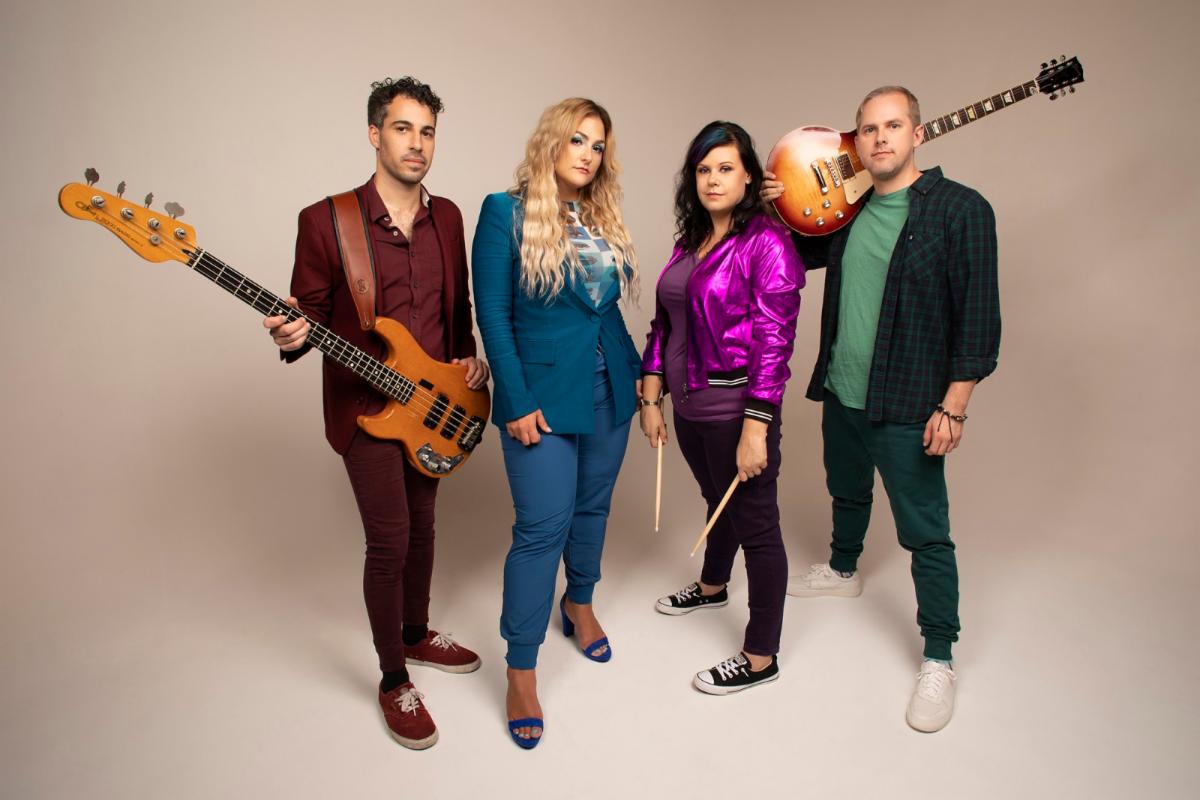 Southern California female-fronted band Move Like Creatures has released the music video for powerful and effervescent “Space Case”, the title track off their debut EP out March 23rd about the stigma surrounding mental health and accepting our flaws. The four piece band who has defied the odds transcending the loneliness and isolation of lockdown to find each other in the midst of the COVID-19 pandemic through a Craigslist ad, offers connection to listeners through their music, reminding them that they are never alone. The track follows their spellbinding debut single/video “Mind Reader,” a rallying cry for anyone who’s ever been misunderstood or misdiagnosed, for anyone who’s ever been told to toughen up or shake it off.

“The Space Case EP embodies the struggles and experiences of being human. A year ago we began to build this dream with a few scribbled down ideas and a handful of unfinished songs,” shared Move Like Creatures. “This EP is an example of how you can overcome uncertainties in life through creating and collaborating with others. We dove head first into this project during the pandemic because we wanted to be a part of the message that you aren’t alone and good times are ahead, anything is still possible.”
Recorded with producer/engineer Ethan Kaufmann (Ryan Cabrera, Avril Lavigne), the forthcoming collection is deceptively bright, fueled by addictive hooks and an infectious charm that belies the collection’s often-weighty subject matter. Frontwoman Nancy Bombard’s lyrics are raw and vulnerable, grappling openly with loss, insecurity, and mental health, and her bandmates—drummer Melissa Koziel, bassist Brian Bello, and guitarist Ryan Reynolds—deliver similarly confident, captivating performances, mixing pop sheen and rock and roll grit with immersive electronic flourishes and streaks of punk defiance. The result is a sound that’s at once intimate and anthemic, a bold, bittersweet debut that hints at everything from Hayley Williams and Liz Phair to Gwen Stefani and Olivia Rodrigo as it reminds us that no matter how dark or desperate things may seem, we’re never truly alone in this world.

After the COVID-19 pandemic, many people experienced depression for the first time, struggling with how to manage those feelings without the usual distractions. It should come as little surprise that mental health is such a priority for the band: Bombard holds a degree in psychology, and Bello is actually a practicing psychiatrist, citing the band as the perfect intersection of making music and making meaningful connections. It was that desire for meaningful connection that brought Move Like Creatures together in the first place. Hungry to return to the studio and the road after the dissolution of her last band, Bombard (who’d opened for the likes of 311, Slightly Stoopid, Sublime with Rome, and Rebelution in previous projects) took her search for like-minded artists to Craigslist in the early days of the pandemic. With so much of the world shut down, she wasn’t sure who—if anyone—would respond, but something told her she needed to give it a shot. “Within a day and a half, I’d heard from Ryan,” recalls Bombard, “and I was so excited about the prospect of collaborating with people again that I didn’t even stop to think that it might be dangerous to invite a stranger from the internet over to my house. I ended up hiding a knife under the couch cushion the first time we got together just to be safe.” Fortunately for both of them, Bombard and Reynolds clicked instantly, and with the subsequent addition of Koziel and Bello to the lineup, it soon became apparent to all involved that they were on to something truly special. It was those instincts, after all, that brought Bombard and her bandmates together. “I feel like the four of us are just these misfits with all these different traumas and struggles and creatures living inside of us, which is where the band’s name comes from,” she explains. “We’ve all been dragged through the mud at some point and gotten back up, but that just makes us value each other even more.” It’s what makes them family. With more music on the way, you’ll start to feel like part of the family, too. You can connect with Move Like Creatures via the following links.  Photo credit: Kim Newmoney.
Website | Facebook | Instagram | Twitter | Spotify | Amazon Music  | YouTube | Deezer