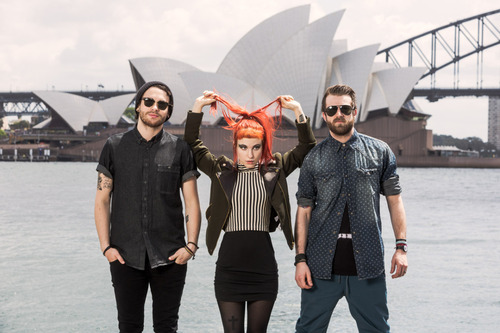 In a recent interview, Hayley Williams revealed that Paramore is working on new music.

“We’ve never been the band that can write on tour, but we’ve actually already started writing just for fun,” she tells ABC News Radio. “I mean, who knows if it’ll ever see the light of day but uh, really it’s like a new exciting thing for us to be writing on tour.”

Williams adds that the band is planning to record some new tracks during the next North American leg of their tour, which kicks off on October 15 at the KeyArena in Seattle, WA.

“Hopefully, on the Self-Titled Tour we’ll have our buses — [because] sometimes when we’re overseas we don’t — and I think we’re gonna try to set up a little studio situation in the back so we can just demo and kind of have fun with new ideas on tour.”