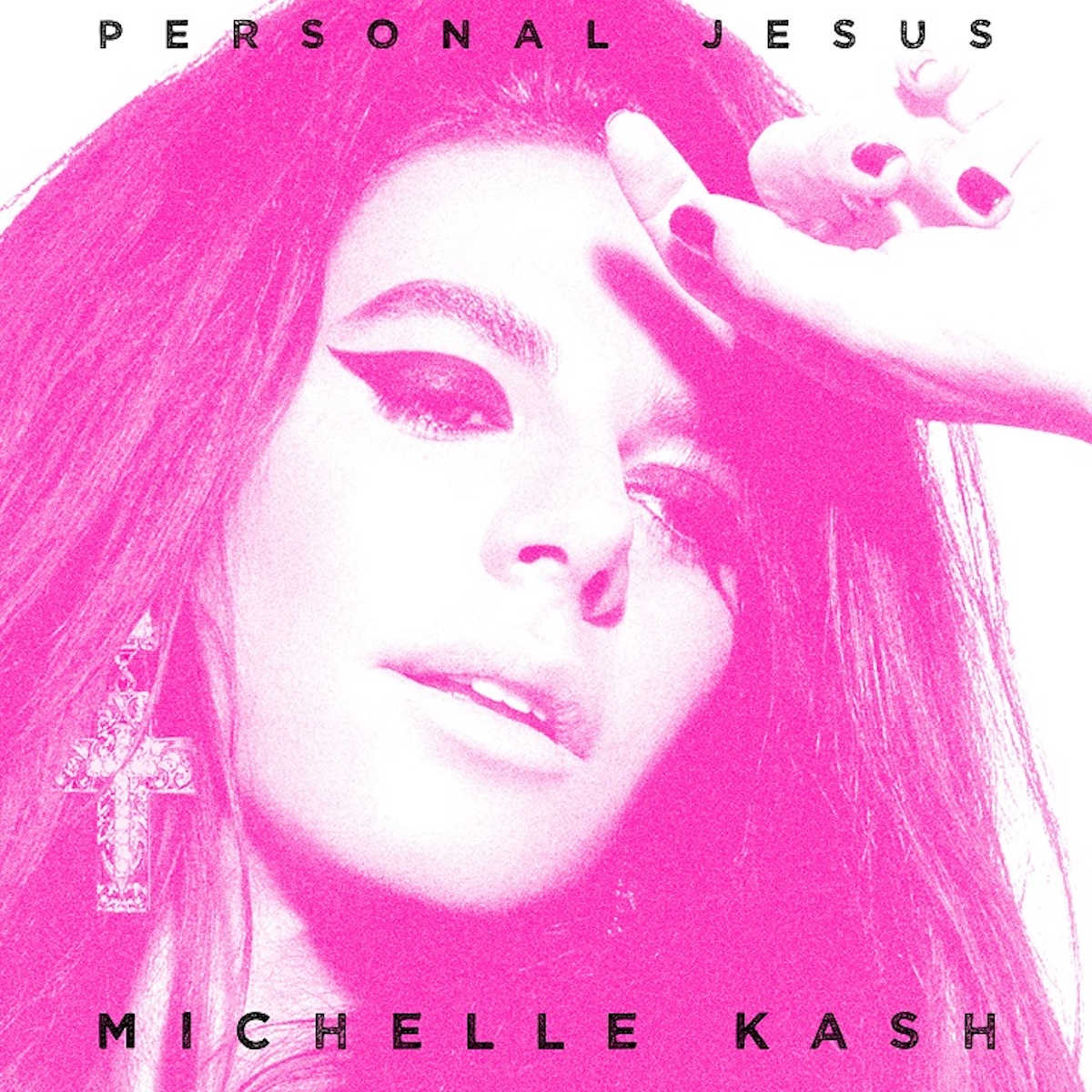 When Michelle Kash ponders the nature of her music, the New York-born and Los Angeles-based songstress does so by likening it to “a dimly lit room” and “torn lace.”  Pinned down by her smoky soulful delivery and a personal style somewhere between Debbie Harry and Old Hollywood pinup, these visions crystallize in a sultry and seductive take on pop equally evocative and empowering in its confidence and charisma.  This unfolds across a series of 2019 and 2020 releases for the singer and songwriter.  “There’s a sensual vibe to everything,” she exclaims.  “It’s moody, but it’s also dark. Across the music, I feel like what I’m doing is just human.”  Music breathed through Michelle at the right time.  Inspired by everyone from Aretha Franklin, Joan Jett, Patti Smith, and Jefferson Airplane’s Grace Slick to Fiona Apple, Cat Power, Portishead, and Florence + the Machine, she grew up playing guitar and piano and writing poetry of her own.

Driven by inner battles, she became fascinated by spirituality, often going on meditation retreats.  During one such encounter in Utah, her purpose became clear.  “In the middle of this meditation, I felt something in my throat, and I didn’t think anything of it at the time,” she recalls. “When I got home that night, I started to have this tone and sound I never had or heard before coming out of me. It didn’t sound like me at all. I spent months singing alone, recording myself, and rearranging songs without telling anyone.” Inspired by the Queen of Soul, she sought out a local gospel choir on Craigslist, auditioned, and landed a place in the group. With countless hours performing and writing under her belt, she relocated to Los Angeles in 2016 and fashioned her flirty, fiery take on alternative pop.  She formally introduced herself on the 2019 single “Smoking Gun” and its accompanying remix by Tom Martin, generating nearly 100K streams.  Between gigs at L.A. hotspot Hotel Café and the legendary Whisky-A-Go-Go, she dropped “Hurt Me” and ramped up momentum.  She recently released her take on the Depeche Mode classic “Personal Jesus”.

In between echoes of cinematic synths, her voice tows the line between a coy croon and a commanding chant on “Personal Jesus,” positioning her as a 21st century temptress of the highest order.  “When I sing “Personal Jesus”, I have a vision of a sexual savior within myself or whom I look for in others,” she explains. “It’s gritty and shadowy like an after-hours party. I hadn’t seen a woman cover the song, which added a different dimension. It paves the way for where I want to go musically.”  Kash’s cover of “Personal Jesus” debuted this week on the Billboard Dance Club Play Songs Chart at #46, and today sees the release of 3 dance video remixes of the cover.  You can follow Michelle Kash and stay up-to-date on all upcoming artist, music and tour news, as well as stream and purchase her music, via the following links: