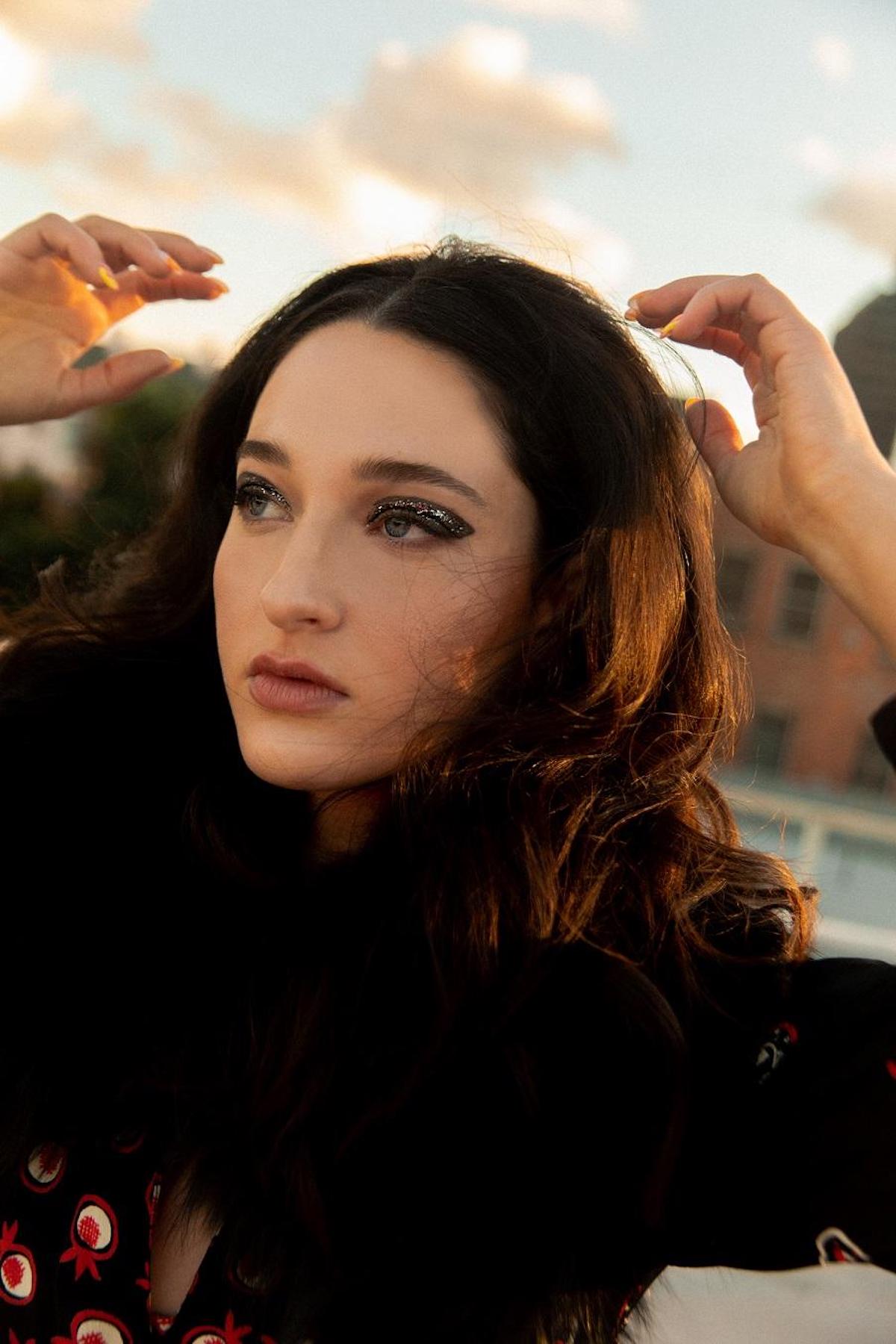 Rising singer/songwriter Maeve Steele has released her new single and music video for “Shimmer”, a dance floor ready, synth-pop gem delivered with the plain spoken poetry and intuitive empathy of a natural born storyteller. Inspired in part by Joan Didion, who once said that her writing came out of “images that shimmer around the edges,” Steele wrote and rewrote the track over and over as she played with light and energy to craft a romantic, impressionist vision that landed somewhere between reality and fantasy. Recorded with multi-platinum producer/mixer/engineer Brian Malouf (Michael Jackson, Madonna), Steele’s songs are bittersweet meditations on growth, change, and self-discovery, profound works of introspection wrapped in effervescent pop packaging that belies their true emotional depth. She draws on everything from roots music to disco in her writing, and the juxtaposition of such wildly disparate sonic influences only serves to heighten the boundless sense of freedom and curiosity at play in her lyrics.

“When I wrote ‘Shimmer’, I was in the process of really learning how to be happy as I was entering a new stage of life. Overall, this song was born out of the mindset that to a certain extent, I can find joy or excitement in most situations depending on how i look at it…anything can shimmer,” shared Steele. “This song represents opportunity and optimism about the future, both creatively and in my personal life, as trying to establish my voice as a songwriter has come in hand in hand with finding out who I am as a person.”
Born and raised in the Bay Area, Steele developed her voracious musical appetite and distinctive fashion sense at an early age, inspired in large part by the Haight-Ashbury scene of the late 1960s and early 1970s. While Steele’s formal introduction to music came through classical violin lessons that began before kindergarten, her family’s home was regularly filed with the sounds of folk, Americana, and country records. The evocative lyrics and indelible melodies proved irresistible, and by the time she was in elementary school, Steele was teaching herself to play guitar and beginning to write her own songs. Hungry to learn more about the business side of things and eager to surround herself with other like-minded folks, Steele moved to Nashville for college, where she studied literature during the day and honed her craft at night. Though she initially envisioned a behind-the-scenes career writing for other performers, her plans quickly changed once she got her first real taste of being onstage. “I was 19 when I started doing these songwriter rounds in Nashville, and something clicked where I realized I didn’t want to just churn out songs and then give them away,” she explains. “I realized that I needed to see my songs all the way through, that I needed to be an artist rather than just a songwriter.”
So, in 2019, Steele took a leap of faith and released “Real” and “Tourist,” a pair of mesmerizing, pop-noir singles that blurred the lines between the digital and the organic and hinted at everything from Imogen Heap to Lana Del Rey. Buoyed by the response, Steele returned in 2020 with Barefoot, a similarly adventurous four-track EP captured in Nashville with the help of guitarist Cole Phillips (Colt Ford, Canaan Smith) and GRAMMY-nominated engineer Robert Venable (Twenty One Pilots, MuteMath). Just as things were beginning to take off, though, the COVID-19 pandemic brought the entire music industry to a grinding halt, and Steele found herself right back where she started. Literally. Like most, she had no idea what was going to happen, so she just started writing, both about the complicated swirl of emotions she was going through in the moment and also the future she wanted to manifest for herself whenever the pandemic was over.  You can connect with Maeve Steele via the following links.  Photo credit: Joelle Rosen.
Website | Facebook | Instagram | Twitter | Spotify | iTunes/Apple Music | YouTube | Deezer