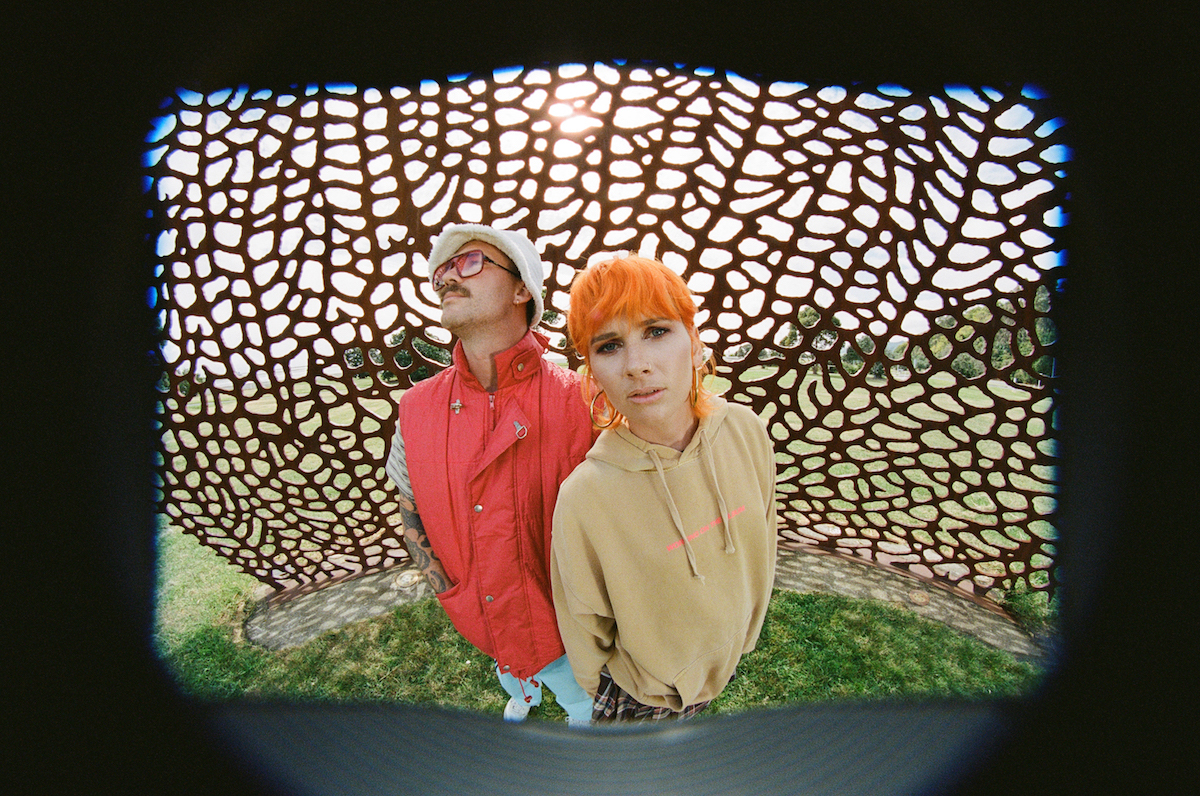 BROODS (beloved sibling duo Georgia and Caleb Nott) have returned with a new single and video for “Piece Of My Mind.”  The first in over two years, this release provides a taste of their forthcoming album, Space Island.  The new single offers an escape into the duo’s world of lush, classic synths and enchanting vocals as they launch into their next era.  “Piece Of My Mind” is a classic BROODS anti-anthem reckoning with grief and denial lit up in spectacular neon and animated with the sibling’s trademark wit and verve.  The duo has also made a gorgeous B-movie-inspired visual filmed on 35mm and 16mm in the duo’s home turf of New Zealand. Evoking the arid mysteries of Space Island as well as sci-fi horror classics, the video is an endlessly fascinating fantasy that serves as a testament to BROODS’ strength of vision.

“We wanted to do something really special, because we don’t know when people are going to be able to go to live shows next,” says Georgia. “So we wanted to create this world that people could come and visit from wherever they are.”

Despite its anthemic, arena-ready highs, “Piece Of My Mind” might be one of the darkest songs BROODS have ever written, deceptively bright in its tone but complex and exploratory in its lyrics.  It’s the first chapter in a suite that builds on 2019’s Don’t Feed The Pop Monster with new layers of emotional clarity and pop atmospherics.  “‘Piece Of My Mind’ is the opening fanfare of Space Island,” says Georgia. “The song describes the many paradoxes we encounter when we try to escape our problems — the more we try to run away from our problems and ourselves, the more we are confronted with the aspects of each that we don’t like.  ‘Piece Of My Mind’ is the moment I start reasoning with myself at the crossroads — to figure out where I am, and what’s really at the heart of what I’m denying and trying to escape.”  To conjure the beginnings of Space Island, BROODS’ evocative and distinctive new world, Caleb and Georgia approached Canadian producer Stint, who has worked on hits by Mø and Carly Rae Jepsen.  “With the production, we wanted to make it sound like you were on this kind of jet pack trip where everything is shifting, where you’re escaping to this unknown world called Space Island,” says Georgia.  Stay tuned for more information and music coming soon!

Born into an exceptionally musical family, indie-pop siblings made their breakthrough as BROODS in 2014 with the release of their hit single “Bridges” and debut chart-topping album Evergreen, which reached #45 on the Billboard 200 chart, debuted at #1 on the New Zealand Albums Chart, and #5 on the Australian Albums Chart.  In 2016, the duo released their sophomore album Conscious, featuring lead single “Free” which reached the Top 10 on Spotify’s U.S. Viral Chart, and featured the Lorde-penned “Heartlines,” and “Freak Of Nature” ft. Tove Lo. In 2018, the duo released their critically acclaimed album Don’t Feed The Pop Monster and have garnered praise from the likes of NPR, Billboard, Grammy.com, USA Today, MTV, Refinery29, W Magazine, Under The Radar, Complex, CR Fashion Book, and more.  In addition to television appearances on Late Night with Seth Meyers, The Late Late Show with James Corden, and Conan, and festival performances at Coachella, Lollapalooza, and Outside Lands, BROODS has shared stages with Taylor Swift, Ellie Goulding, Sam Smith, Haim, Tove Lo, CHVRCHES and collaborated with Troye Sivan, Jarryd James, San Holo, and most recently on Ladyhawke’s track “Guilty Love.”   With over 1 BILLION streams of their music across DSPs, there’s no stopping them as they enter this next era.  You can connect with BROODS via the following links.  Photo credit: Sam Kristofski.