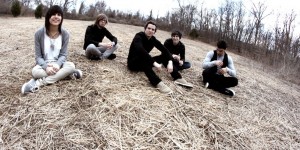 In 2005(ish) I had met up with Brandon Hom and Matt Clunie in Brandon’s bedroom to start our new hardcore band. With a bunk bed, full drum set multiple dressers and a half stack amp, we each had to find a small nook in the room in order to practice; each of us cramped in our own space. Yet I was beyond happy to be cramped in my little space of the bed at 15 looking up to bands like Underoath, Every Time I die, On Broken Wings, and Stray From The Path. It was just the three of us; one guitarist, one drummer, and a screamer, eventually adding my MicroKorg to the mix. We went on to share the stage with The Red Dream, Emmure, Severed Us, and Dr.Acula and made a ton of friends on the way. Our only concerns at the time were br00tal breakdowns and getting our friends to dance.

It wasn’t until a little bit later that I started to take it seriously, think of it as a career. A few of my friends in The Red Dream had invited me to work on a top-secret project with them in Manhattan with a lot of money put into it. And before I knew it I was on a train to the city to meet Joseph Janus and The Berman Brothers, the men who wrote the A Night At The Roxbury soundtrack, Who Let The Dogs Out, and Hanson’s Mmmbop. I auditioned for the band with Dashboard Confessionals Hands Down my heart beating out of my chest. They went outdoors to discuss it and came back to tell me I got the gig. I remember one moment on the phone with a friend when the guys went out to lunch and I was standing on the top floor of an office building surrounded by platinum records. Out on the balcony we were overlooking St.Patrick’s Cathedral all of New York City at my fingertips, I was overwhelmed; a little scared, but beyond excited. We recorded at Chung King Studios, created by the Beastie boys, and were recording down the hall from major label artists, writing songs to get ready for a big tour starting in Germany. It was a little overwhelming and VERY exciting. But as we quickly learned more about the nature of the major label industry we learned more about the downside even quicker. The other guys felt as if they were “selling out” and didn’t recognize the opportunities in front of them. Everything stopped.

We’ll keep you guys posted with more news about upcomings from Love, Robot.