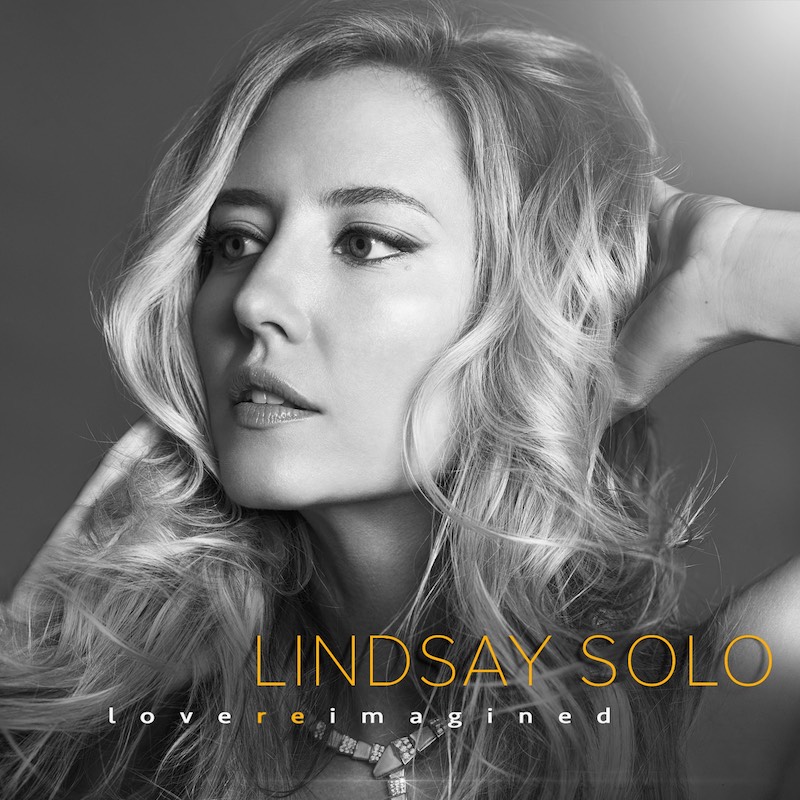 Lindsay Solo is one of those artists that’s full of awe.  She has vocals on the scale of Arianna Grande and Whitney Houston, powerful and strong that just keeps you amazed no matter what she sings.  She is able to transform a song into something original and new and her classical spin on familiar hits make her remarkable.  Her style is an extension of the epic music tradition, a modern, cinematic sensibility that harnesses the expressive power of classical music and the immediacy and accessibility of pop.  Her repertoire spans the American songbook, pop hits, film favorites, and newly-penned originals.  She first discovered her vocal talent by accident in college, where she later studied Vocal Performance and Opera. Her earliest musical memory was that of childhood movie soundtracks and adult pop artists like Michael Bolton and Celine Dion.  As a singer, she says “I feel like it’s my responsibility on this planet to bring joy and healing to others with my singing,” and so she does with her newest album.  Love Reimagined, is out today on Spotify, Apple Music, Amazon, and Google, is an array of cover songs from a variety of artists.  She says “I have personally chosen each song on Love Reimagined, picking the songs that have touched me the most throughout my life’s journey in love.  There’s nothing more epic than the emotion of love.”  Each song showcases her vocal range, but none more than her rendition of Simon and Garfunkel’s “Bridge Over Troubled Waters,” The Calling’s “Wherever You Will Go,” and “Nella Fantasia” of the film The Mission.

“The inspiration to include “Bridge Over Troubled Water” originally came from looking for iconic songs for “Love Reimagined” that had a big, sweeping, cinematic feel to them. Simon & Garfunkel’s original recording from 1970 certainly fit that bill. But as I dug deeper into the meaning of the song, I realized that with a different arrangement and vocal approach, the heartfelt and poignant lyrics that makes this such a strong love song could attain a more personal and intimate result. With a genuine gospel arrangement, and a spiritually based vocal performance, this incredible song could take on a new meaning for a newer generation. Indeed, it would not be necessarily limited to devotion in a traditional one-to-one relationship, but could also transcend to an offering of love and support in important causes relevant today, such as social justice. Yoav Goren(producer), provided genius to the magic. For the recording session of the backing tracks, he assembled an amazing group of session musicians that had deep knowledge and experience with gospel music. We wanted that to really be translated and felt for the listener. It was pure joy and inspiration to record the band live on real instruments with no overdubs. The arrangement and subsequent performance came together organically, the sum being greater than the individual parts, the feel authentic and moving. Yoav Goren(producer) quote: “The recording of a small gospel choir, and double-tracked, immediately followed the band, and was a beautiful compliment to Lindsay’s original demo vocal previously recorded. After all the music had been recorded, Lindsay followed up with an incredible master vocal recording which bridged musical styles and cultures, and brought out the urgency of the song’s message.” From the original inspiration of the classic song, to the magic that happens in a recording studio with incredibly talented musicians feeding off each other and the emotion of a song, the experience of creating “Bridge Over Troubled Water” was a spiritually rewarding journey for all involved, and embodies the very reason we create music – to spread love.”

For each of these songs, she places her own interpretation and training in ways we may not have felt from the original.  She exemplifies her musical ability as she goes from high to low, and vice versa, effortlessly.  Her sultry voice carries her songs where the music is used as a starting point or a guide.  Her voice and music is familiar and she gives the sense of peace and calm when she sings and her covers exploit that.  You just want to sit and enjoy how she’s been inspired by these artists.  She’s sharing her joy for music and what it has given her.  Love Reimagined is an incredible album that tells us who Linsday is as an artist and we want to see more.  Lindsay has had the distinct opportunity to sing privately for music legend Quincy Jones at his Bel Aire home. She’s performed at the Dolby Theatre, sharing the stage with Andrea Bocelli, and at the LA Opera’s 50th anniversary dinner with Placidó Domingo.  Recently, she made a jaw-dropping appearance for Bulgari at San Ysidro Ranch, to celebrate the launch of its high jewelry line, Cinemagia.  There, she modeled an exclusive Bulgari necklace while delivering a fiery version of “O Mio Babbino Caro” for guests such as Kris Jenner, and CEO Jean-Christophe Babin.  She also has had the pleasure of singing duets with Michael Bolton at the Beverly Wilshire Hotel. In 2016, Lindsay issued her stunning self-titled debut EP, produced by composer/singer-songwriter Yonatan Elkayam, and featuring a bevy of ace musicians, including Michael Bublé guitarist Marcel Camargo.  You can connect with Lindsay Solo via the following links: