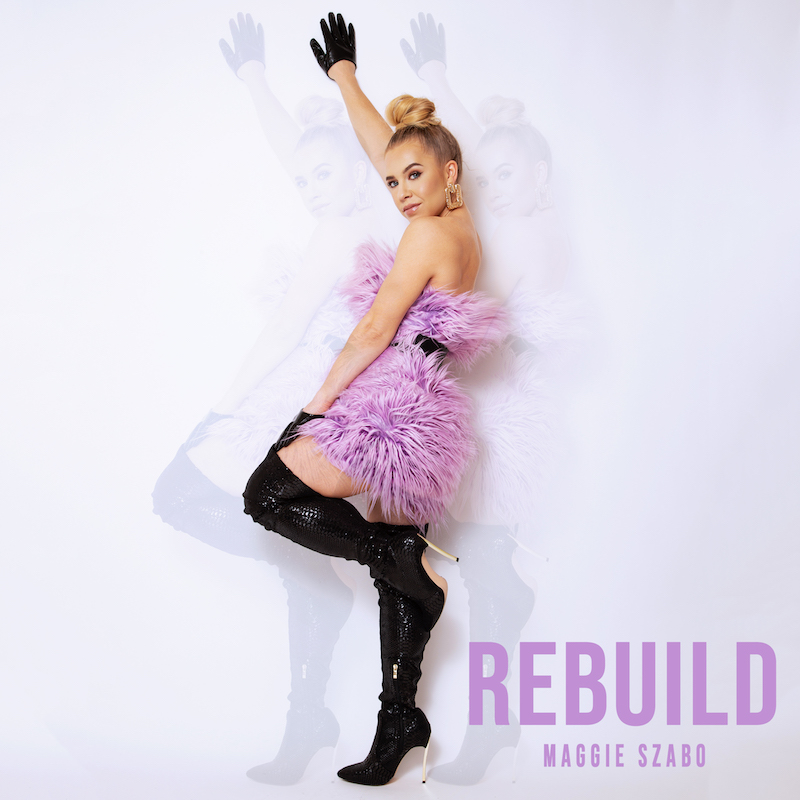 Los Angeles based power vocalist and dance/pop songwriter Maggie Szabo (hailing from Canada) has been busy releasing a string of hit singles showcasing her epic vocals and empowering lyrics, and has captured the affection of a worldwide audience. Today marks the release of her EP ‘Rebuild’ featuring her inspiring and uplifting songs “My Oh My,” “Sail Away,” and title track, “Rebuild.” Written as a powerful statement of resilience and self-actualization, Maggie Szabo’s ‘Rebuild’ EP delivers breathtaking vocals, compelling arrangements, and energetic production which will inspire any audience to choose their empowerment and personal growth above all else. Her previously released singles from the EP have landed her Spotify editorial placements including New Music Friday Canada, Cardio, Pop All Day and Best New Pop. The single “Rebuild” was featured by Yahoo! and Queerty as a 2021 “Pride Jam.” The EP also includes stripped down (acoustic) versions of “Sail Away” and “My Oh My” that truly showcase Maggie’s arena-friendly voice and artistry.

Hailing from Canada but currently based in Los Angeles, Maggie Szabo has been extremely busy releasing a series of high-profile singles, remixes and EPs that have put her on the map as a 2021 artist to watch. Maggie has been making waves on prominent Spotify playlists including New Music Friday, Mint, Cardio, Best New Pop, Fresh Dance Pop, Gym Workout Motivation, New Music Friday Switzerland, New Music Friday Deutschland and many more. This pop-songstress has quickly become one of the most sought after songwriter/vocalists for DJs and notable film and TV placements for networks like E!, Disney, NBC, Netflix. Notable press includes Rolling Stone India, CelebMix, The Advocate, Billboard, Popdust, Huffington Post, Ryan Seacrest, Perez Hilton, EARMILK and many more.  You can connect with Maggie Szabo via the following links: