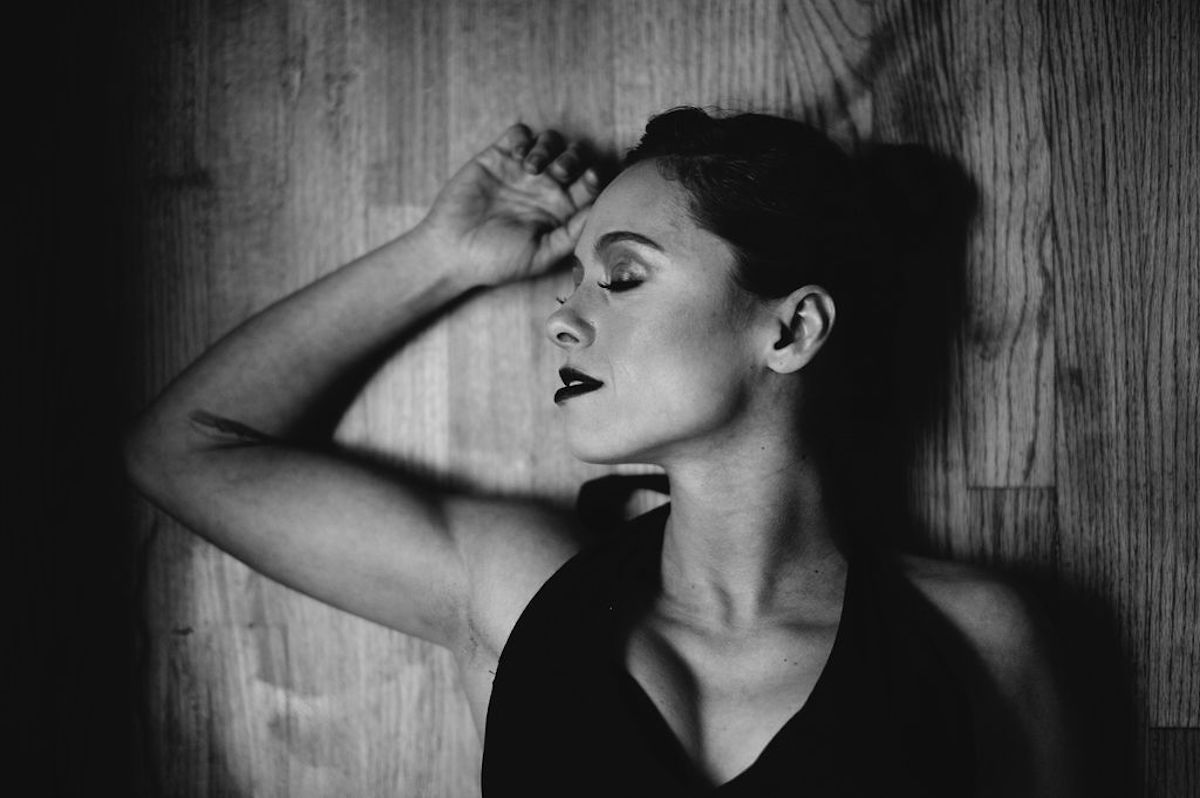 Combine classic, soulful, vocals with a modern twist of pop, electronic, and alternative R&B sounds and you’ll find yourself at the heart of Lia Menaker’s music.  Menaker’s music is a reflection of a childhood steeped in theatre and pop music, a long-time love for jazz singers such as Nina Simone and Billie Holiday, and added inspiration from artists like Amy Winehouse, Kimbra, and SOHN. The name Kyrøs, which serves as Menaker’s alter ego, was born after a year of experimenting with new sounds, gear and musical approaches, and at a time of deep self-reflection.  “There’s something about your 30’s… I started re-thinking what mattered… who I always told myself I was or wasn’t, and how my own storylines were creating this skewed reality.”  This is the impetus behind her self-produced debut EP -5 songs that delve into multiple aspects of identity, from creating fixed identities, to limiting ourselves through our own storylines, to understanding what it means to be human in such a digital age.  The songs are vocally driven and play with a mix of space, minimalist stylings, and experimental sounds.  Menaker has toured 50+ cities around the country and has licensed music to national and international networks such as MTV, PBS, and Netflix.  She performs regularly in Philadelphia and live streams weekly on Twitch and Facebook.  Her EP “I Am Kyrøs” releases on all platforms June 16, 2020.   Lia will be donating all July sales on her Bandcamp to Melanated Social Work.  Among their goals, Melanated Social Work advocates to end the stigma around mental health in Black and Brown communities and works to ensure mental health professionals are culturally competent.  You can purchase her album via her Bandcamp page HERE.

“These songs were written while navigating my early 30’s and the self-perceptions, dreams, needs, and struggles that constantly arose.  They’re meant to be a snapshot of this very human thing we do, where we claim identities for ourselves, identities we feel both comforted and limited by, identities we develop entire stories and lives around.  I tried to capture the unclear, constantly shifting nature of it all.  Sometimes it meant combining a lot of eclectic sounds…sometimes it meant adding more space to the music.  But never did I imagine I’d be releasing these during such a difficult time for the world.  And as we wake up to the systems that are failing us -the justice system, the health system… I feel even more passionate about sharing them.  There is this collective global cry for more art right now.  To help us express, reflect, release and unite us.  To help us reexamine on a personal level who we’ve become, what we want to be, and what needs shifting in our lives.  And maybe even to bring some peace, joy, or healing.  The process of writing these songs has done that for me, and my only hope is it can do this for others as well.”  You can follow Lia Menaker and stay up-to-date on all upcoming music and artist news via the following links.  Photo credit: Liora Arianna Photography.