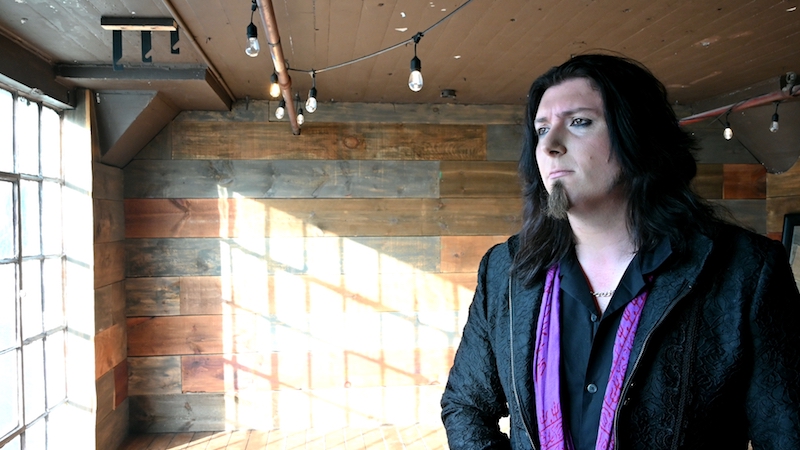 Kore Rozzik is back and ready to show fans a side of Kore they haven’t seen before with an American version of “Timelessness”.  The NYC based band, that’s been known for their punch you in the face riffs and classic metal sounds, shows a sensitive side with this power ballad.  The track was produced by long-time collaborator Anthony Lopardo (Westfall Studios).  “Timelessness” translated from “ безвременье “ was originally written by Sergey Mavrin.  Mavrin, a Russian musician and composer who is credited as one of the best guitarists of the Russian metal scene, is one of guitarist Andrei Patorski’s biggest influences.  “To this day my favorite band is Aria” says Patorski.  “Sergey was their guitar player for eight years.  The first concert I ever saw when I was thirteen- he was there.  So covering this song meant a lot to me”.  The pair translated the lyrics from Russian to English which Kore said was “Very fun and interesting”.   “When you translate words from one language to another it doesn’t always make sense,” Kore says, “So we took a lot of key phrases and then added our own stuff into it.  I put my own personal experiences in the song from what I was feeling at the time.  We all experienced some form of trauma during the pandemic; many people lost family members to Covid.  Due to personal differences or politics, lost friends, break ups with girlfriends etc.  We all felt some sense of loss during these times and this song goes out to everyone who lost.”

Kore Rozzik has risen from the underground to give the rock community the breath of fresh air it desperately needs.  Fans have described the live show as “Organized Chaos” and “a true high energy rock and roll experience”.  Their live sets on tour have earned them the reputation as a can’t miss live act.  Variety is key to the Kore Rozzik sound which contains classic metal vibes with a modern day twist- think of Alice Cooper and Motionless in White in a blender.  After years of organizing their own events and supporting national acts in New York City, the band finally broke out and began playing festivals and DIY tours with the likes of Bunny The Bear and others in 2017.  After the release of their first official music video “Mistress”, the band began to gain more fans and simultaneously naysayers.  Many considered the video controversial due to its horror and suggested violent undertones.  Nevertheless, the band was signed to Cleopatra Records and released its debut record “Vengeance Overdrive”.  A bold move for a new act, Vengeance Overdrive was a detailed concept record featuring connected songs and skits based around the character of Kore Rozzik, aka The Bastard Child Of NYC.  The record hit a nerve with many classic metal fans as it told the story of a misunderstood musician who just wanted to be a rock star. With themes of slander, bullying, horror and the occult, it has become a cult classic among many fans.  As the record hit the Metal Charts the band embarked on their first mainstream national tour supporting the also controversial figurehead OTEP.  The band was well received and continued touring thereafter as much as they could to support the record.  In 2019, the band landed a tour as direct support for globally renowned guitarist Nita Strauss (Alice Cooper).  The band had truly arrived as fans and tour mates respectively gave Kore and the band their seal of approval.  The tour got rave reviews night after night and further expanded Rozzik’s new fanbase penned the “Kore Locos”.  With the aftermath of the covid pandemic the band is back in the studio putting the finishing touches on new music.  A few singles will be released and hit radio in late 2021.  The band is currently back in the studio working on new music and busy rehearsing for some late summer warm-up shows.  You can connect with Kore Rozzik via the following links and stay updated on all upcoming news via the following links: