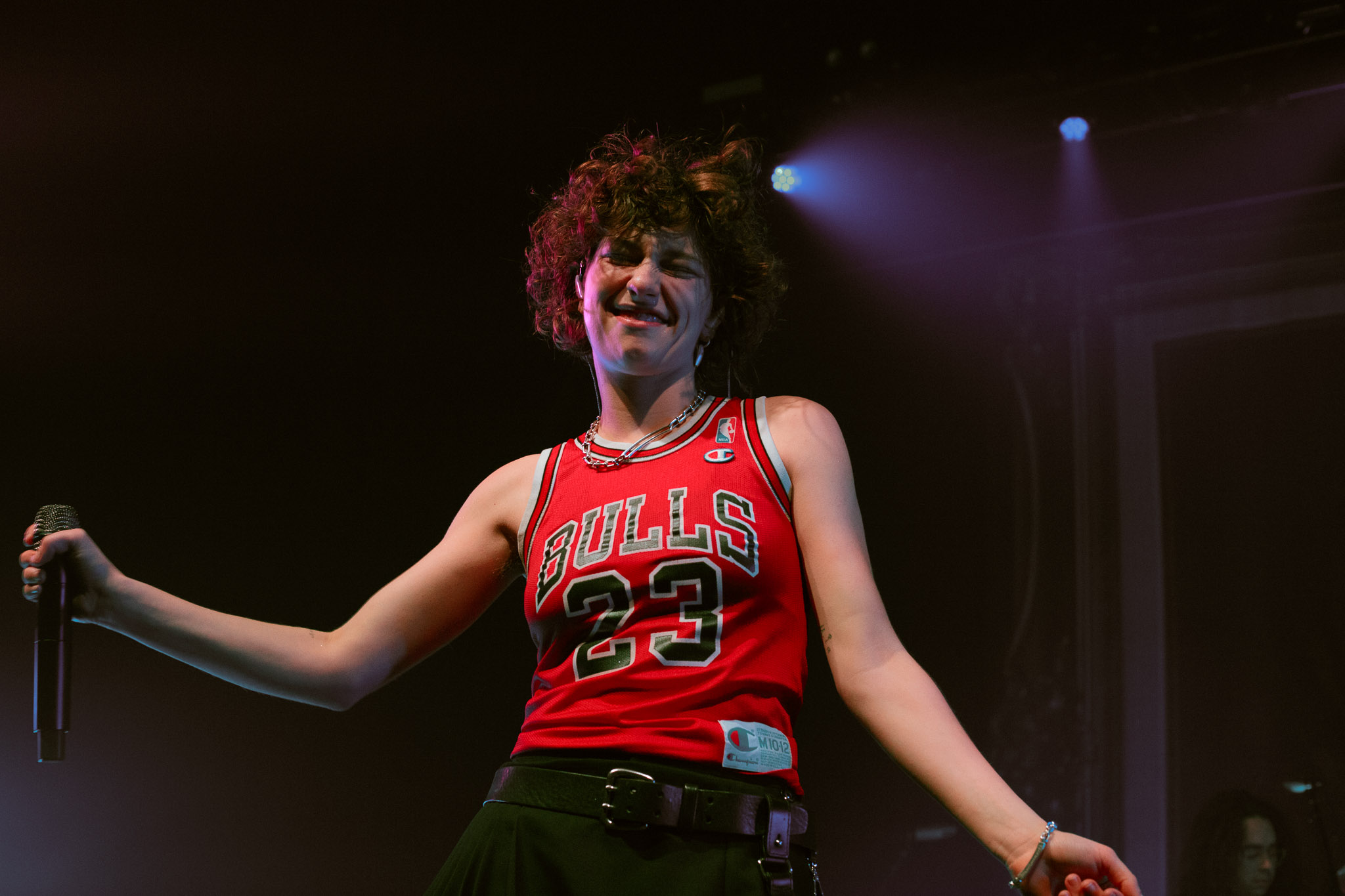 It’s all been fast moving for Mikaela Straus, better known as King Princess, since she dropped her debut single “1950” in the winter of 2018. Although being exposed to the music industry from an early age through growing up with an audio engineer father, the single in early 2018 would be her first time putting her music out into the world. Her first EP, Make My Bed, came out just five months later.

In October of this past year, King Princess released Cheap Queen, her debut full-length record which she wrote and produced herself. As she so bluntly described it onstage at the Riviera in Chicago this past Wednesday night — “It’s really good.”

The album contains 13 soulful tracks, every single one of which she performed live that evening to a sold out crowd of 2,500 people. An intricately fabricated stage setup hosted King Princess and her band, with a small rainbow flag affixed to her bassist’s amplifier so it was clear to everyone that the she and the space she provided were both queer. I don’t suppose anything could make that clearer than the 6th song on the set list, “Pussy Is God.”

On her current run, she’s brought Kilo Kush and each night, welcomes a different local drag queen onstage to perform before her set. Chicago’s date was graced with Irregular Girl, who stunned the audience with a performance of “Cellophane” by FKA Twigs. The tour wraps up on February 14th in Kansas City before she prepares to open on a European run with Harry Styles.