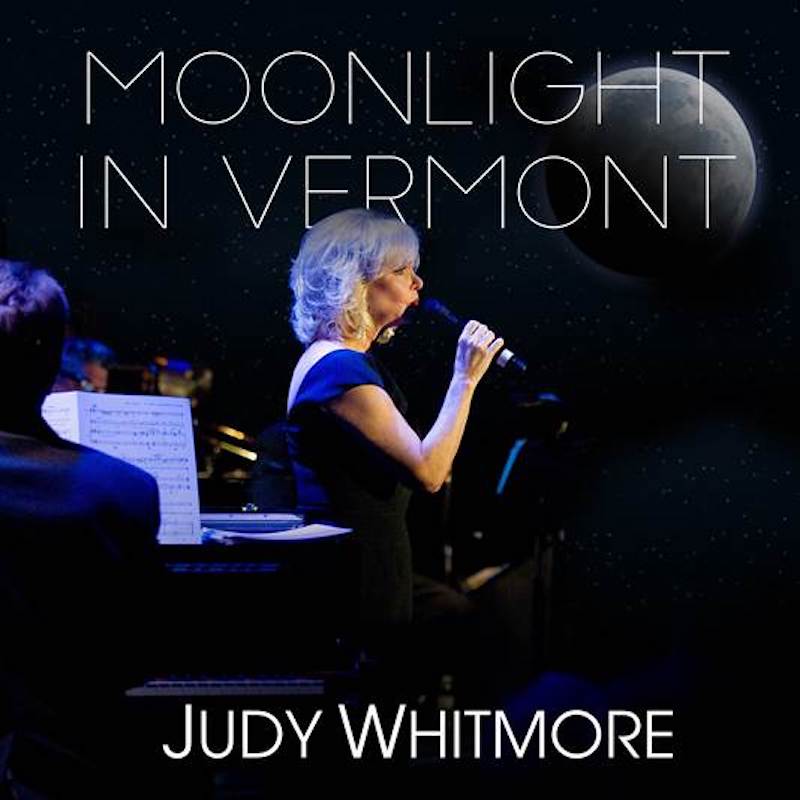 Renowned vocalist, pilot, best-selling author, psychologist and theater producer Judy Whitmore has released the music video for her new single, a reimagination of “Moonlight in Vermont,” featuring live performance footage and animation that transport listeners to more tranquil times. Upon having a deep, emotional reaction to first hearing the song as a teenager, Judy was enamored by the track’s detailing of nature. While recording it, she pictured that she was in Vermont among the mountain streams, sycamore trees, ski trails, and snowlight. The single serves as a precursor to Judy’s second studio album due later this year. “When I was ten years old, my mother was driving me to my piano lesson. She turned on the radio, and that’s when I heard ‘Moonlight in Vermont’ for the very first time. I told her it was the most beautiful song I’d ever heard,” shares Whitmore. “I kept going on and on about it. Unexpectedly, she parked the car in front of some stores and told me to stay in the car. In a couple minutes, she was back. She handed me a slim paper bag. Inside was the sheet music for ‘Moonlight in Vermont.’ I was ecstatic! This song reminds me what a wonderful mother she was.” The single is a follow-up to Judy’s recently released full-length debut album Can’t We Be Friends, where she dove headfirst into the Great American Songbook reimagining 12 staples with fearlessness, fire, and finesse along with the music video for the title track, “Can’t We Be Friends” about the frustrations of love. Recorded at Capitol Studios alongside collaborators John Sawoski and GRAMMY® and Emmy Award-winning composer Michael Patterson, together, they’ve created a love letter to the Great American Songbook featuring classics such as “It Had To Be You,” “S’Wonderful,” “Can’t We Be Friends,” and many more.

Born in New York City and raised in Studio City, California, Judy is named after the legendary singer Judy Garland, a friend of her grandfather who played violin in the MGM Studio Orchestra. Judy’s first foray as a vocal artist and performer began during college when she sang background vocals for Capitol Records in Hollywood, where she returned to record Can’t We Be Friends. Although she had a promising career ahead of her, Judy’s journey took a detour. Marrying young, she and her husband first settled in Beverly Hills and had two children, but soon moved to Aspen, Colorado to raise their family in a more rural environment. It was here that she befriended her closest neighbors, Annie and John Denver. John coaxed Judy into confronting her fear of flying by inviting her to board his private plane, Windstar One. The experience was so powerful that it inspired Judy to earn her commercial pilot’s license, eventually working search-and-rescue missions for Pitkin County (Aspen) Air Rescue, which later influenced her best-selling novel, Come Fly with Me. Judy’s passion for the performing arts would never be too far out of sight. In 2014, she co-founded the cabaret group, ACT THREE with her brother Billy (a featured vocalist on Can’t We Be Friends) and her neighbor Lynn. The trio brought timeless standards to life at legendary venues including Carnegie Hall and the Ritz Hotel in Paris. Their journey to Carnegie Hall was chronicled in the award-winning documentary film, Once Upon a Dream. Through all of those accomplishments, Judy always felt that something was missing. She knew it was time to get that magical box of dreams she had stored away all those years ago, embrace that music career she’d always dreamed of and soar on her own. In 2018, Judy ventured onto the stage alone with her show-stopping, cabaret-style vocal act. She garnered critical praise from The OC Register and Los Angeles Times, who noted, “[she] has a bit of a Judy Holliday comedic edge” and “tackled some tough ballads with style.” With new music on the way, Judy reaches new altitudes and gives the extraordinary works created within the Great American Songbook a new flight.  You can connect with Judy Whitmore via the following links:
Website | Facebook | Instagram | Twitter | Spotify | Amazon | SoundCloud