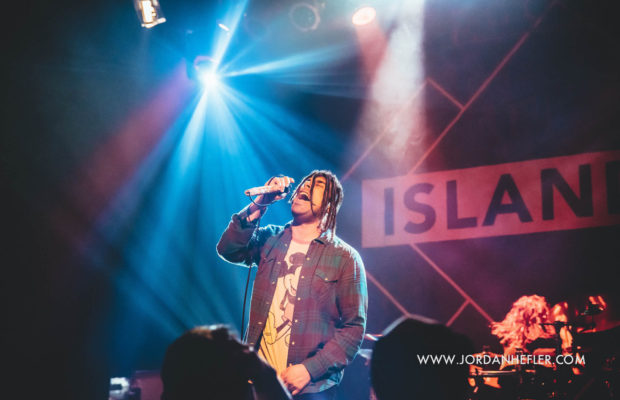 Being local to Baton Rouge, it’s not as common for me to get to cover bigger, relevant acts without having to drive to New Orleans or Texas. I was ecstatic to catch Islander, Bad Seed Rising, and local opener Ventruss at the iconic Varsity Theater just outside the gates of Louisiana State University. Ventruss, a local metal/hard rock outfit, had the crowd warmed up and rallying for the rest of the acts. After surveying the crowd, it was clear that most people came out very excited to see Bad Seed Rising after catching them at their debut Vans Warped Tour in New Orleans just a few months ago. I had gotten to interview them and hang out with them before the show, so I was eagerly awaiting their performance as well. Their raw musical talent solidifies their spot in the rock scene, even at an age younger than most of the bands they tour with. Although their music is different than that of Islander, it is obvious why they mesh well on a tour together: Both bands have energy on stage unlike any other. Islander thrashed around on the stage and delved right into a fresh yet heavy set. It is clear that Islander has a sound and image all their own, sporting dreadlocks and dinosaur tales while leaping across the stage to brutal breakdowns. The performances by all three bands were anything but stagnant. Be on the lookout for our interview with Bad Seed Rising in the next print issue!

Be on the lookout for the next print issue, featuring an interview with Bad Seed Rising!