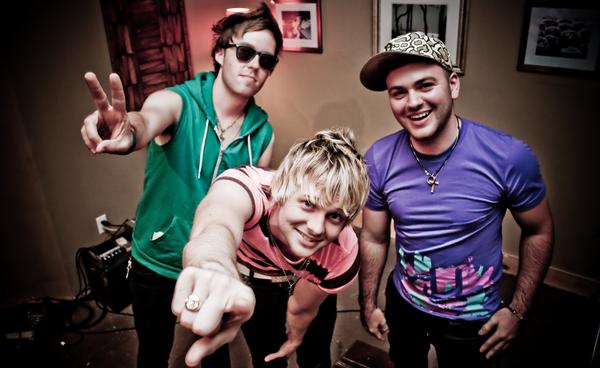 How did the band form?
We all went to high school together and played in a few different bands in the Massachusetts scene. The band formed in the winter of 07. We spent about a year writing songs for what would become our debut EP. Since then we’ve released a full length called “Connected” which features songs from the EP. That’s in stores now and on iTunes.

If you could only be able to say one word for the rest of your life, what would it be?
That’s an interesting question. I’m gonna have to say “Word!” cause I say that a lot. ha.

What would be your dream tour?
Blink 182, Jimmy Eat World, Phone Calls From Home!

Who is your celebrity crush?
Taylor Swift. She is gorgeous. I’m a big country fan as well.

Who do you get in fights the most with in your band?
I’m going to say Zack. He’s fun to play with sometimes but we all get along very well for the most part.

What’s the best tour memory you’ve had?
Playing our first show in NYC was a great experience. for all of us. We were on tour with Every Avenue and Valencia at the time. The show was sold out 950+ kids. It was incredible.

What is the songwriting process like for you guys?
Dave will come up with an idea for a chorus and we’ll all come together and share our ideas. We’ll demo it out and kind of nit pick and see what we can do better. Dave is the main song writer. I (Jeff) kind of play the producer role. Zack is the creative one. He comes up with the best stuff when he’s not even thinking about.

Who is your guilty pleasure band?
David Archuleta. That boy can sing!

Do you have any advice for new bands starting out? Or kids who want to start a band?
Have all of your ducks in a line. Work the internet as much as possible. Network network network. It’s all about who you know unfortunately.

Where is your favourite venue to play, and city?
The Norva in Norfolk, VA is incredible. The backstage area has a basketball court, a bunch of showers, laundry, big screen tv’s, pool and if you’re cool enough, there’s a hot tub in the headliner dressing room.