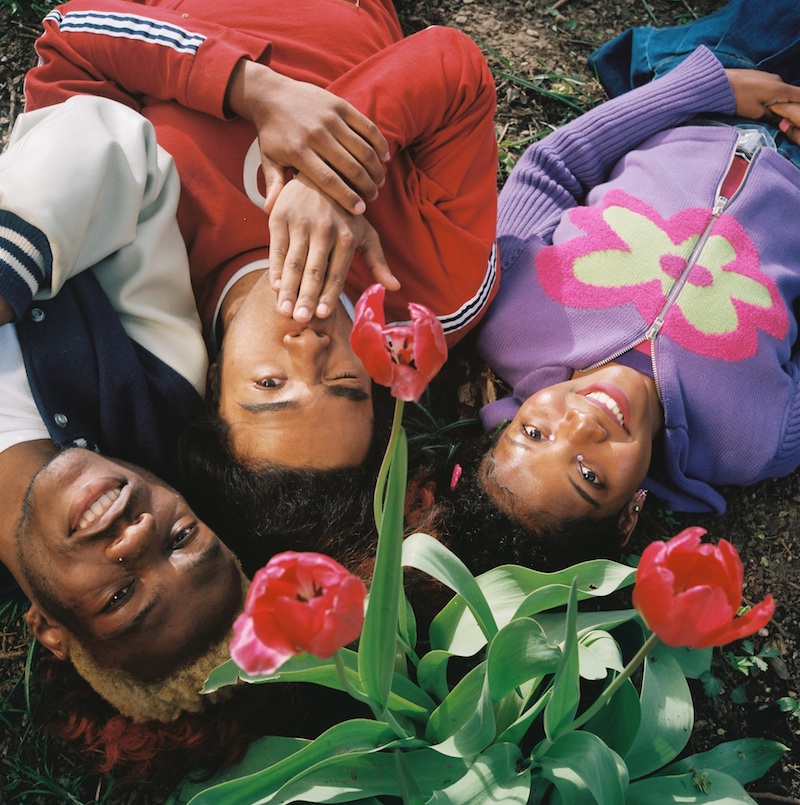 BLACKSTARKIDS have released their brand new single “JUNO,” the first track from their debut album Puppies Forever out this Fall via Dirty Hit.  “JUNO” is an indie-pop bop which embraces BLACKSTARKIDS’ nostalgia for their upbringing in the 2000s while pushing off the negative feelings associated with growing up and being pressured to figure out where you’re going in life. The serotonin-laced video for “JUNO” was directed by BLACKSTARKIDS with Manny from alt-rap collective AG Club serving as Director of Photography.  “‘JUNO is a really honest reflection of how we were feeling at the time of working on the album, which is why we wanted to lead with it,” says BLACKSTARKIDS on the single. “In context of the album, it’s one of the more personal and reflective moments.”  On November 1, BLACKSTARKIDS will embark on a nationwide, 26-date tour alongside Christian Leave in support of beabadoobee that will include a hometown show in Kansas City and stop in major cities such as New York, Los Angeles, Washington, D.C., Chicago, Dallas, Austin, San Francisco, Boston, Atlanta, Seattle, and more.

Receiving critical acclaim and praise from MTV, UPROXX, Billboard, Alternative Press, Ones To Watch, Rolling Stone France, The Line Of Best Fit, DIY, Coup De Main, and more for their shimmering Gen-Z anthems, BLACKSTARKIDS are well on their way to indie stardom.  Last year, BLACKSTARKIDS released their full-length project Whatever, Man – the final piece to their “black coming of age trilogy” following projects Surf in 2020 and Let’s Play Sports in 2019. Whatever, Man incorporates each member’s wide-ranging influences into one body of work and is fueled by the sounds of artists from Toro Y Moi, N*E*R*D*, Smashing Pumpkins, and Weezer, to Outkast, Odd Future, and A Tribe Called Quest.  A winding maze of surprise and discovery, Whatever, Man’s string of critically acclaimed singles – including “BRITNEY BITCH,”FRANKIE MUNIZ,” “ACTING NORMAL,” and “TANGERINE LOVE” – grasp their blissful DIY sound, which blends garage rock with synth-punk and hip-hop to usher in a new surge of indie. The body of work also features the track “FRIENDSHIP,” which contains personal messages from fellow Dirty Hit signees Matt Healy of The 1975, beabadoobee, and more.  By seamlessly creating an intersection of topical and timely nostalgia and relevant pop culture references, BLACKSTARKIDS – Ty, Deiondre, and The Babe Gabe – have demonstrated their depth as musicians as well as their witty personalities to be called a “90’s baby literacy test” by Earmilk.  Now, gearing up for the release of their debut album Puppies Forever, BLACKSTARKIDS are ready to share how their experiences have made them who they are and how they fit in to society today.  You can connect with BLACKSTARKIDS via the following links.  Check out their upcoming tour dates supporting beedabobee below.  Photo credit: Jake Kelly.