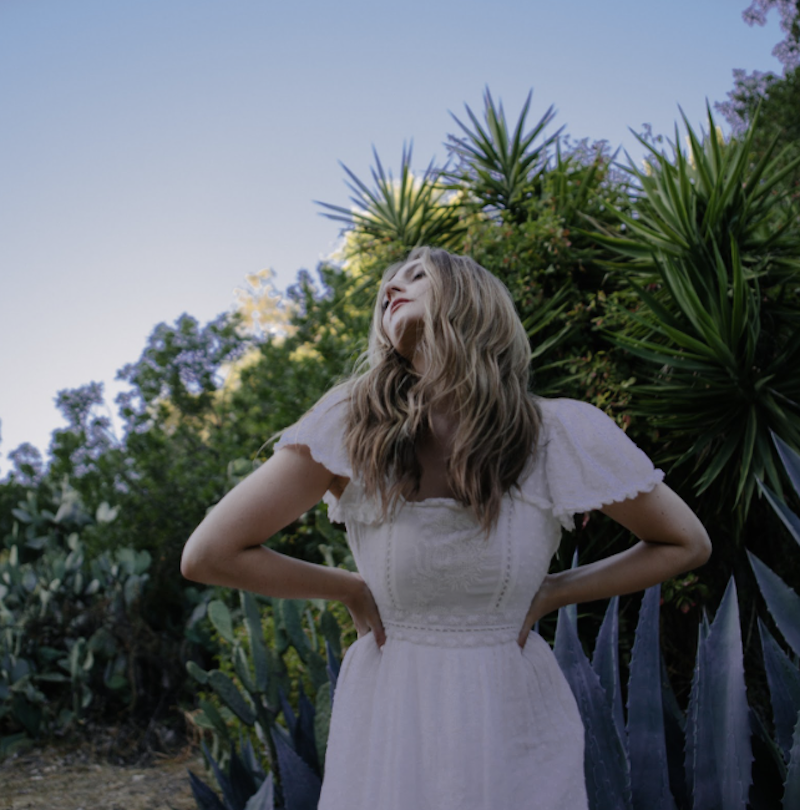 Singer-songwriter Taylor Grey has released her captivating new album Twilight Hour, available on all music streaming platforms, which includes recent standout singles “Idiot” and “Ever Knew Me.” The indie pop songstress’ latest album is a deeply personal body of work that explores her experiences with heartbreak, self-discovery, and complex relationships. Audiences have gotten a taste of these subjects throughout the past months with the recent singles alongside the accompanying music video for “Idiot” which brought back nostalgic vibes of the 2000’s. Creating an immediate impression on the release, the focus track “How The Story Goes” radiates with an extremely catchy melody bolstered by Grey’s vocal performance. As one of the most fun and up-beat songs on the album, it is about being completely wrapped up in the excitement of a new relationship despite the fact that in the back of her head she knows, “‘nothing lasts forever.” The wistfulness portrayed in “How The Story Goes” will have you wanting to cherish the moment.

Every song on the album tells a different story, and grappling with those harsh emotions while trying to move forward. This is perfectly captured on the track “Who Am I?” which features a sweet melody combined with soft and comforting vocals. Hard hitting lyrics such as “But I let you take my habits and parts of me that weren’t yours to lose” do an impressive job. “Forest Fires” is a deeply emotional track that features intense soul-searching. The ethereal vocals combined with the repetition of lyrics such as “Just a mirror of what everybody wants, Who am I when the curtain’s drawn?” create a haunting musical dichotomy that expresses growth and recovery from depression. The thoughtfulness present on this track is one of the moments where Grey truly shines. Another standout on the album is the song “8 Whole Years, ” which examines how friendship breakups can cut just as deep, it not even more so than romantic breakups. The track perfectly captures the bittersweetness of fond memories mixed with the knowledge that things will never be the same. As she reflects lyrically, “falling fast from the pedestal, now you condescend. Wasted 8 whole years when I couldn’t pay your dividends,” the song is an ode to how a friend can toss you aside when they realize the social status that you do not have. “Smoke You Out” is a track specifically inspired by the poem,”From the Antique,” by 19th century poet Christina Rossetti and “The Awakening” a book by Kate Chopin – both literary works that inspired Grey’s journey with feminism. This is a hopeful melody, despite some heavy topics as it addresses attempting to escape the weight of the patriarchy while acknowledging its omnipresence. “Breathe me in and smoke you out,” highlights Grey through her voice, as she is figuring out who she is and rids herself of internalized misogyny and a life script that was given to her.

The pleasant melodies leave listeners inspired despite any of the sensitivities that are present. Taylor Grey’s Twilight Hour is an atmospheric and emotional ride that has something to offer everyone whether they are dealing with heartbreak, friendships gone awry, or just trying to find themselves. Be sure to listen to Twilight Hour on your digital platform of choice today.

Taylor Grey is an American songwriter and performer who started creating a name for herself in the music scene in 2016. A Northern California native, Taylor is a prolific recording artist navigating today’s contemporary Pop landscape with an air of authenticity mixed with a natural vulnerability. Combined with her pop career, she’s a recent graduate of  Stanford University. Her astonishing work ethic has produced a balanced student-work mentality, making her an inspiration to many young aspiring artists who are determined to pursue an education and be involved in music. With over a million streams on Spotify alone, the 21-year-old is poised to take her career to the next level,  as a signed artist with Kobalt Music Group. You can connect with Taylor Grey via the following links. Bio taken from press release.