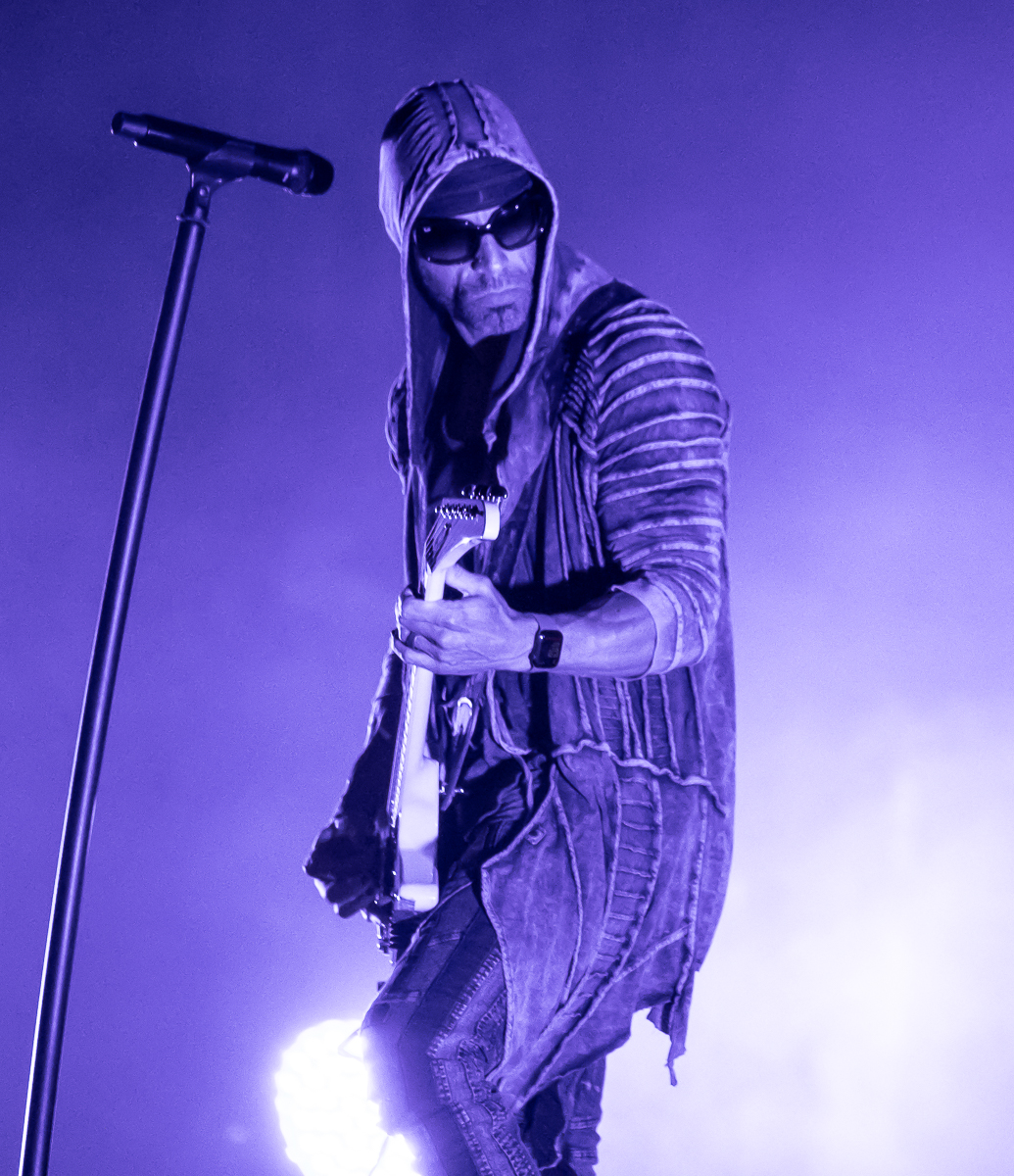 Chris Daughtry brought his Dearly Beloved Tour to Louisville recently to a packed house! Having released his latest album, Dearly Beloved, last year, the crowd was packed with fans who were ready to have a fun night! Opening the show this evening was Michigan rock band Pop Evil.  The band opened with “Eye of The Storm” and performed a few songs from their latest album Versatile, including “Work”, “Breathe Again”, and “Let The Chaos Reign”, along with older tracks such as “Deal With The Devil”, “Footsteps”, and “Trenches”. Pop Evil always puts on a fun and high energy set and this evening was no different. Singer Leigh Kakaty asked the crowd midway through the set, “How many people are seeing Pop Evil for the first time tonight?”, to which several people cheered. “On behalf of these 4 guys and one badass drummer, we are grateful to be playing music for you tonight!”. The band then brought out Blake Allison from Devour The Day to guest sing on their next song. Later, Kakaty joked with the crowd that the band was going to finish their set early and let everyone get prepared for Daughtry, to which the crowd booed! “I’m getting the vibe that you want another song! This is your last chance to put your metal hands in the air!”. The band ended their set with “Waking Lions” and as they exited the stage, Kakty shouted “Thank you KY! Peace. Love. And Pop Evil!”.

Next up was Daughtry! Coming out on stage with a light hooded jacket and sunglasses, the band started out with “Desperation” from Dearly Beloved. They performed several other tracks from the new album, including “World on Fire”, “Changes Are Coming”, “Dearly Beloved”, and “Heavy Is The Crown”.  About halfway through the set, he addressed the crowd, saying “It’s been a day for me. Today would have been my daughter’s 26th birthday and I’m trying to keep it together. This was one of her favorite songs. She was one of the first people to hear it. This is for Hannah.” He then performed a beautiful acoustic rendition of “Waiting For Superman”. A couple of songs later, he told the crowd “The next song is from the new album and put us back on the charts after 10 years! If you had a part of that, thank you!” before launching into “Heavy Is The Crown”. Daughtry was incredibly engaging with the crowd throughout the set and really had fun chatting with the crowd. At one point, drummer Brandon Maclin gave one heck of a drum solo as everyone else exited the stage! Near the end of the set, Daughtry announced “What do you say we take you back to 2006?” before performing their smash hit “It’s Not Over”, which had the crowd singing along in unison.

Ending their set with “September”, they briefly left the stage before coming back out for an encore. In high spirits, he told the crowd, “We’re not done yet! It’s not time to go home yet! It’s been an incredible night. Thanks for being here with us.” He then told a funny story, saying “Whenever I’m out somewhere, someone always comes up to me and tells me they are my biggest fan and that they love that one song I sing. Well Louisville, here’s that one song. If you don’t know the words, just make some shit up! I’ve been hearing the wrong words for 15 years!”. The band then performed “Home”, partially acoustic, with the stage lights dimmed and the crowd singing their hearts out with their cellphone flashlights lighting up the venue! It was a special moment for sure! “Thanks again for spending your hard earned money to come and see us. We are grateful for all of you keeping us alive for 15+ years. Spread love and kindness. That’s what changes the world. We’re gonna leave you with one more!”, ending the evening with “Asylum”. Between the incredible stage lighting, the high energy, and the crowd sing-alongs, it was a really fun night that was filled with an infectious positive energy! Let’s all hope Daughtry makes a return visit soon!