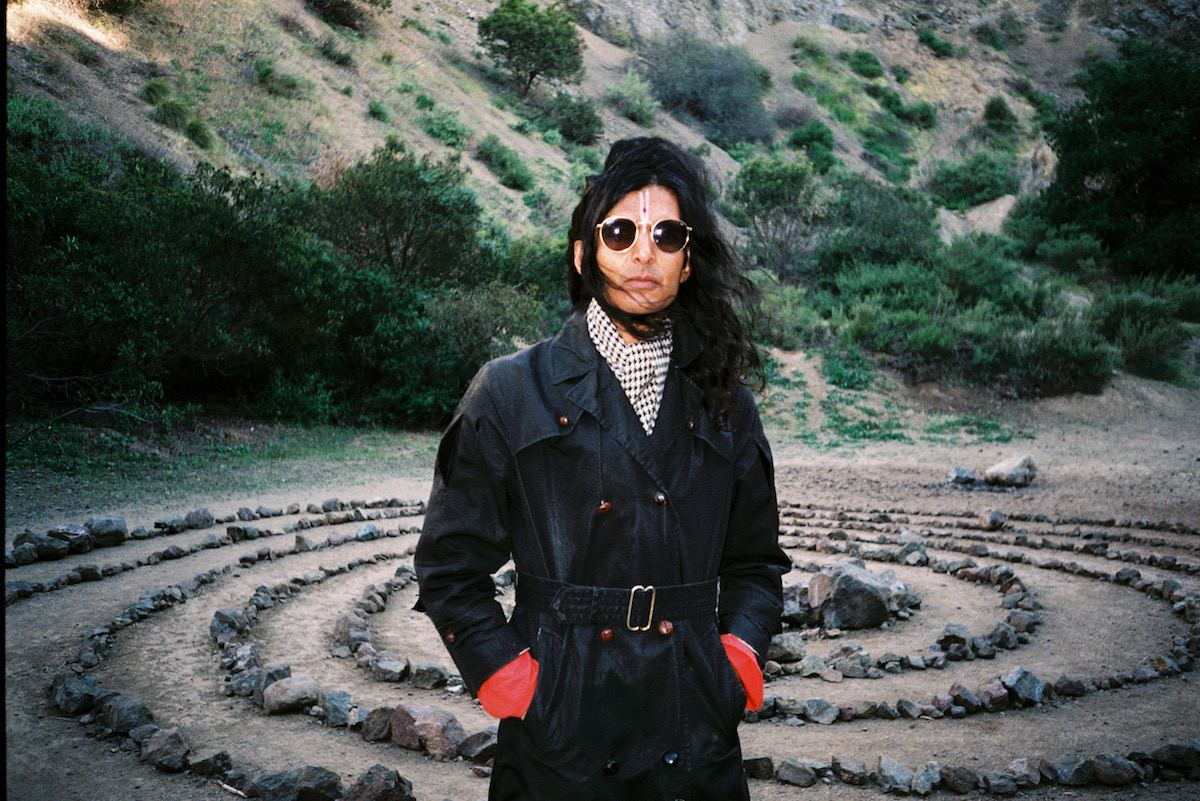 “I wanted to be able to hear my voice without any trace of self-consciousness, without overthinking it, and let the lyrics keep their presence,” says acclaimed Los Angeles singer, guitarist and songwriter Imaad Wasif about the recording of his gorgeous new album So Long Mr. Fear (release date: August 9, 2022 via Sonic Ritual).  Tracked mostly in isolation but in conjunction with producer and long-time collaborator Bobb Bruno of Best Coast, So Long Mr. Fear is an intimate record that showcases Wasif’s clear and crisp vocals amid lush instrumental arrangements that belies its actual remote recording arrangement. “We built a tunnel through the goddamned pandemic,” Wasif says, “and though we never saw each other during the making of this, we were connected in the ether, sending songs back and forth to arrive at their completion.” The first single “Fader” features vocals by Jen Wood (The Postal Service, Tattle Tale) and houses the spellbinding couplet, “If I die next to you there would be no defeat/Only glory that would shine down on me.” Wasif and his collaborators harness piano, keyboard and long, moaning guitar notes that drift through the measures. Wasif so understands his instrument that not only can he mesmerize through his seemingly effortless expertise with six strings, he can convey three gentle, reflective notes to paint entire landscapes.

“The isolation of that first wave [of the pandemic] was strangely freeing for me, being able to record in the moment of inspiration at any hour,” he recalls. “The whole process helped me understand that the key to recording my songs is that I have to build everything around my vocal, which is not the modern way. That’s why I did the vocal and piano/guitar live and kept it to the first or second take.”

Tender yet enigmatic vulnerability is reflected effortlessly in the album’s ten tracks. Largely acoustic and warmly produced to allow his vocals the space to breathe, So Long Mr. Fear utilizes atmosphere and texture to occupy the same wavelength as rhythm and melody to soaring heights. “I wrote a lot of the songs on piano as if following the blind guidance of an Oblique Strategies deck,” he says, citing the card-based approach created by Brian Eno to hasten creativity. “In the end, some ended up calling for open tuned guitars, but the whole idea of writing songs on an instrument that I was limited in my understanding of totally opened up a new part of me. It took away my sense of comfort and control in songwriting. Not knowing where I was going proved to be the way to find myself. This album is definitely the closest I’ve come.” Bursting with this newfound sense of creative urgency, the album opens with the appropriate named “Elemental,” a track that opens with the simple yet exquisite interplay of an acoustic guitar with Evan Haros’ sitar, adding a plush bed for his contemplative vocals. Yeah Yeah Yeahs’ Karen O lends her vocals on “Poet Of The Damned,” adding an ethereal layer to the dark ballad in which the two vocalists lyrically recall walking floors in search of common threads, holding keys to the Doomsday Machine, and crawling out of basements to witness the narrator’s “downfall as the poet of the damned.” He explains, “The lyrics for this song came in phases over the course of a year and it became perfectly emblematic of the darkness that I felt and the darkness of the new world, offering this cinematic yearning from within the apocalypse. Karen’s vocals on that song are perfectly haunting too.” The title track “So Long Mr. Fear” carries special resonance for him as it was not only a reflection of the synchronicity that he and Bruno share but also an inspired union of his writing persona and his own self. “This song is a huge breakthrough for me,” he explains. “The song had gone through so many iterations before I arrived at that version and that sinister beach vibe came like a bolt out of the blue one day when I sat down at the piano. Then Bobb did his mutated ‘Surf’s Up’ thing to it. I wanted to write a song for the fears that I felt were and still are universal. It’s rare that the persona I become in a song actually reflects back in the mirror, but this one is clearly there.”

With five critically-hailed previous albums under his belt, So Long Mr. Fear is the sixth solo album for this accomplished artist. During Wasif’s life as a musician he’s been with bands including early slo-core noise rock duo lowercase; psychedelic folk group alaska!; and Sebadoh/Dinosaur Jr. member Lou Barlow’s project the Folk Implosion. Those not familiar with his riffs and solos for Electric Flower Group, Grim Tower and ACID might recognize his electrifying work as a touring member of the Yeah Yeah Yeahs.

“The songs are laid bare for the taking and I can’t walk away,” he concludes. “To be intimate with an audience is perhaps the greatest conflict I’ve encountered in my work, on one hand wanting the connection but at the same time shying away from ever allowing myself to getting too close, for fear that some great mystery would be dispelled. In the end though, here we are again, alone together in this music.”