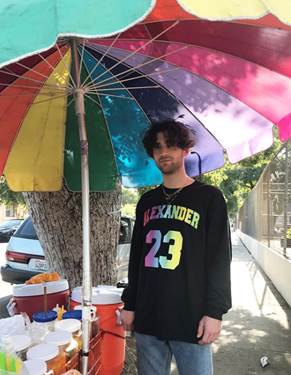 The Chicago-born and LA based pop artist Alexander 23 has seen a rapid rise in popularity since he released his debut song “Dirty AF1s” earlier this year. The song premiered on Apple Music’s “Bop of The Week,” was featured on Spotify’s “New Music Friday,” and has over 4m streams across all platforms.  He recently wrapped up a sold-out tour opening for Alec Benjamin and has seen a steady increase of fans with each new single he’s released. Less than 3 months ago he had 1k Instagram followers and today he has over 16k.  Despite releasing only 3 tracks, while on tour he played new material and his new fans quickly learned all the words to music that hadn’t even been released.  He recently released his latest track “Mars” along with an accompanying video that you can watch below.  You can follow Alexander 23 and stay up-to-date with all upcoming artist news, new music and tour dates via the following links.  Make sure to catch him performing a hometown set at this year’s Lollapalooza on August 1st!  You can also catch him the night before at Reggie’s Rock Club in Chicago.